Accessibility links
In India, Sex And A Setback For The 'Morality Police' A Supreme Court ruling upholds the right of couples in India to live together without getting married and hands a victory to an outspoken actress whose comments sparked a national debate over premarital sex and cohabitation.

In India, Sex And A Setback For The 'Morality Police'

In India, Sex And A Setback For The 'Morality Police' 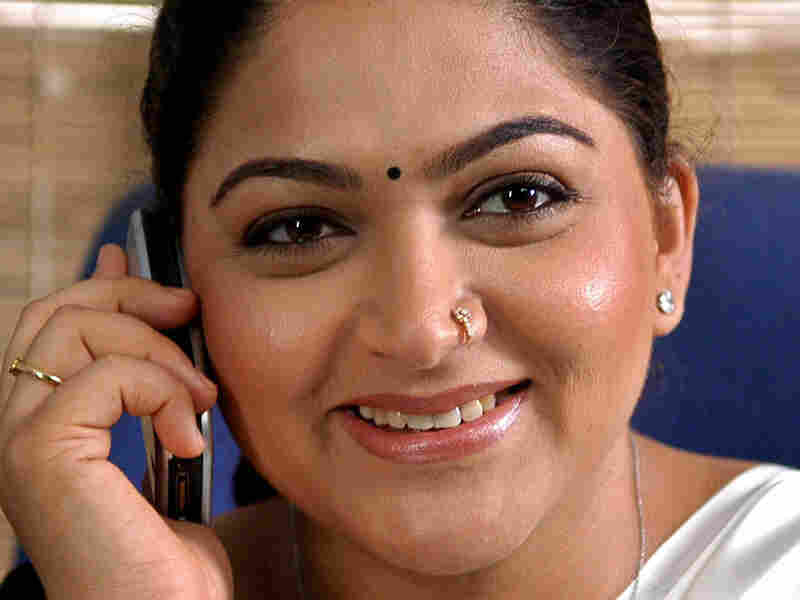 Indian actress Khusboo speaks on a mobile phone during a film shoot in Madras, India, in this 2005 photo. Khusboo's comments — supporting cohabitation and saying Indians should not expect brides to be virgins — sparked outrage and legal action, leading to this week's Supreme Court ruling. AP hide caption 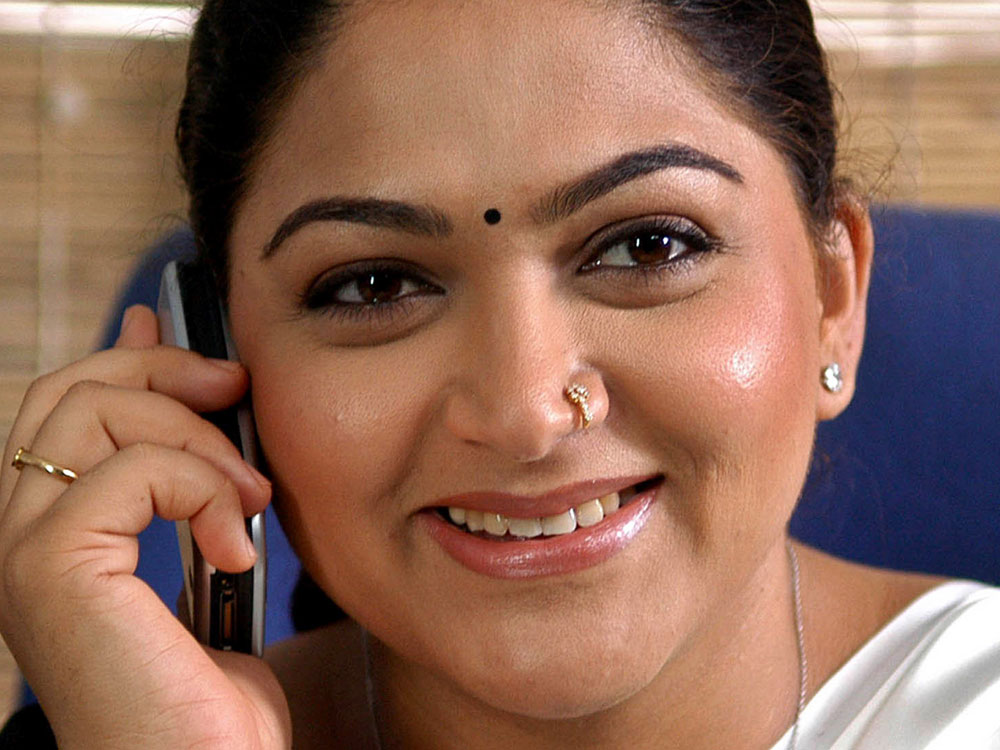 Indian actress Khusboo speaks on a mobile phone during a film shoot in Madras, India, in this 2005 photo. Khusboo's comments — supporting cohabitation and saying Indians should not expect brides to be virgins — sparked outrage and legal action, leading to this week's Supreme Court ruling.

A cultural war is simmering away in India.

It is being waged between those willing to embrace social changes that come with fast economic growth, and those who see these as a threat to their traditional values.

This week it flared anew after India's highest court concluded that couples have the right to live together without getting married — and gave an unusual scolding to India's so-called morality police.

Many people who live in Western consumer societies would scarcely bat an eyelid at such a ruling. But in India the issue touches on a fault line.

The central figure in the court case was an outspoken actress called Khusboo. She is considered a huge star in south India where she has starred in dozens of Tamil-language movies. Some of her fans were so besotted with her glamour and talent that they dedicated a temple to her.

Khusboo's crime in the eyes of those "morality police" was committed in 2005, when she stated in media interviews that she saw nothing wrong with sex before marriage or with unmarried couples living together.

At the time, she was promoting AIDS awareness: She also reportedly spoke of the need for young women to take precautions against pregnancy and sexually transmitted diseases.

In much of India — particularly rural India — this is a very touchy subject. Arranged marriages are still the norm and are determined by caste, wealth and education. The extended family lies at the heart of Indian national life. Sex out of wedlock is kept as secret as possible.

Khusboo's remarks so enraged some Tamil citizens groups and hard-line Hindu activists that they filed no fewer than 22 criminal cases against her. They accused her of leading young people astray and of causing general chaos by destroying the hallowed institution of marriage.

Taking Her Critics To Court

Khusboo decided to fight back. Eager to get her detractors off her back, she went to India's Supreme Court and asked it to dismiss the complaints against her. The court agreed; it accompanied its findings with some surprisingly unsympathetic remarks directed at her critics.

In its ruling issued Tuesday, the three-judge panel decided that the actress was perfectly entitled to express her views. It felt these views were her personal opinion, a matter of free speech, and stated there is no law prohibiting a live-in relationship or premarital sex.

The judges also pointed out that living together is part of of the constitutionally protected "right to life" and that India's Supreme Court has already recognized cohabitation in earlier rulings.

And they demanded to see some hard evidence that Khusboo's words — uttered five years ago — had actually damaged any families or harmed the young. (None was produced.) After all, argued the judges, this is hardly likely in the age of the Internet, when the young have access to all sorts of material.

The case is the latest of several high-profile squabbles in India over public morality and over the changes in the country's cultural values that have come hand in hand with its shift toward a consumer economy.

Last year, some Hindu zealots were so infuriated by the sight of young women drinking alcohol in a south Indian bar that they barged in and roughed them up.

The incident outraged thousands of Indian women, who responded by collecting as many pairs of pink panties as possible and sending them to the organization behind the attack.

India's legal system is frequently legitimately criticized for being slow and — in some areas — corrupt. But the Supreme Court's ruling in the Khusboo case has been generally welcomed by India's media.

In an editorial Friday, The Asian Age, a widely respected English-language newspaper, condemned the "frothing at the mouth" over Khusboo by the "gung-ho morality brigade" and praised the panel's ruling.

The newspaper acknowledged that until recently "a live-in relationship was far from being the norm" in India.

But it added, pointedly: "So was women living on their own in big cities, women working, or women working night shifts in pursuit of a promising career."