Accessibility links
The Tea Thieves: How A Drink Shaped An Empire Sarah Rose's For All the Tea in China tells the story of how Britain hijacked control of the 19th century tea trade by transplanting production of the popular drink to India. 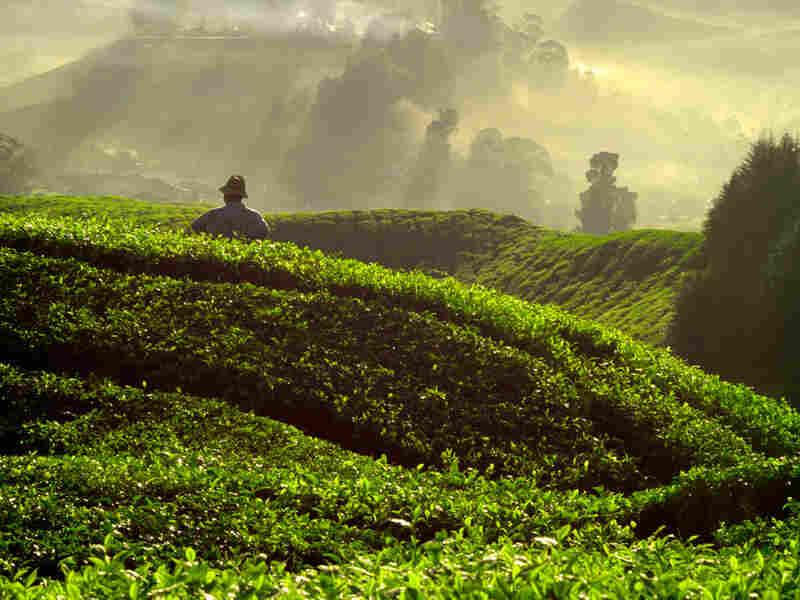 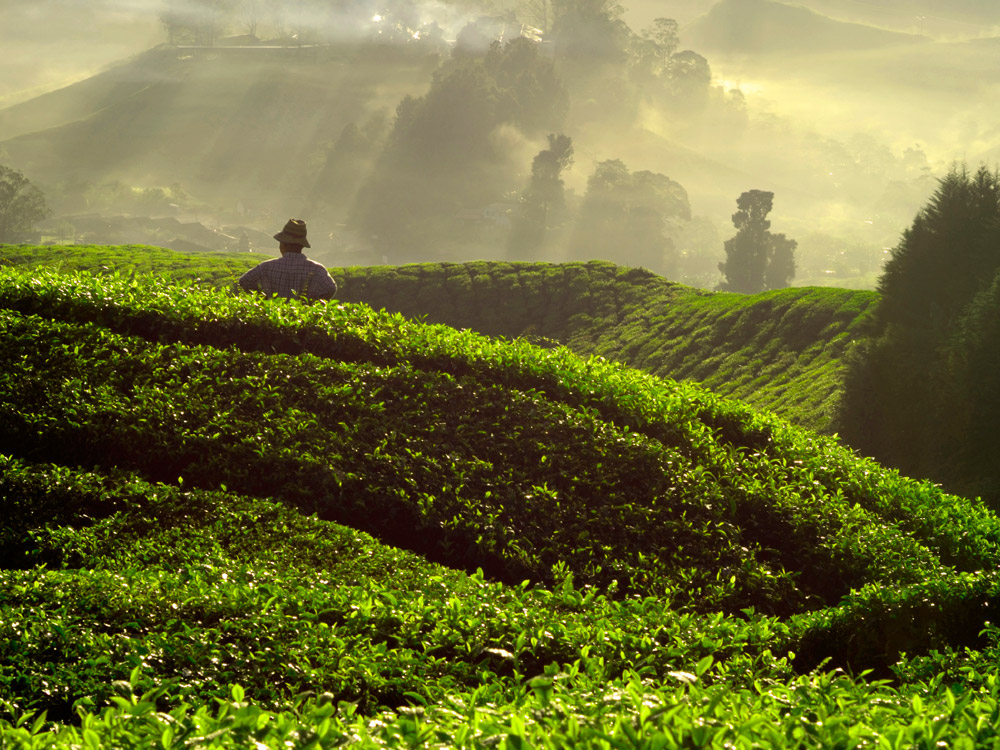 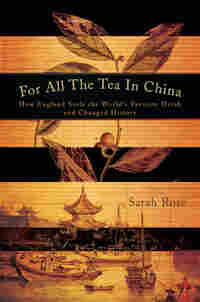 For All the Tea in China: How England Stole the World's Favorite Drink and Changed History
By Sarah Rose
Hardcover, 272 pages
Viking Adult
List price: $25.95

By the mid-19th century, Britain was an almost unchallenged empire. It controlled about a fifth of the world's surface, and yet its weakness had everything to do with tiny leaves soaked in hot water. By 1800, tea was easily the most popular drink in the country. The problem? All the tea in the world came from China, and Britain couldn't control the quality or the price. So around 1850, a group of British businessmen set out to create a tea industry in a place they did control: India.

For All the Tea In China: How England Stole the World's Favorite Drink and Changed History is Sarah Rose's account of the effort to control the tea market, what she calls the "greatest single act of corporate espionage in history."

"The task required a plant hunter, a gardener, a thief, a spy. The man Britain needed was Robert Fortune," Rose writes. Fortune was the agent sent to sneak out of China the plants and secrets of tea production.

Before Fortune, England engaged in trade with China, sending opium in exchange for tea.

"The Chinese emperor hated that opium was the medium of exchange, because a nation of drug addicts was being created. So the emperor confiscated all the opium [and] destroyed it," Rose tells NPR's Guy Raz. "England sent warships. And at the end of the day, they realized that if they were going to keep pace with the British tea consumption and not deal with the Chinese, they had to own it themselves."

Enter Robert Fortune, a botanist in an era when the natural sciences were on the ascent in Britain. Think of botanists in mid-19th century England as research and development scientists in 1970s Xerox PARC (Palo Alto Research Center) — the company that developed the Ethernet and many other computing technologies, says Rose.

Many of these 19th century botanists had university degrees and were trained as doctors, but Fortune, who was Scottish, grew up poor.

"He kind of worked his way up through the ranks of professional botany, learning with professional training instead of book training," Rose says.

Around 1845, when the young botanist was in his early 30s, he took a two-year trip to China in search of plants. Upon his return, he published a travelogue in which he described his adventures.

"He was attacked by pirates, he was attacked by bandits, he encountered all kinds of disease and storms, and he also goes in disguise, dressed up as if he were a wealthy Chinese merchant," Rose says.

His memoir having captured the imagination of Victorian society, Fortune was approached by a representative of the East India Trading Company, who asked him to return to China, this time to smuggle tea out of the country. 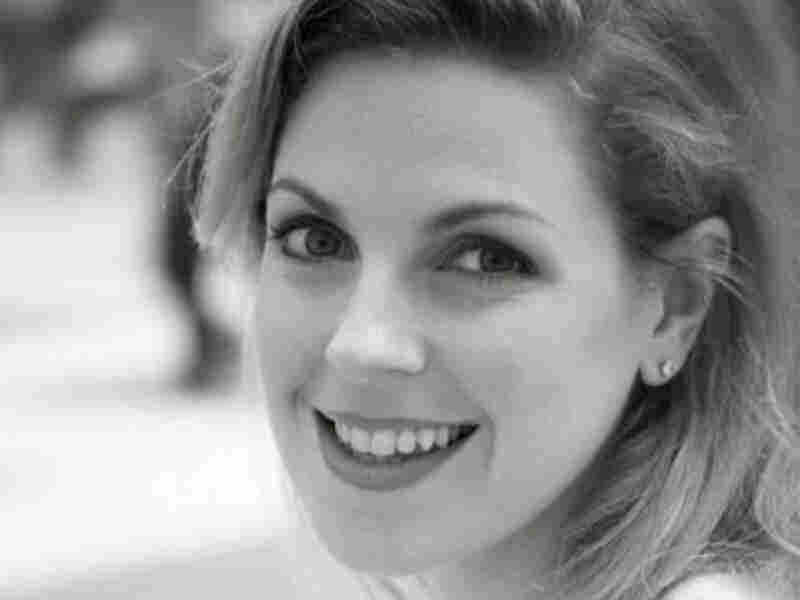 Sarah Rose has worked as a journalist covering food and travel in Hong Kong, Miami and New York. For All the Tea in China is her first book. Courtesy of the author hide caption 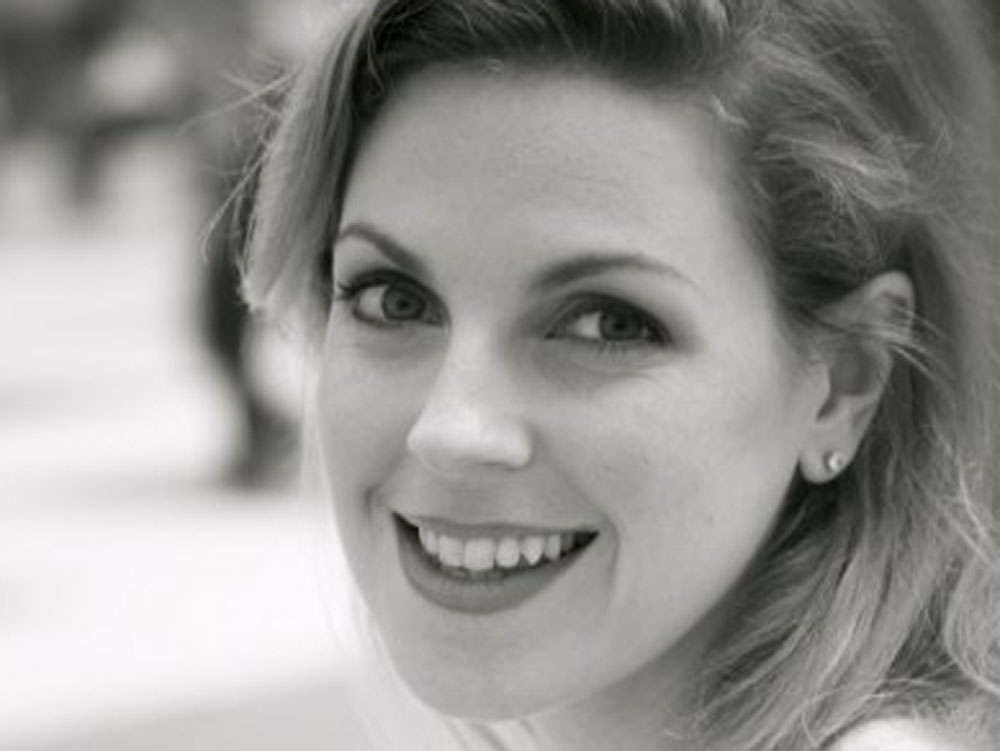 Sarah Rose has worked as a journalist covering food and travel in Hong Kong, Miami and New York. For All the Tea in China is her first book.

"They wanted really good tea stock from the very best gardens in China, and they also needed experts. They needed the Chinese to go to India to teach the British planters, as well as the Indian gardeners."

Fortune succeeded. He managed to get seeds from China to India, and the impact on the tea trade was immense. Within his lifetime, India surpassed China as the world's largest tea grower.

"It astonishes me," Rose says. "China has pretty much never really come back from that, certainly not in the Western markets. Now that Asia has such a booming economy, the Chinese are again pretty fierce tea producers. But it took a hundred-plus years."

So was Fortune history's greatest corporate thief, or the man we can thank for the tea we drink?

Rose says that to understand his role in the history of tea, it's useful to think of Fortune — who considered himself a gardener and China expert — in the terms of the market in which he existed.

"Today we have Monsanto, and there are patents on everything. But in those days, even the notion of a patent or intellectual property was just being articulated in legal systems. So he didn't see himself as stealing something that didn't belong to him. He thought plants belonged to everybody."

Excerpt: 'For All The Tea In China'

For All the Tea in China: How England Stole the World's Favorite Drink and Changed History
By Sarah Rose
Hardcover, 272 pages
Viking Adult
List price: $25.95

Fortune was patient as the coolie attended to his new coif. A small blue and white tea bowl sat nearby on a dusty crate, and swirling its sediment of leaves, Fortune spilled the cooling liquid out onto the dirty deck. Floors were the place to toss garbage in China, it seemed, and he was consciously trying to behave in the Chinese manner to make his disguise credible. And so, in the Chinese way, he had warmed the porcelain bowl by rinsing it with the hot water. Green tea was not Fortune's preference, absent the civilized comforts of milk and sugar, but he was coming to appreciate the custom of drinking it plain and unadulterated.

Fortune was a constant curiosity when traveling as a Westerner. To the Chinese, the Scotsman looked grotesque. He was tall, his nose was much longer than a nose need be, and his eyes were too round; although round eyes were generally considered a sign of intelligence, Fortune, with his halting Chinese, would have sounded like a child to them. Even the simple act of eating brought him unwanted attention. 'He eats and drinks like ourselves,' observed one member of a crowd, watching him on his first trip, Fortune recalled. "Look,' said two or three behind me who had been examining the back part of my head rather attentively, 'look here, the stranger has no tail'; then the whole crowd, women and children included, had to come round to me to see if it was really a fact that I had no tail.'

Not surprisingly, his servants insisted that they would join him only if he took steps to disguise himself upon leaving Shanghai. 'They were quite willing to accompany me, only stipulating that I should discard my English costume and adopt the dress of the country. I knew this was indispensable if I wished to accomplish the object in view and readily acceded to the terms.'

The style of the day required that all ethnic Chinese men shave the front of their heads as an act of fealty to the emperor. The tonsure of nearly 200 million people was a potent symbol of the invading Manchurian court's power over the individual. The Qing emperors used the edict as a way of controlling the population, of transforming a multiethnic, heterodox society into a conforming one. Refusing to be shaven was considered an act of sedition.

Having finished attaching the queue, the coolie now took his rusty razor to the front of Fortune's head and began to create a new, higher hairline for him. 'He did not shave, he actually scraped my poor head until the tears came running down my cheeks and I cried out with pain,' Fortune wrote. 'I suppose I must be the first person upon whom he had ever operated, and I am charitable enough to wish most sincerely I may be the last.'

On that first day of his journey, Fortune reviewed the itinerary and the rationale for his offensive. The job would require several years in China to complete. To jump-start production in the East India Company's tea gardens, it was critical that he bring back several thousand tea plants, many thousand more seeds, plus the highly specialized techniques of Chinese tea growing and manufacturing. He would somehow have to persuade workers from the finest factories to leave their homes and accompany him to India.

Before Fortune could identify the perfect tea recipe, however, he needed to obtain the basic ingredients themselves: the finest classes of tea that China had to offer, both green and black. To this end he decided to make at least two separate tea-hunting trips — one each for green tea and black tea, for the two were never grown together in the same region. Green tea and black tea required different growing conditions, Fortune believed. The best green tea was in the north, whereas the best black came from mountains in southern China.

From For All The Tea in China: How England Stole the World's Favorite Drink and Changed History by Sarah Rose. Copyright 2010 by Sarah Rose. Reprinted by arrangement with Viking, a member of Penguin Group (USA) Inc. 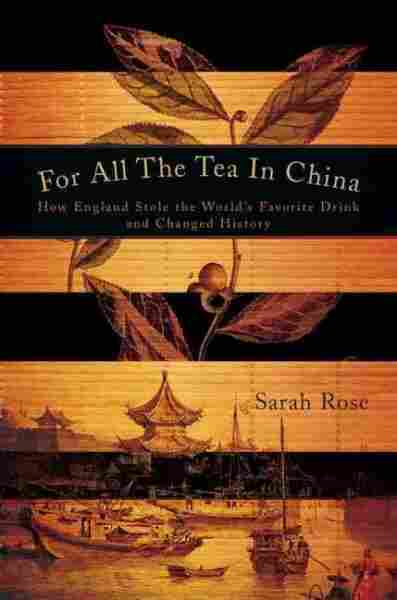