Accessibility links
Curiosity Rises With Trees' Strange Growth Spurt About an hour east of Washington, D.C., there's a forest where trees are suddenly growing much faster than ever before –- some of them even twice as fast. Could climate change be the reason? 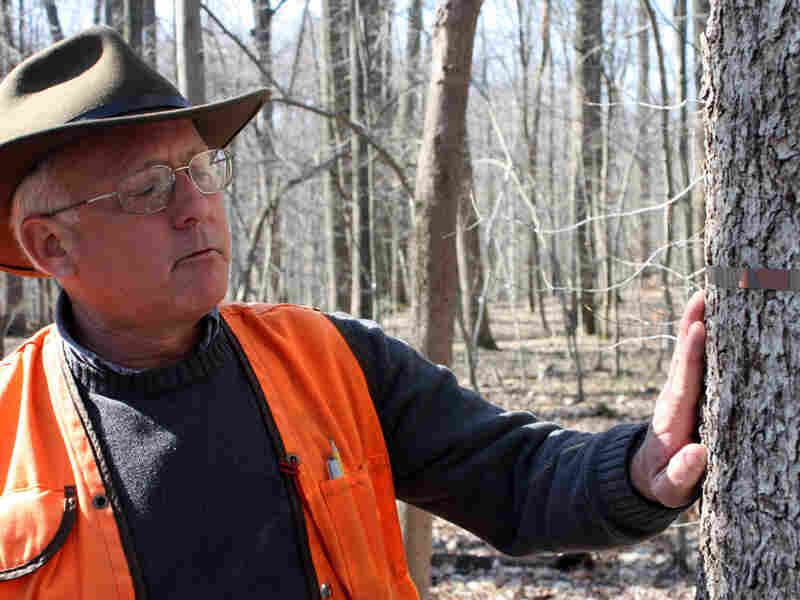 Ecologist Geoffrey Parker says his forest is growing at a strangely high rate — and trees elsewhere are, too. Guy Raz/NPR hide caption 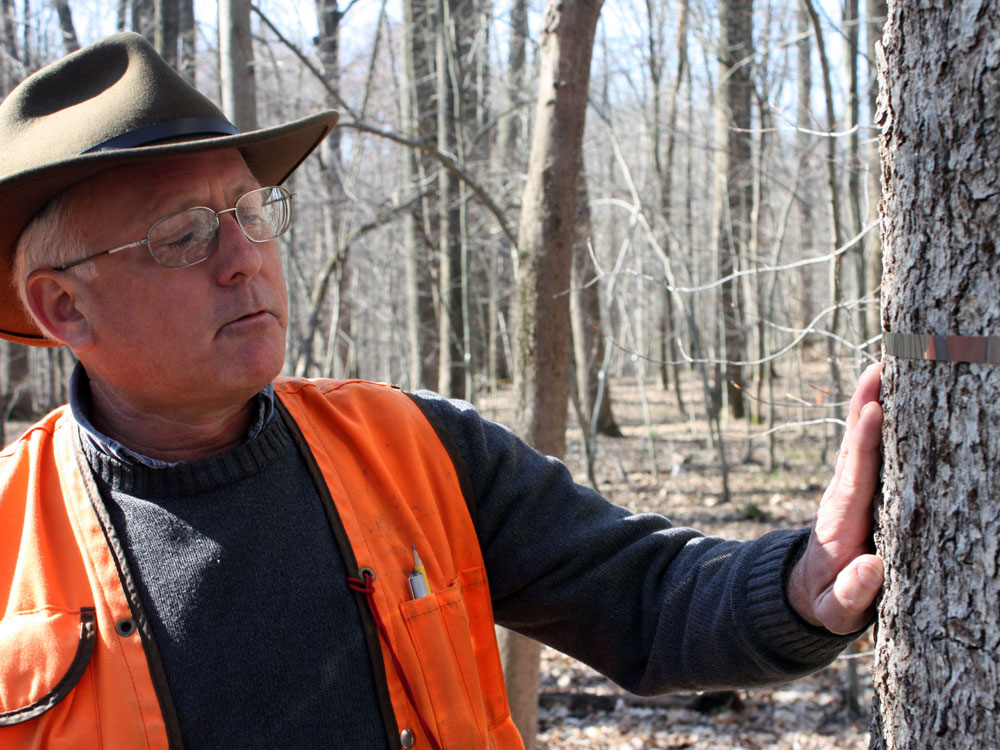 Ecologist Geoffrey Parker says his forest is growing at a strangely high rate — and trees elsewhere are, too.

About an hour east of Washington, D.C., there's a forest where trees are suddenly growing much faster than ever before — some of them even twice as fast.

It's on the grounds of the Smithsonian Institution's Environmental Research Center. The area used to be pasture for a dairy farm and is pretty typical for the mid-Atlantic region. There are oaks, hickory trees and tall tulip poplars that grow straight up, like Roman columns. Many of these trees, however, sport metal identification tags and dendrometers — metal bands used to measure the trees' circumference.

Ecologist Geoffrey Parker has been tracking the growth of the trees since his first day on the job in 1987. He recently crunched the data he'd collected over more than 20 years, and discovered something surprising about the forest.

"It was growing at a much higher rate than you would expect for a forest of its age," he tells NPR's Guy Raz. He found that the forest was putting on 2 extra tons per acre per year — double the expected growth rate in some cases.

Based on the age of the trees, Parker says the growth spurt is a recent phenomenon. Had they been growing at this speed the whole time, they would be much larger than they are today.

He says three factors related to climate change may be the main causes behind the increased growth. First, the average temperature in the region increased by three-tenths of a degree Celsius over the 23 years he's been collecting data. Second, the length of the growing season has been increased by a week. Lastly, the carbon dioxide level in the atmosphere has gone up by 12 percent.

From The 'Proceedings Of The National Academy Of Sciences'

Read Geoffrey Parker's report on the changes his team has seen in the forest.

Study: Evidence For A Recent Increase In Forest Growth

"Each of those effects is known to be able to stimulate the growth of trees, and so it's not at all unlikely that, brought together, all three of those could have been involved in the extra growth we're seeing," he says.

Apparently, it's not just happening in the D.C. area. Parker says his colleagues across the world have noticed similar increases in trees' growth rate.

Parker says he isn't sure what the effects of faster tree growth may be. One possibility is a change in the weather. If trees are growing longer and faster, they could potentially release more water into the atmosphere as vapor.

"I'm very curious about the whole thing — what's causing it, how far it can go on, and what its other effects might be," he says.