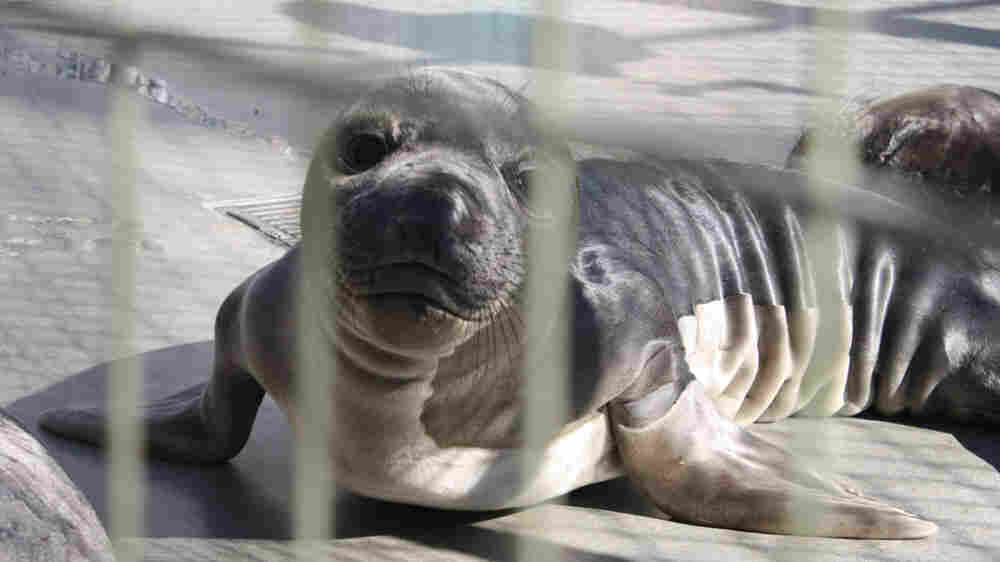 Starved and emaciated, sea lion pups are beaching themselves along the Pacific Coast.

Adult sea lions have enough fat stored up to survive the resulting food shortage, but their pups aren't so well-equipped. Richard Evans, medical director of the Pacific Marine Mammal Center in Laguna Beach, Calif., tells NPR's Guy Raz that by the time the animals get to his team, they're in the third stage of starvation.

"We stage starvation in humans and animals: one, two, three. Three is when you've gone so bad that you start digesting your muscle as a source of protein."

The Pacific Marine Mammal Center rescues and nurses starving sea lions back to health, and then releases them back into the sea.

The center sees sick animals all the time, but not usually this severe. The pups began coming in so sick that it took much longer to nurse them back to health — up to six months instead of the usual two or three.

Officials at the center soon learned that there had been an El Nino in the Pacific beginning in April. "It had taken its toll on the breeding colonies," Evans says. In addition to the food shortage, some sea lion mothers may have decided to stop nursing their pups in order to survive themselves. 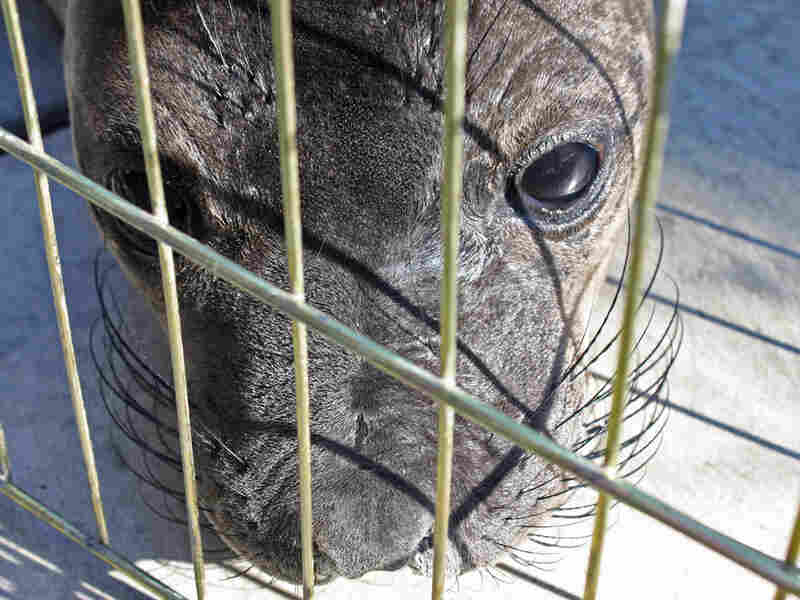 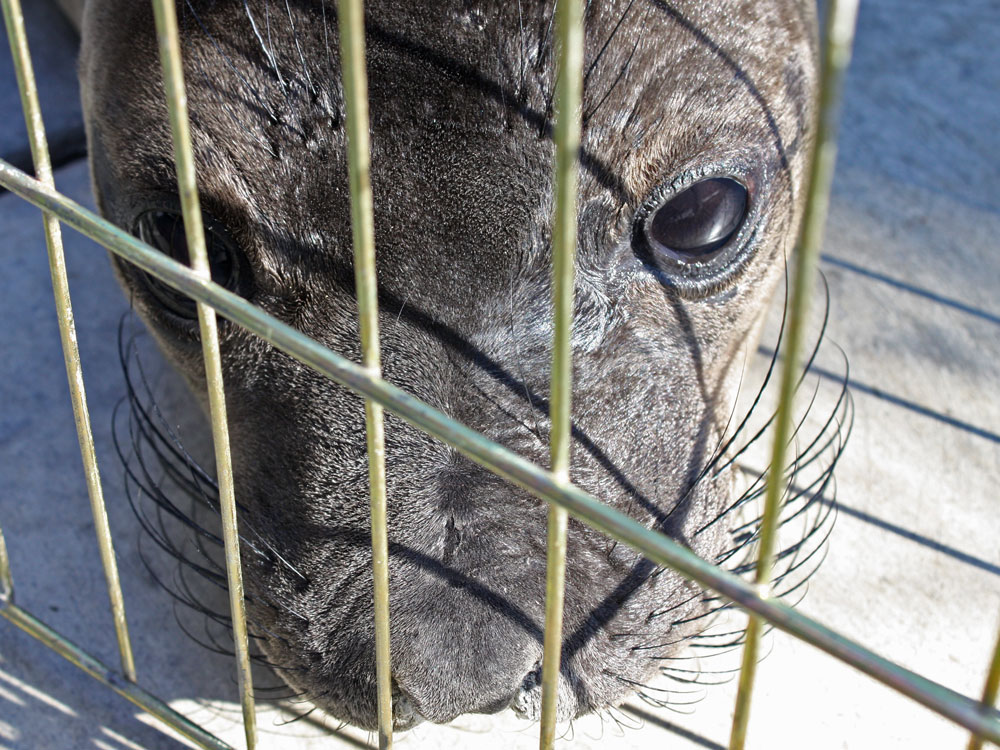 Since the pups are too far gone to handle solid food, the veterinarians at the center start them off on a liquid diet. "What we can do," Evans says, "is try to feed them at the place they are right now, and try to force their whole metabolic process over to where we want it."

Evans says the El Nino responsible for the famine ought to last another month or so. Then the fish and squid the sea lions count on will likely return.

Meanwhile, the stress of trying to save an animal's life can be overwhelming.

"You just need to be focused on the task at hand, like when you work at a hospital," center director Michelle Hunter says. "You just need to focus on that animal, not let your emotions get in the way. And just concentrate on what you're doing to be able to try to save the animal.

"Cry later at home if you have to."