The train stations were packed when the bombers struck about 45 minutes apart during the morning commute. The first explosion went off around 8 a.m. at the Lubyanka station, less than a mile from the Kremlin. The station is underneath the building that houses the main offices of the Federal Security Service, or FSB, the KGB's main successor agency.

The second bomb detonated at the Park Kultury station, three stops away on the same line. A spokesman for Russia's top investigative body, Vladimir Markin, said the bomber was wearing a belt packed with plastic explosive and set it off as the train's doors opened. He said the woman had not yet been identified.

More than 70 people were wounded in the attacks, which Moscow Mayor Yuri Luzhkov said were carried out by female suicide bombers. Luzhkov said both explosions were believed to have been set off on the trains.

A woman who sells newspapers outside the Lubyanka station said there appeared to be no panic, but many of the people who streamed out were distraught.

Megan Stack Of The 'Los Angeles Times' Discusses The Bombings

"One man was weeping, crossing himself, saying, 'Thank God I survived,'" said the woman, Ludmila Famokatova.

The subway line's central section was closed as investigators examine the scene and scour surveillance camera footage for clues.

The explosions were the deadliest and most sophisticated terrorist attacks in the Russian capital in six years. President Dmitry Medvedev vowed during a televised meeting with Federal Security Service chief Alexander Bortnikov that Moscow would "continue the fight against terrorism unswervingly and to the end." He also ordered increased security across the country, saying past measures had been inadequate.

Putin, who cut short a visit to Siberia, labeled the perpetrators as nothing but criminals and terrorists.

"A crime that is terrible in its consequences and heinous in its manner has been committed," he said. "I am confident that law enforcement bodies will spare no effort to track down and punish the criminals. Terrorists will be destroyed."

Bortnikov said body fragments of the two bombers pointed to a Caucasus connection, but he did not elaborate. Terrorist violence is common in the Caucasus region, which includes Chechnya, where separatists have fought Russian forces since the mid-1990s. 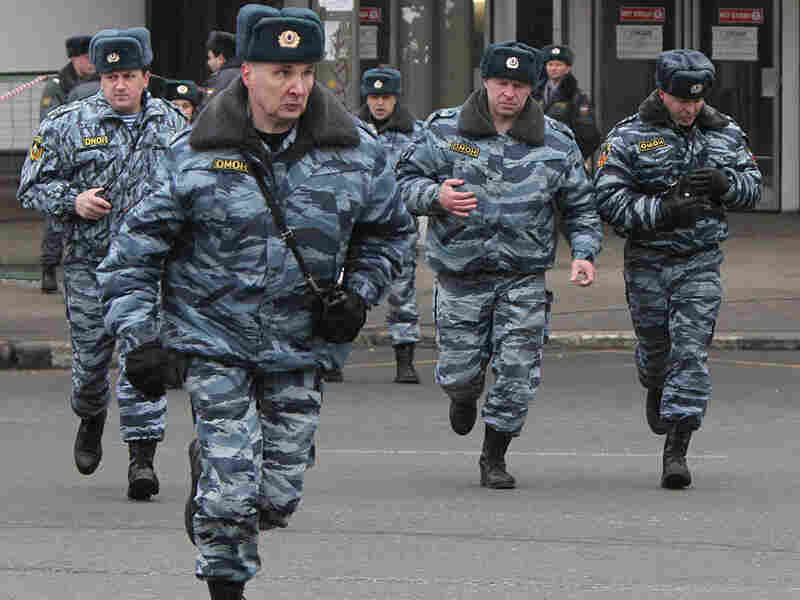 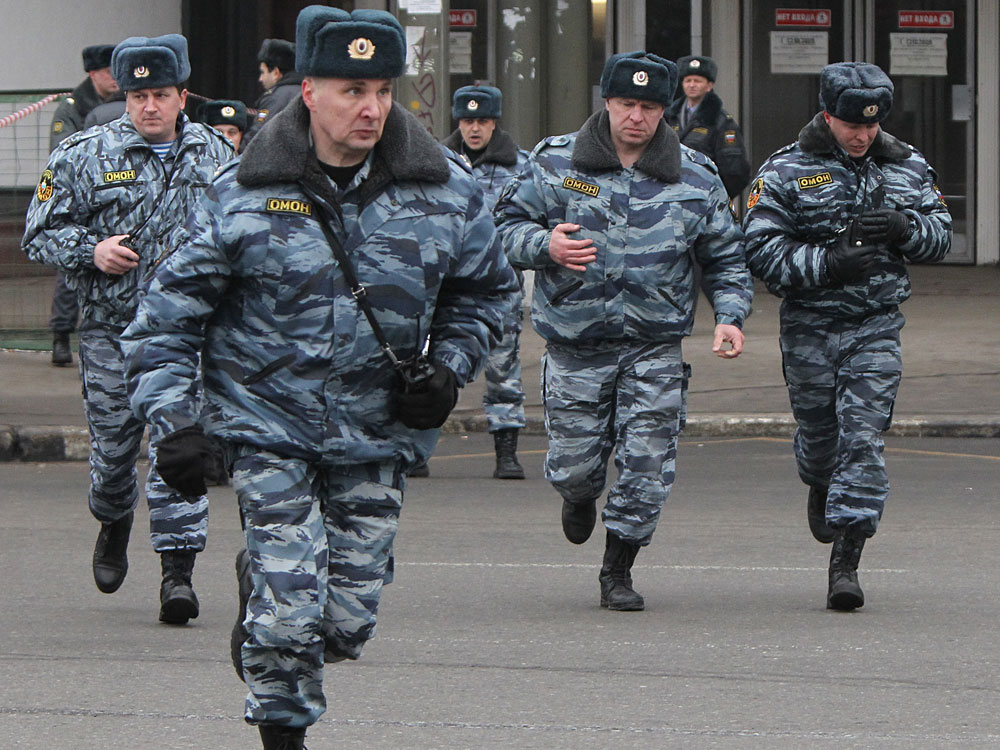 Russian riot police run near the Lubyanka subway station in Moscow on Monday after two deadly explosions during the early morning rush hour.

In February, Chechen rebel leader Doku Umarov warned in an interview on a rebel-affiliated Web site that "the zone of military operations will be extended to the territory of Russia ... the war is coming to their cities."

Umarov also claimed his fighters were responsible for a November attack on a Moscow-to-St. Petersburg express train that killed 27 people.

The last confirmed terrorist attack in Moscow was in August 2004, when a suicide bomber blew herself up outside a city subway station, killing 10 people. Chechen rebels also claimed responsibility for that blast.

President Obama condemned the bombings, which he described as "heinous terrorist attacks." He said in a statement that the American people "stand united with the people of Russia in opposition to violent extremism."

In a phone call to Medvedev, Obama said the U.S. would cooperate with Russia to help bring to justice those responsible for the attack.