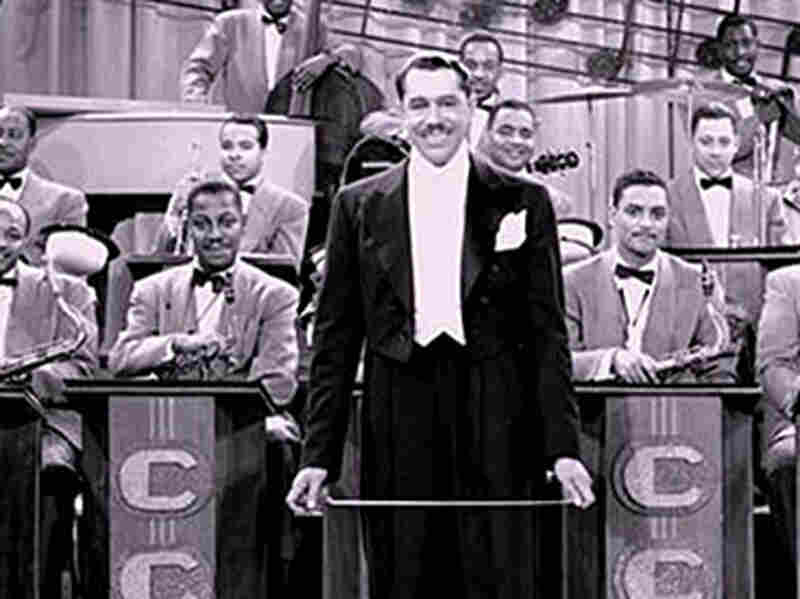 Music videos are not a recent phenomenon. They have an ancestor in short musical films that actually predate feature-length sound movies.

The Vitaphone Company, a subsidiary of Warner Brothers, brought synchronized sound into film in 1926 by filming some famous classical musicians, with parallel recorded soundtracks. All through the 1930s and '40s, Vitaphone continued to release musical shorts, especially with swing and jazz bands.

Like newsreels, cartoons and coming attractions, these 10- or 20-minute shorts were shown with feature films. Warner has just released a set of 63 of these, and it's a wide-ranging collection, embracing musicians as different as nerdy all-American Ozzie Nelson, bongo-pounding Cuban matinee idol Desi Arnaz, and the hilarious Borrah Minevitch and his Harmonica Rascals.

Some of the earliest stars of these musical shorts are major black entertainers. Bandleaders Cab Calloway and Eubie Blake, singers Ethel Waters and Nina Mae McKinney, and legendary tap dancer Bill "Bojangles" Robinson, in their thrilling prime, appear alongside such child prodigies as the Nicholas Brothers and Sammy Davis Jr.

Yet these dazzling performers are also the objects of pervasive racial stereotyping, an amused condescension that's painful to watch. Indirectly, these films are important reminders of how casually and automatically racist this country has been. But we also have to be grateful for the invaluable documentation of such memorable performances.

In Rufus Jones for President, 8-year-old Sammy Davis Jr. is attacked by bullies and comes running to his mammy, Ethel Waters. She comforts him by telling him that he could be president, which introduces a fantasy in which young Rufus actually takes the job. This may be even more ironic today than it was in the 1933 short, when Sammy's successful presidential campaign is only a dream.

Many of the shorts are generic. They often start with a bandleader — Louis Prima, Woody Herman, or the lesser-known Jimmie Lunceford or Larry Clinton — introducing a number. Then there'll be a song by, say, Helen Forrest or June Christy, and some exciting dancing (18-year-old Betty Hutton is billed as "America's No. 1 Jitterbug").

There might even be a wisp of plot. Rita Rio, one of the two women bandleaders in this collection, is so "crazy" about swing she's threatened with being committed to a mental institution, though when her doctor learns how much money she's making, he decides that he's the crazy one.

Since the jazz is "hot," some of the films actually take place in hell. On the other hand, there's the cool pianist/bandleader Eddy Duchin (Tyrone Power played him in the 1956 tearjerker The Eddy Duchin Story), who was famous for appearing at the Central Park Casino, an elegant nightclub. In the Duchin short, he and his band and their entire audience are on roller skates, and he accompanies a phenomenal roller-skating specialty act.

The only director to have a significant career beyond these shorts is Jean Negulesco (who went on to direct the film-noir classic Road House, the romantic Three Coins in the Fountain, and the Marilyn Monroe Cinemascope comedy How to Marry a Millionaire).

But some of the other directors — especially Roy Mack and Joseph Henabery — are also remarkably inventive. There's one pure jazz film, Jammin' the Blues, from 1944. It's the only film ever directed by the famous Life magazine photographer Gjon Mili, with great sax players Lester Young and Illinois Jacquet igniting the moody jam session.

You probably wouldn't choose to watch more than two or three of these films at a time, but the whole six-DVD set makes one of the most entertaining history lessons I know — the history of popular music as well as American cultural history. Now I'm waiting for Warner to release the landmark 1926 classical shorts.