Accessibility links
The Rules About How Parents Should Make Rules A recent study looked at when children do and do not obey adults' rules. Researchers found that kids are more likely to resist rules about personal things — what to wear, who to play with — while they generally respect rules about moral behavior or safety. 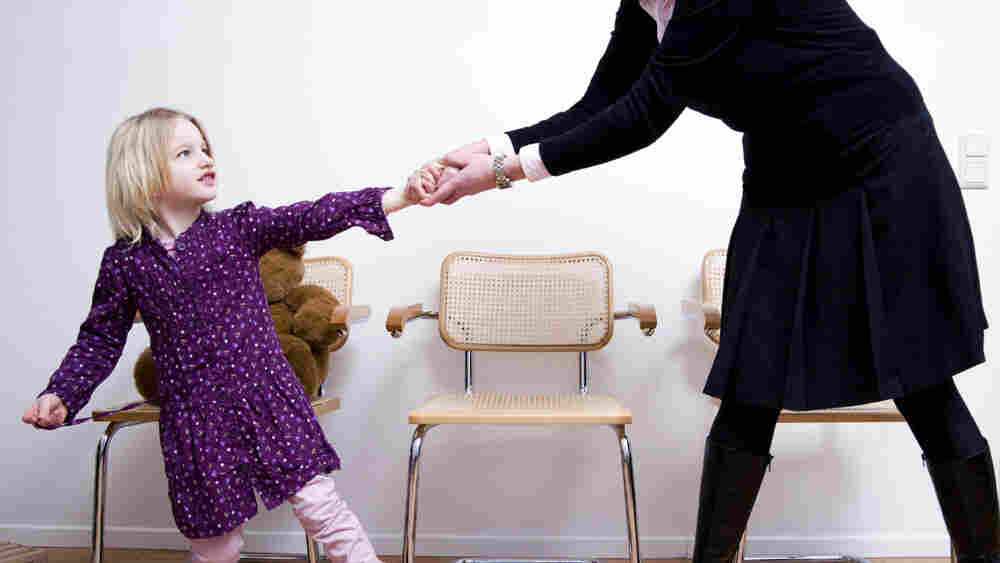 In general, researchers have found that kids understand the need for some rules, particularly safety rules like not hitting other children. But when it comes to parents dictating what a child should wear or who they should play with, many kids resist. iStockphoto.com hide caption 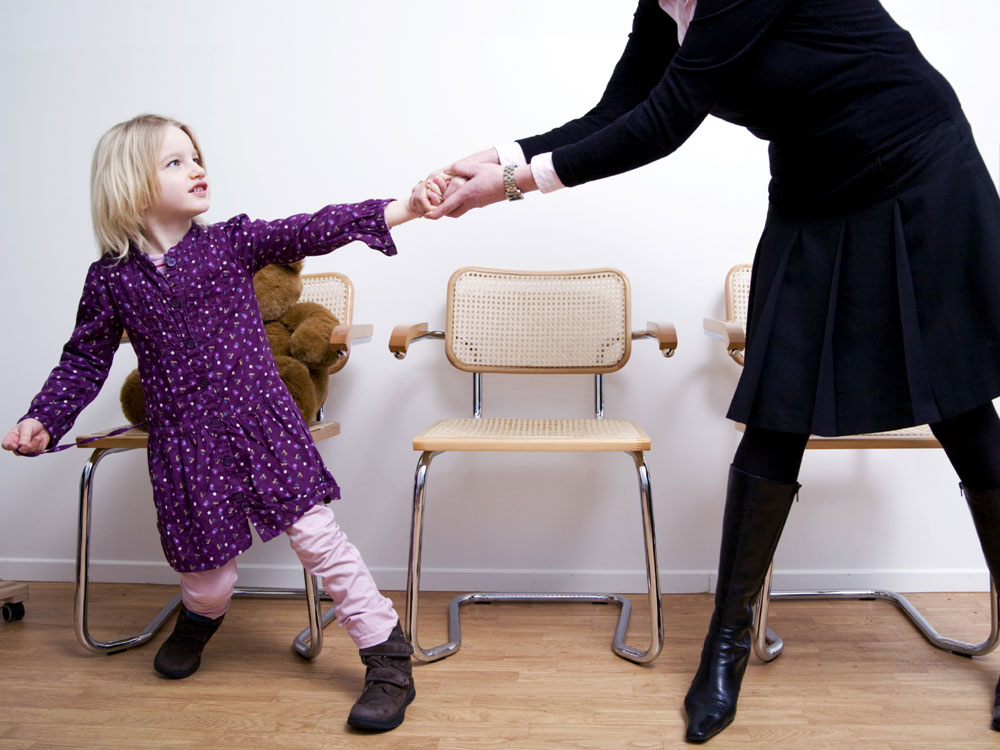 In general, researchers have found that kids understand the need for some rules, particularly safety rules like not hitting other children. But when it comes to parents dictating what a child should wear or who they should play with, many kids resist.

The rules in 8-year-old Cameron Slaughter's house are clear: Children must do their homework when they get home from school; bedtime is 7:30; and stabbing one's brother with a pencil is not permitted.

Though Cameron, like most 8-year-olds, doesn't always execute these rules perfectly, when pressed, he does say that he appreciates them. They keep you safe, he explains, so they are good.

But if you linger too long on the topic of rules, you will eventually find that there are some rules that Cameron doesn't think are fair or worthwhile — rules he thinks it might be OK to disobey. For example, he doesn't think that it would be OK for his mother to regulate his personal relationships — the kids he likes and spends time with. "I can pick my own friends," he says with a nod.

According to Larry Nucci, a research psychologist at the Institute of Human Development at the University of California, Berkeley, Cameron's position on rules is typical. Nucci believes that if you look closely at which rules children obey and which they reject, there are clear patterns to be found.

Kids Pick And Choose Which Rules To Obey

"Kids don't just resist parents across the board," Nucci says. "It isn't the situation where kids are just driven by their impulses, and they simply reject all the rules that parents have."

Instead, Nucci argues, rules can be broken down into four distinct categories. 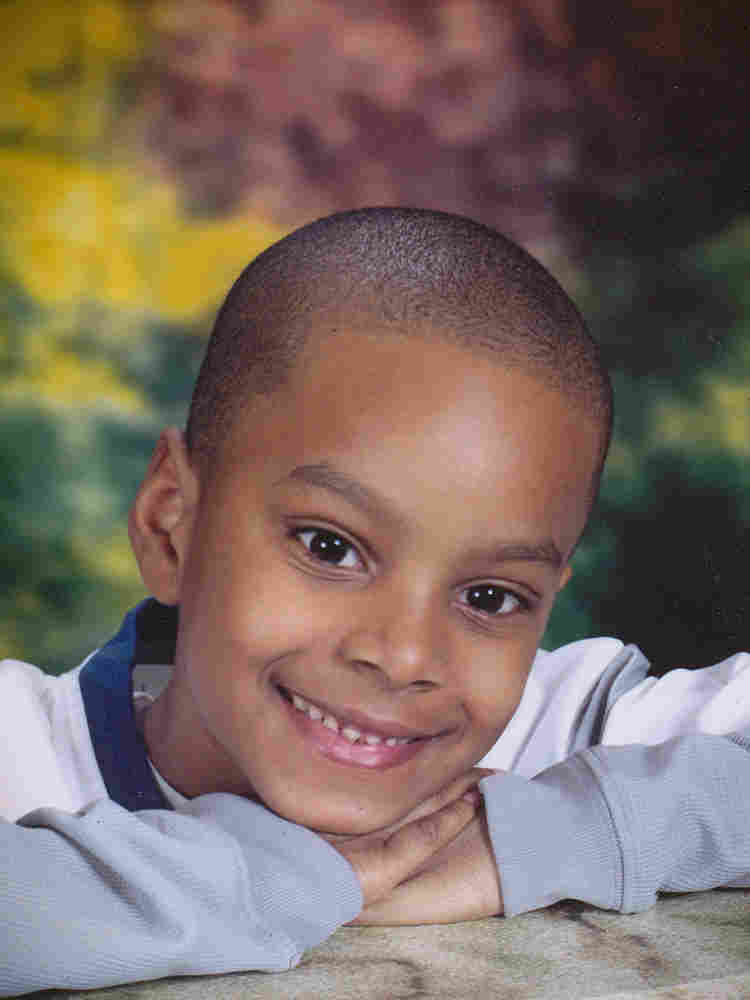 Even though Cameron doesn't always follow the rules perfectly, he says he understands why rules are important for safety. Courtesy of the Slaughter family hide caption

There are moral rules: Don't hit, do share. There are safety rules: Don't cross the street alone, don't run with scissors. There are rules of social convention: You must say "sir" and "madam."

And it is this fourth category, Nucci argues, in which the vast majority of conflicts between parents and children occur.

"Kids don't argue at all with parents — or very little argument with parents — when parents come up with reasonable safety rules or rules about not stealing from other children or not hitting other kids," says Nucci. "Virtually all of the conflicts that parents are having with kids are over these personal areas."

In fact, Nucci says that in observational studies — studies in which researchers go into a home environment and code the interactions between parents and their children — children seem to resist moral rules only about 10 percent of the time; 70 percent of their resistance is in areas that they perceive to fall within their personal domain, Nucci says.

Now this is a little tricky, because it turns out that children and parents don't always see eye to eye about what constitutes personal business.

Nucci offers the example of bathing.

"What the kid is doing is arguing for an area of discretion and autonomy. And the mother is arguing, 'No, this is part of the general conventions of the family.' "

Nucci says researchers have found that these kinds of conflicts over control of personal domain take place in every culture. And, in fact, Nucci believes that it's important for parents to respect a child's personal domain, because it's ultimately important to psychological well-being.

"What we find is that it's tied into requirements that people have for a sense of self and psychological integrity," he says.

Nucci points to cross-cultural studies of adolescents: "We know that when parents over-intrude, when they start controlling things that are really, truly personal — like keeping your diary private and [other] aspects of your self-expression — that kids even in rural China self-report depression."

Control Vs. Perception Of Control

But the idea that parents shouldn't intrude with rules regarding certain areas of children's lives isn't universally shared by child psychologists.

"It's not what you shouldn't intervene on — it's all about the how," says Alan Kazdin, director of the Yale Parenting Center.

Kazdin doesn't believe that there are just spheres of life where children must have autonomy. He says that if parents are looking for compliance, the primary thing is to frame rules properly and not approach children in an authoritarian mode, because that tends to set off oppositional behavior.

"When you want a child to do something, no matter what the rule domain, what the research shows is that it's the tone of voice in the making of your request, and whether you include choice in there," says Kazdin.

"So if you say to your 4-year-old child, 'We're going outside! Put on your red coat! It's cold out!' You gave the child an ultimatum kind of thinking that is likely to lead to oppositional behavior," he says.

"If you say the same thing: 'We're going to go outside. Please put on your red coat or green jacket.' That presentation greatly increases the likelihood of compliance in any child."

One basic difference between these two approaches is this: Nucci will argue that it's important for children to actually have control over a part of their lives, while Kazdin says that it's only important for them to have the perception of control.

That's true not just for children, he says, but for all people. Parents included.