Accessibility links
Movie Review - 'Clash of the Titans' - Back In The Day, When 'Titans' Were Titans An Australian ninja of a Perseus tries to save humanity from the wrath of a high-Brit Hades and an apparently Irish Zeus. If you thought this Clash couldn't possibly be any campier than the 1981 original, think again. 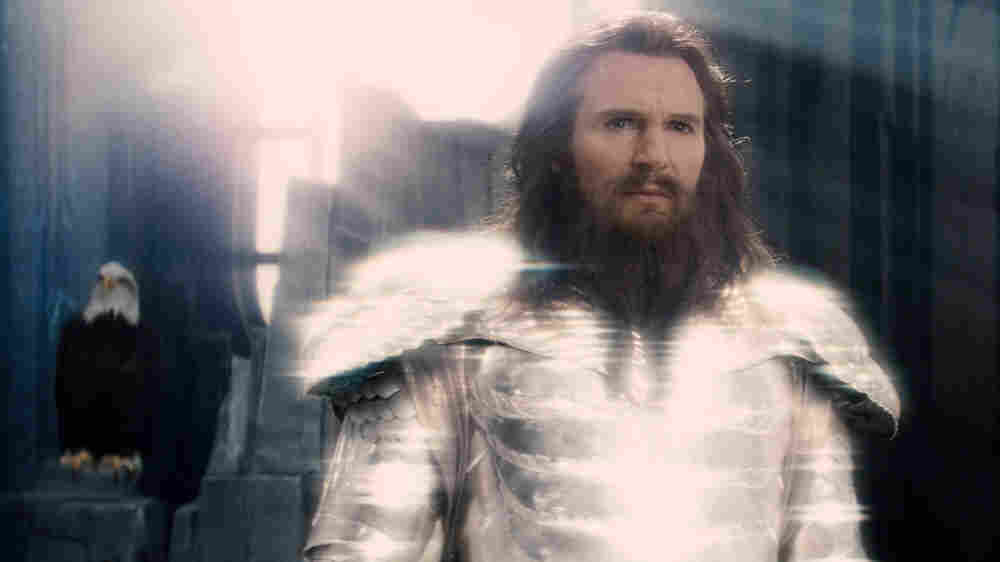 The Gods Must Be Crazy: Liam Neeson is Zeus — an intriguingly Irish-accented deity, given his place in the Greek pantheon — in the new 3-D remake of Clash of the Titans. Warner Bros. Pictures hide caption

Clash Of The Titans

'We Die For Each Other'

'Try Not To Enjoy This'

These days, when a story's as old as time, we ask that our effects be up-to-the-minute: digitized monsters emerging from the briny deep as orchestras thunder and cameras swoop through three dimensions.

But it wasn't always like that. Back in 1981 — four years, remember, after a little film called Star Wars came out — the notion was that a classic story called for classic everything. So in addition to the hand-crafted stop-motion effects that Ray Harryhausen had been perfecting for some four decades, the original Clash of the Titans boasted an all-purpose sword-and-sandals script about mortals offending the gods and then having to fight them, plus an Olympus populated by the gods of the British stage. (At their head: Laurence Olivier as Zeus, pretty literally acting up a storm.)

It was all very impressive in its stately way, and that offered a little ballast for the action sequences, in which Harry Hamlin's Perseus engaged in pitched battles with a slew of jerky but persuasively physical monsters. The remake out this weekend largely does away with the stately Titans stuff, in favor of more clashing.

Clashing accents, for instance, between Liam Neeson's Irish Zeus and Sam Worthington's Australian Perseus. Also clashing acting styles, since Perseus is now something of a martial-arts expert, and of course lots and lots of the digital clashing you've presumably come for. Battles with giant scorpions now go on for days; Medusa does her slithering not in a torch-lit temple, but high above a fiery pit of molten lava. Everything's bigger and louder and faster, and if much of the action is therefore incoherent, the Transformers crowd is going to be cool enough with that. 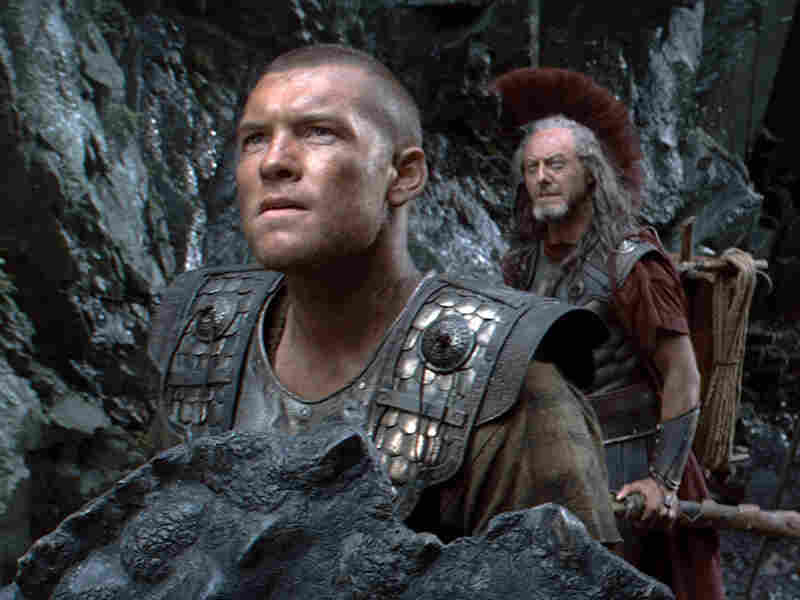 Half Breed: Born of Zeus, but raised on Earth as a man, Perseus (Sam Worthington) must save humanity from the evil god of the underworld. Warner Bros. Pictures hide caption 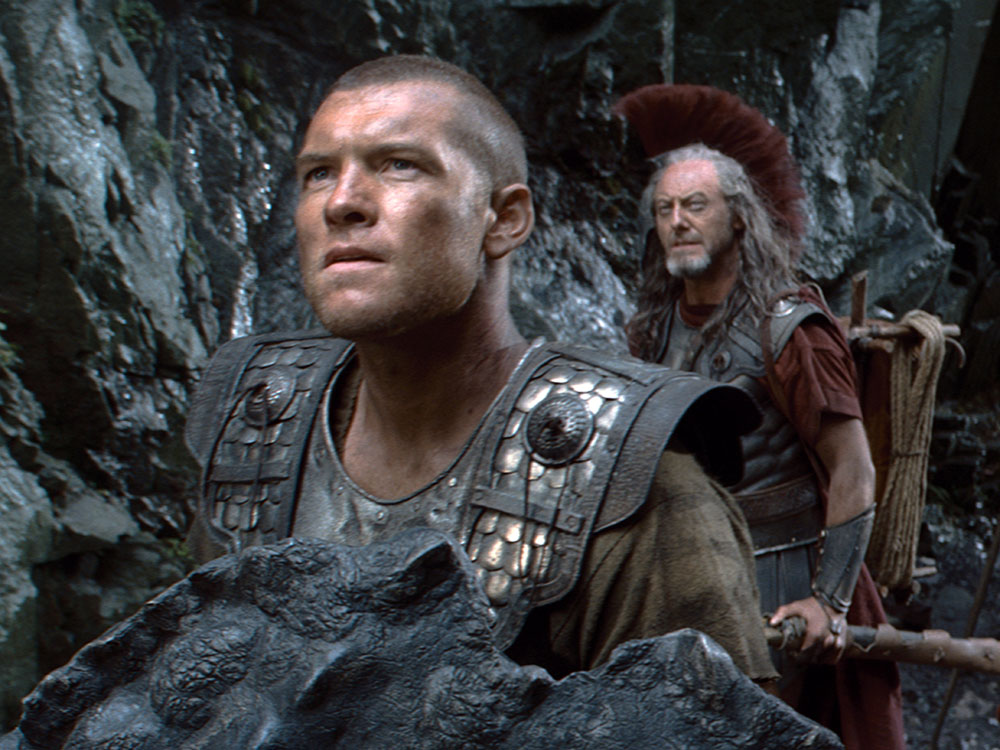 Half Breed: Born of Zeus, but raised on Earth as a man, Perseus (Sam Worthington) must save humanity from the evil god of the underworld.

They may be less cool with the fact that shelling out an extra few bucks to see Clash of the Titans in 3-D actually makes the experience less enjoyable. The film was shot the traditional way, then digitally altered (after the success of Avatar) to push the foreground figures further forward, and the effect can be pretty strange-looking. In some scenes, it's as if Perseus has a second Perseus lurking just behind him. In others, figures silhouetted against unremarkable backgrounds (which may just be sets) seem to have been superimposed over projections.

In other words: Though the whole rationale for remaking Clash of the Titans was that after 29 years of technological improvements it could now be made to look more realistic, the producers — by backing into 3-D — have essentially undone that advantage and made the film look artificial again. The gods, no doubt, would be amused.