Accessibility links
Obama's Half-Brother Lives A World Apart President Obama's father married four times before he died. His seven surviving children are scattered from China to the White House. The youngest has written a book about his life in Kenya — and it's a life altogether different from that of his half-brother, the U.S. president. 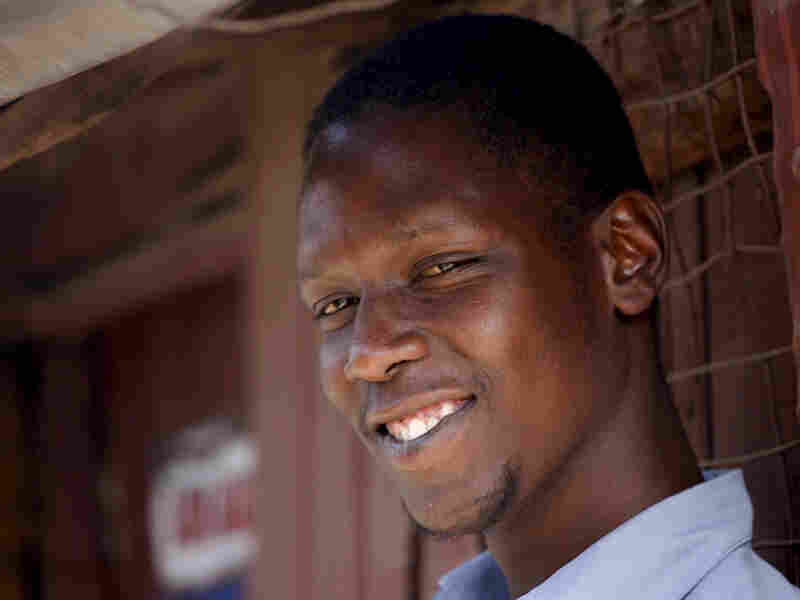 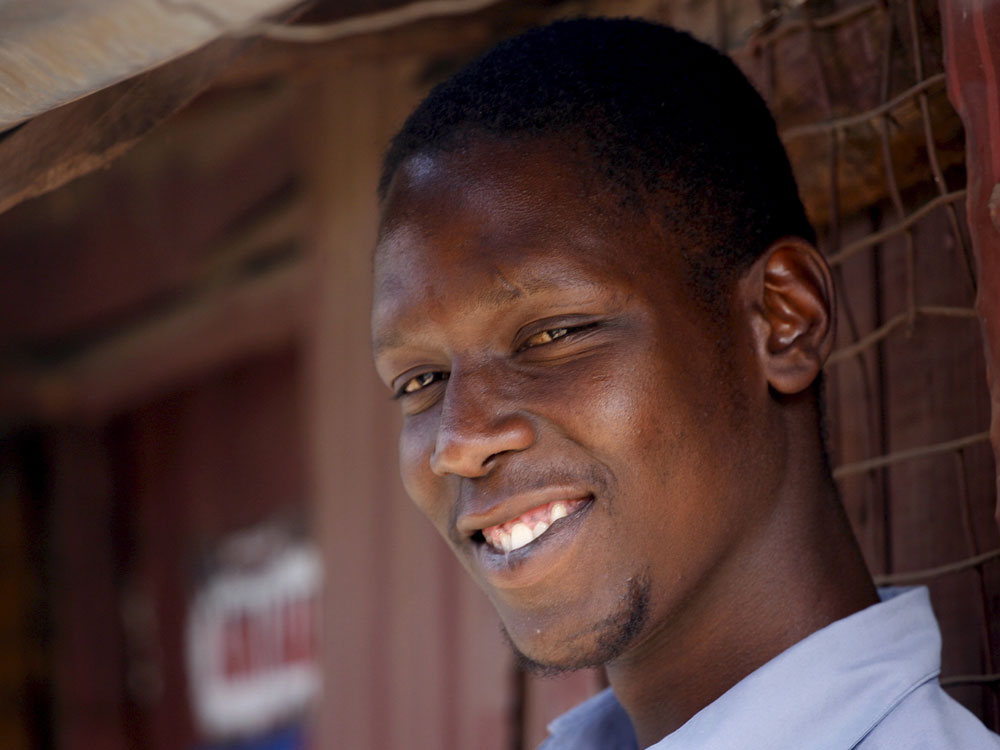 President Obama's father, Barack Obama Sr., married four times before he died. To this day, not all of his children have met one another.

The seven surviving children are scattered from Kenya to China to the White House. The youngest of them has written a book about his life in Kenya — and the life he describes is altogether different from that of his half-brother, the U.S. president.

At the very least, George Obama's memoir answers the perennial question: Why can't you be more like your brother?

Riding Around 'The Ghetto'

On a recent afternoon in Nairobi, George Obama is slouched way down in the passenger seat of a dull gray sedan cruising through his neighborhood, Umoja, which is filled with working people getting on with the business of the day.

Aside from the hip-hop reggae beat pulsing out of the car, the neighborhood has its own soundtrack of electric saws, Nigerian soap operas and the occasional cluck of a live chicken.

I've done a lot of bad things in my life, and I regret them. I've gone through a good life to a bad life and I've come back to a good life.

Obama likes to call where he lives "the ghetto." But he knows better than that. This is just Umoja. And yet in the car, every other word coming from the radio seems to be "ghetto."

Technically, the nearest ghetto is a 10-minute drive away — or maybe an hour and a half, depending on traffic. Most of the roads are not paved, and they rut and rise like a roiling sea.

'Back To A Good Life'

And that is tough when you are also a husband and a father. And when you have done jail time. And when your half-brother is the president of the United States.

At his tidy apartment, Obama talks about his memoir, Homeland. The writing style seems closer to the way his British co-author, Damien Lewis, talks. But the feelings expressed in the book — the regrets of a criminal youth, the desire to do better and maybe even to do some good — appear to be the exclusive property of George Hussein Obama.

I don't know [Barack] particularly well. But he's an inspiration.

"I've done a lot of bad things in my life, and I regret them," Obama says. "I've gone through a good life to a bad life and I've come back to a good life."

At a nearby field, Obama and his friends kick around a soccer ball while waiting for the local team he sponsors to begin practice.

George Obama first met his brother Barack on a playground. He was in primary school, and the future U.S. president was a young visitor to Nairobi. Their father had died years before in a car crash, and the two were raised by different mothers.

George says the meeting interrupted a hell of a soccer game. And that is pretty much all he remembers.

Back at the apartment, George recalls his only other meeting with his brother, who returned to Kenya as a U.S. senator in 2006. It was little more than a handshake.

"I don't know him particularly well," Obama says about his brother. "But he's an inspiration."

And the connection has made George Obama a minor celebrity in Nairobi. He gets free rides on the local buses and, of course, he got that book deal with Simon & Schuster. But neither perk would very likely be possible if George hadn't earned the reputation of being something of a thug.

'I'm Good With My Fists Too Much'

At 15, he ran away from home and dropped out of school. He is now a former gang member who is generous with his friends and fusses over babies. But he's prickly. And, judging from the fresh scars on his knuckles, George leads with his right.

"You know, I don't know how to explain this but, I'm really, um, violent. I know how to beat people," he says. "I'm good with my fists too much."

In 2003, Obama spent several months in jail for a robbery he says he did not commit. But he says he had robbed plenty of other people, often at gunpoint. Nowadays he calls himself a community activist in the slum where he once lived as a gangster.

George Obama likens his activism to that of his brother in Chicago. But even back in 2006, George says he knew he could be no more like Barack than Barack could be like him.

He wrote in his book: "I wondered what my American brother might make of me. I was the kid from the slum, the Obama son who had been a gangster and served time. He was a U.S. senator and Harvard graduate. If there was a leading light in the Obama clan, then he was it; and if there was a shadowed place that no one liked to talk about, then I guess that was me."

There's no particular schedule to George Obama's day. But riding around with him in the car is kind of fun. It's like being in a music video.

Obama is always on the lookout for donations to his soccer team and for children in the slum. He says that is why he wrote the book. He needs the money — and the exposure — for himself and his projects.

He is equally candid about why anyone would be interested in a guy like him — including the reporter in the back seat. Near the end of the ride, George turns and asks, "Do you want to meet my brother?"