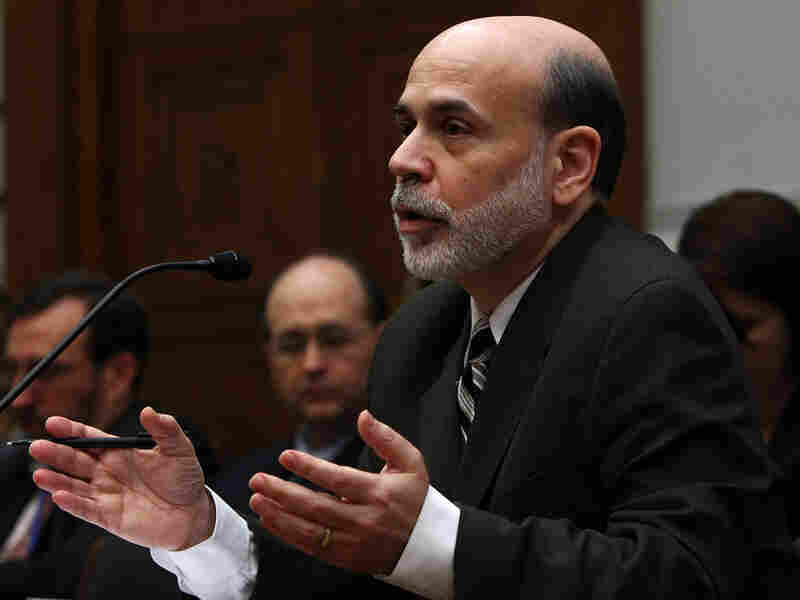 U.S. Federal Reserve Chairman Ben Bernanke testifying on Capitol Hill this month about how the U.S. economy still needs the assistance of the Fed. At the end of March, however, the agency plans to stop purchasing mortgage-backed securities. hide caption 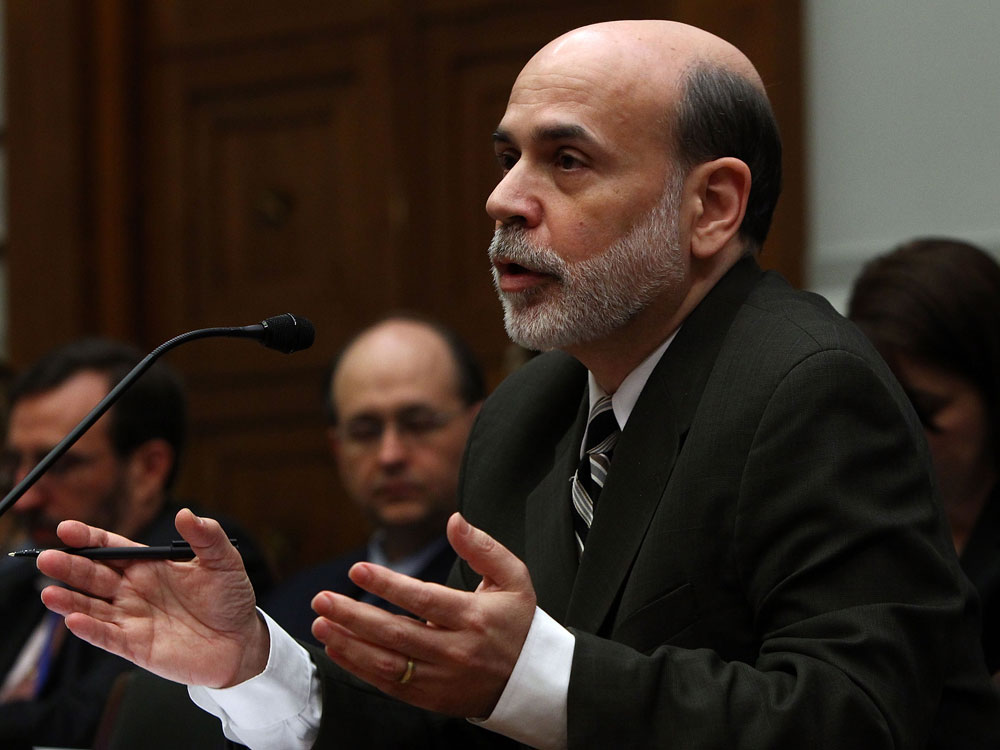 U.S. Federal Reserve Chairman Ben Bernanke testifying on Capitol Hill this month about how the U.S. economy still needs the assistance of the Fed. At the end of March, however, the agency plans to stop purchasing mortgage-backed securities.

A year and a half ago, the government wanted to drive down interest rates for homeowners to stimulate the economy by making it cheaper to buy or refinance a house. But hardly any banks or investors were eager to lend money for home mortgages, even to people with decent credit. And that drove up interest rates.

The way mortgages most often get bought and sold is that they get pooled together and bundled into mortgage-backed securities. The subprime mess made all those securities suspect.

Before the financial crisis, pension funds, hedge funds, banks and lots of other investors bought and sold these pools of home loans. But Guy Cecala, the publisher of Inside Mortgage Finance, says the subprime crisis "put a skull and crossbones on all mortgage-backed securities." Back then, everybody was selling — and hardly anybody was buying. Banks were even selling their pools of good loans to try to raise money.

The race to sell threatened to make the recession worse.

Riding To The Rescue

The Federal Reserve decided to come to the rescue by buying up a lot of mortgages.

And by early March of this year, "the Fed and Treasury together became the largest mortgage-backed security investor in the world," Cecala says.

The unorthodox approach worked, and the government was able to drive down interest rates for millions of homeowners, which also helped the economy. To date, the Fed has bought a colossal amount of mortgage-backed securities — more than $1.2 trillion worth in all.

Since the start of this year, the government has been reducing its purchases of home loans while the private sector has been recovering and stepping in to make up the difference. The Fed was buying 90 percent of new mortgage-backed securities. Lately, it has been buying about 30 percent or less. And when March ends, it'll stop buying altogether. So the question is what happens then?

Barry Habib, chairman of the board of Mortgage Success Source, which tracks rates and trends for mortgage brokers, says that when the Fed stops purchasing these securities, it will leave a vacuum in the market that will push up interest rates.

Paul Van Wart, a mortgage broker outside Boston, says rates have been jumping around a little bit recently. But overall, he says they're still near historic lows and "the market has definitely turned for the better."

Van Wart hopes this scenario doesn't change when the Fed stops buying up so many mortgages.

Scott Simon, who oversees mortgage-backed securities investments at PIMCO, an investment management firm, says rates might move up by a tenth of a percentage point when the Fed pulls the plug. "It won't be a perfect landing, but there are people now who think that rates are going to go up by one-half or 1 full percentage point," Simon says. "And we think that's crazy."

But Habib thinks rates could rise more. And he says anyone who hasn't refinanced his home yet should consider doing so very soon.

Simon says the Fed's mortgage purchase program has been an important initiative for getting the economy back on track.

If the Fed hadn't intervened, he says, "the housing market would have imploded" because foreclosures would have been so large.

"We could have had a depression," Simon adds. "I think they really saved the day."

The government actually has been making quite a bit of money on this program. The U.S. Treasury earns about $50 billion a year from interest that homeowners pay on loans the government owns.

Still, the investment is not without risks. The government holds more than $1 trillion worth of home loans that might go bad. But these were not subprime or exotic loans — they were fairly well documented and affordable. As a result, the government could continue to make money on its initiative to prop up the housing market.