Accessibility links
Zebra Finch DNA May Offer Clues To Human Speech The zebra finch is a songbird known for its elaborate serenades. Now scientists have decoded its genome and hope that the research will give them insight into the origins of speech-related disorders caused by autism, stroke and Parkinson's disease. 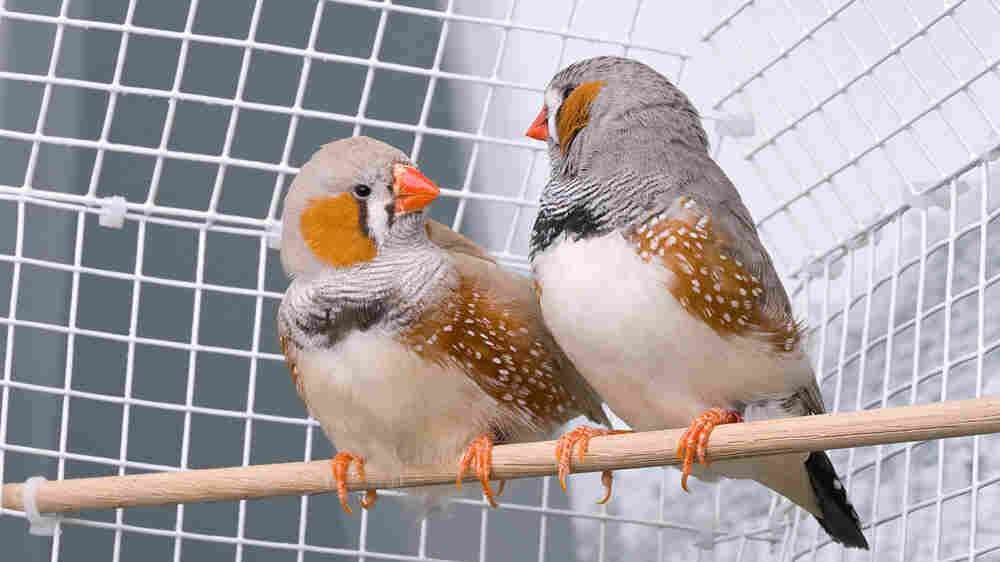 Zebra finches have complex songs that are learned throughout adolescence. Scientists who recently sequenced the finch's genome say that their research may lead to a clearer understanding of human speech-related disorders like those caused by autism, strokes and Parkinson's disease. iStockphoto.com hide caption 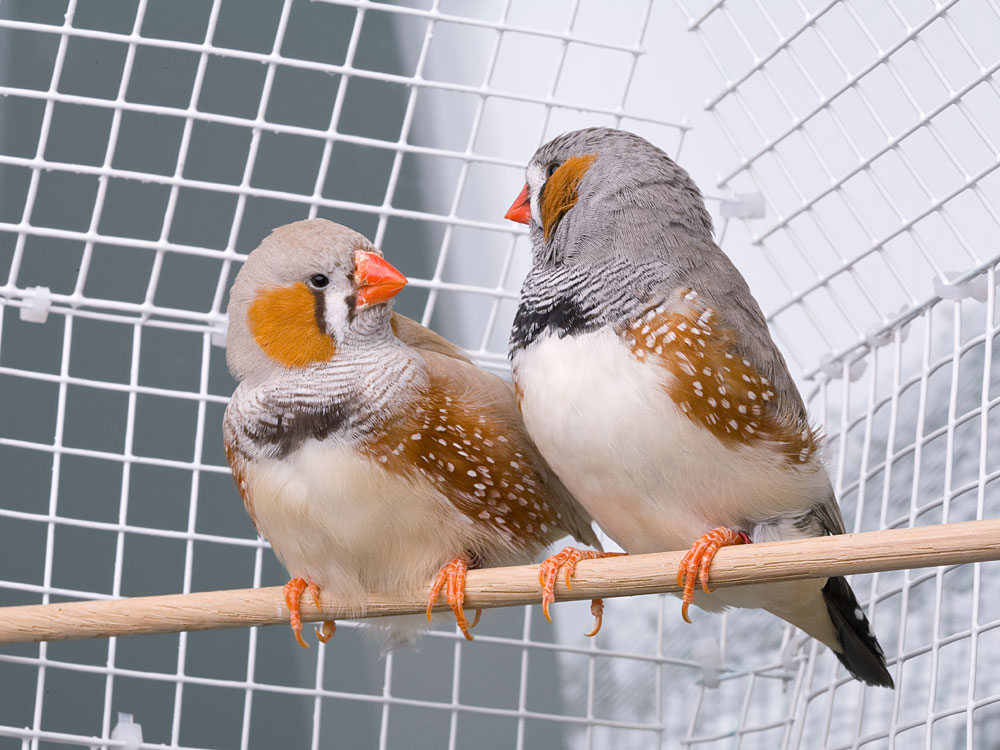 Zebra finches have complex songs that are learned throughout adolescence. Scientists who recently sequenced the finch's genome say that their research may lead to a clearer understanding of human speech-related disorders like those caused by autism, strokes and Parkinson's disease.

The genetic code of a small, noisy songbird is providing scientists with clues to the nature of human speech.

The genome of the male zebra finch devotes a lot of genetic code to hearing and singing songs, according to an analysis in the journal Nature. Much of that code controls brain circuits that are similar to the circuits people use for vocal learning.

"There are striking parallels," says David Clayton, from the Institute for Genomic Biology at the University of Illinois, Urbana-Champaign.

The similarities mean research on zebra finches could help explain a wide range of human speech and communication disorders, from stuttering to autism, Clayton says.

Zebra finches are the second bird to have their genome sequenced. The first was the chicken.

But you can't learn much about human speech from a chicken, Clayton says, because "the clucks that they make are not learned."

A young male zebra finch, on the other hand, learns to sing much the way a child learns to talk, Clayton says.

"The rudimentary steps are very similar," he says. Young male zebra finches produce something called a subsong, "which has been likened to the babbling of a human infant."

By listening to an older male, usually its father, Clayton says, the zebra finch eventually learns to produce a precise and sophisticated song that it will use for the rest of its life.

Intrigued by the similarities between these birds and humans, researchers have been combing the zebra finch genome looking for genes that seem to play a role in learning songs.

And they have found more than 800 so far, says Wes Warren, assistant director of the Genome Center at Washington University School of Medicine in St. Louis.

When it comes to the zebra finch, Warren says, "We talk about the whole genome being engaged in the vocal learning process."

The analysis of the zebra finch genome also showed that during the period when a young male finch is learning its signature song, large numbers of genes in the brain get switched on or off.

"The sophistication, the speed and the complexity is just amazing to me," Warren says. And even though birds diverged from human ancestors more than 300 million years ago, both species seem to rely on many of the same genes for vocal communication, he says.

In zebra finches, many of the genes are an unusual type whose main job seems to be switching other genes on and off.

Scientists think this type of gene may be one of the things that make vocal learning possible in a limited number of species, including bats, whales, elephants, birds and people.

A Model For Human Speech Control

"It provides us with a model to dissect what we learn from human genetics about speech control," says Story Landis, who directs the National Institute of Neurological Disorders and Stroke, which helped pay for the research on the zebra finch genome.

One human problem that could be explained by the finch research is stuttering, Landis says.

Neurologists know that a gene mutation causes stuttering in some Pakistani families, but they don't know how that gene could be affecting areas of the brain involved in speech.

That could change if the human gene mutation were put into a zebra finch, Landis says. "You could see if it caused the bird equivalent of stuttering," she says, and look for changes in the brain that would account for the problem.