Accessibility links
World's Largest Banana Museum Forced To Split Ken "the Banana Man" Bannister has collected more than 17,000 pieces of family-friendly, banana-related items since 1972. The city wants to kick his museum out of property it owns, so Bannister has put the collection on eBay. 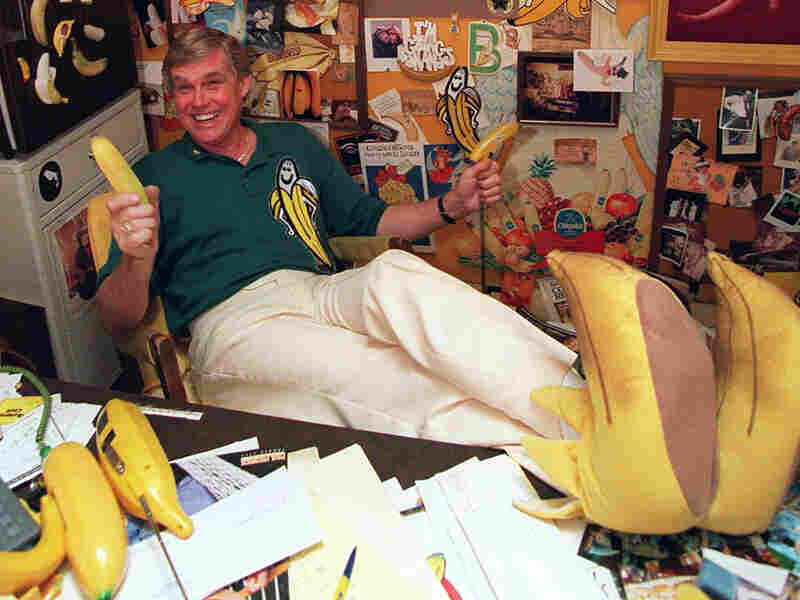 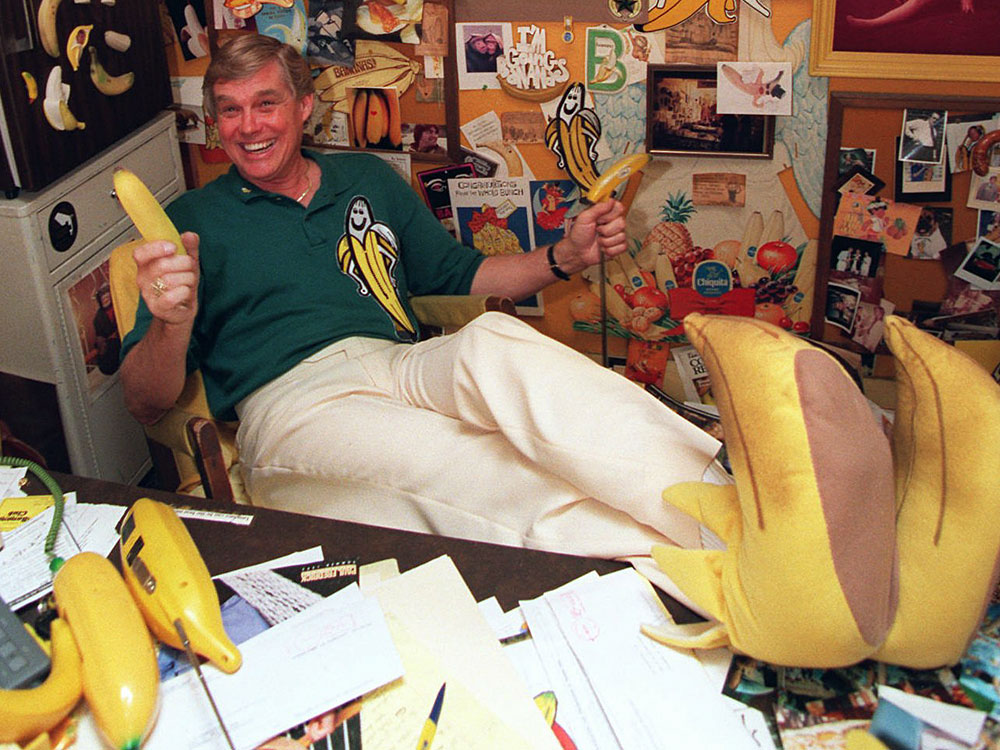 The world's largest banana collection in Hesperia, Calif., is in jeopardy.

The International Banana Club and Museum, which boasts 17,000 banana-themed artifacts and is listed in Guinness World Records as the "largest collection devoted to any one fruit," has resided for free in a city-owned building for the past four years. But now the Hesperia Recreation & Park District wants the collection out to make room for a new exhibit.

Founder Ken "the Banana Man" Bannister has not lost his sense of humor over the matter.

"We increased the people coming into that facility by over 800 percent, so we did not lose our appeal," he tells NPR's Robert Siegel.

People have sent banana-themed items to Bannister over the past 38 years. But he doesn't display anything "lewd, crude or lascivious" in the museum.

His favorite item in the collection is a petrified banana that came from a Kentucky girl's closet about 25 years ago. It's as hard as a rock and framed on the wall. Other highlights include a banana lamp, banana and monkey bowls, and various pieces of banana jewelry.

Bannister is trying to sell the whole collection on eBay. He's asking for $45,000.

"I've had five different offers," Bannister says, but so far, no one has put up the money.

Bannister is optimistic that a man he is scheduled to meet Wednesday will relocate the museum.

"I've got a buyer by the hand," Bannister says, "and that's the term used in reference to a bunch of bananas."