Accessibility links
U.S. Bishops Quietly Reinstate Accused Priests In the past few years, Catholic bishops have been reinstating some priests accused of sexual abuse. One watchdog group has identified about a dozen clergy who have been accused, arrested or sued for abuse and returned to ministry. 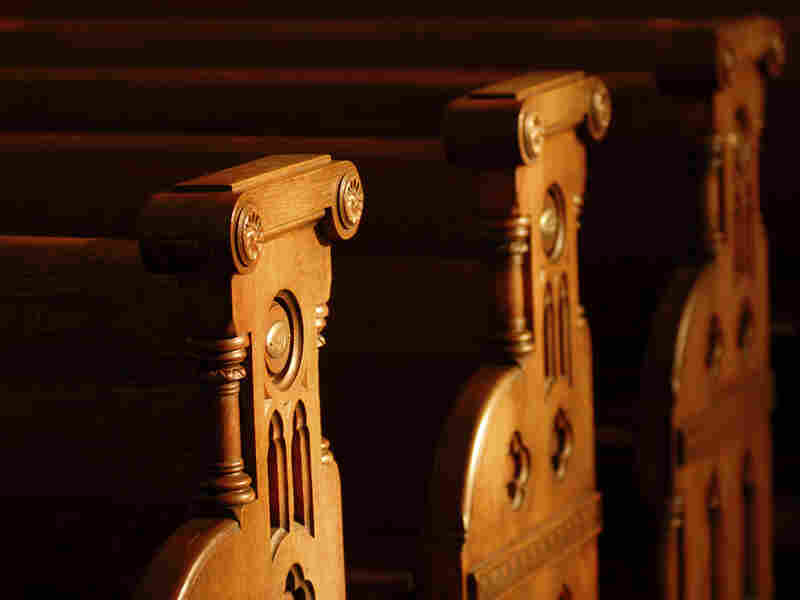 In the wake of its own scandal almost a decade ago, the Catholic Church in the U.S. says it has reformed its policies for handling sexual abuse allegations and will remove from ministry every priest who is credibly accused of abuse. iStockphoto.com hide caption 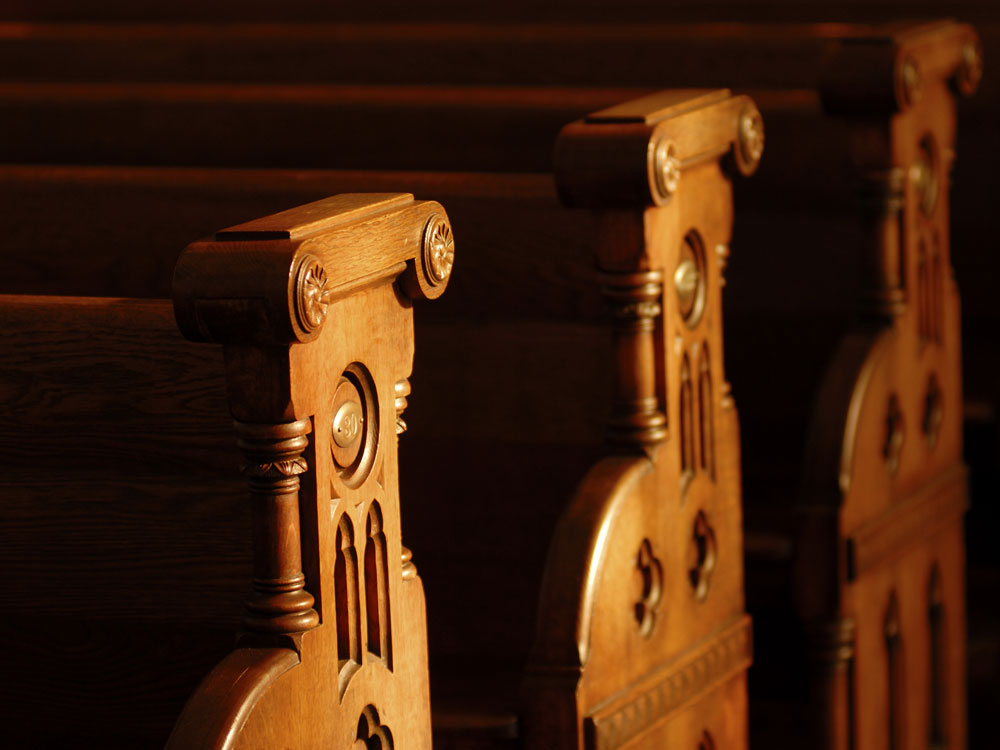 In the wake of its own scandal almost a decade ago, the Catholic Church in the U.S. says it has reformed its policies for handling sexual abuse allegations and will remove from ministry every priest who is credibly accused of abuse.

While the Roman Catholic sexual abuse scandal unfolds in Europe, the Catholic Church in the U.S. is under renewed scrutiny.

In the wake of its own scandal almost a decade ago, the U.S. church says it has reformed its policies for handling sexual abuse allegations and will remove from ministry every priest who is credibly accused of abuse.

But some of those priests are now being quietly reinstated.

One Case That Settled

Juan Rocha was 12 years old when he says he was molested by his parish priest, the Rev. Eric Swearingen. He eventually brought his complaints to the bishop of Fresno, Calif., John Steinbock. When Steinbock said he didn't find the allegations credible, Rocha sued the priest and the diocese in civil court.

In 2006, the jury found 9 to 3 that Swearingen had abused Rocha. But it could not decide whether the diocese knew about it. Rather than go through a new trial, the two sides settled.

At the time, Steinbock said he thought the jury got it wrong, and that while the Catholic Church should protect children, "doing this cannot be done in such a manner as to punish innocent priests."

How Does The Catholic Church Prevent And Punish Child Sexual Abuse?

Just about everyone, including critics, believes that the U.S. Catholic bishops are far more aggressive about looking for signs of abuse and protecting children since they passed new policies in 2002. The problem is that the process is not transparent.

Generally, if a minor comes to the church and says he's been abused, the church is supposed to remove the priest from ministry and turn that information over to the police immediately. NPR has reported on some cases where that has not happened because the investigator or bishop did not find the allegation credible.

But if the alleged victim is no longer a minor, the process is more opaque and complicated. The bishop decides whether the person is making a valid claim. Then, if he thinks the victim may have been abused, the bishop gives the claim to his diocesan review board. The review board comprises clergy and lay people, whom the bishop appointed. The board investigates the case, and then makes a recommendation.

But the bishop doesn't have to follow the recommendation and can keep the priest in ministry. And there's not much anyone can do about it — except sue. But in most of these cases, the statute of limitations has expired.

And there's another stumbling block: Religious orders are not bound by the Dallas charter that the bishops agreed to in 2002. Religious orders include the Jesuits, Dominicans, Franciscans and many others — and a lot of these priests work with children in schools and universities. Many orders say they follow the charter voluntarily, and they do have their own set of rules. But they don't have to subscribe to the bishops' charter, because they report to provincials or heads of the order, not the U.S. bishops.

The effect, plaintiffs lawyers say, is that religious orders appear to be more insulated from scrutiny. And they say that abuse cover-ups are much worse in the orders. In part, this is because it's so easy to move priests around — not just from parish to parish, but city to city and country to country.

For example, a Dominican priest named Aaron Cote had a long trail of documented abuse. He was transferred from Washington, D.C., to Ohio to Peru to Massachusetts and finally, to Rhode Island before finally being sued and removed from ministry.

"Bishop Steinbock continues Swearingen in ministry to this day, choosing to believe the priest is innocent, choosing to protect the priest, and choosing to disregard entirely the judicial finding by a jury that found he had committed the crime of sexual abuse against Juan," says Rocha's attorney, Jeffrey Anderson.

Today, Swearingen serves as priest at Holy Spirit parish in Fresno, where he also oversees the youth ministry. Swearingen did not return phone calls, and Steinbock declined requests for an interview.

Returning Priests Back To Ministry

Swearingen's case is not an isolated one, says Anne Barrett Doyle, who works with the watchdog group BishopAccountability.org. She says that recently, bishops have started quietly returning to ministry priests who previously have been accused of abuse.

"I think they feel that the crisis has died down in the public mind," she says. "Therefore, they have some confidence that if they go ahead and reinstate these priests, that they'll get very little backlash."

Doyle and others have identified about a dozen clergy who have been accused, arrested or sued for abuse and returned to ministry. She says the process for investigating priests is secret, and often the diocese says nothing about the charges against a priest when it returns him to ministry.

In 2003, a criminal-trial jury convicted the Rev. Michael Fugee, a priest in Newark, N.J., of molesting a teenage boy. Later, an appellate court overturned the verdict because of the judge's instruction. Rather than undergo a new trial, the prosecutors and the Archdiocese of New Jersey agreed to keep Fugee away from children.

When officials at a local hospital where Fugee was serving as a volunteer chaplain — saying Mass and ministering to families — learned of the criminal trial in his past, they were horrified.

Archbishop John Myers declined to speak on the record, but his spokesman says that Fugee's assignment was only temporary and did not involve regular ministry to children.

The case is troubling even to the church's internal watchdog.

"If there's a credible allegation, they're out of public ministry. Period," says Theresa Kettlekamp, who oversees the Secretariat for Child and Youth Protection for the United States Conference of Catholic Bishops. She says there are no exceptions to this policy.

But Kettlekamp points out that the church also has to take priests' rights into account — especially those who have been cleared. In the outside world, if a person is found not guilty of abuse, "we don't then send you to prison, or we don't banish you or put you on some registry that says you've been charged with a crime. You're returned to full status as a citizen, and I think this is a similar analogy in the church. "

I haven't seen any public document that shows how many cases they've had, what the outcomes have been, and if any of those matters have been forwarded to Rome. So it's really hard to speculate on what actually is happening in United States.

Anne Burke, who served on the United States Conference of Catholic Bishops' National Review board

Kettlekamp says that since 2002, the bishops have adopted strict policies to identify abusers and keep them away from children.

But how to interpret those rules is left up to the individual bishops. Although they have to report cases involving minors to the police, what constitutes abuse is left to their discretion.

And that means the public doesn't trust the bishops, says Anne Burke. Burke served from 2002 to 2005 on the National Review Board, which the U.S. bishops set up to oversee how they were handling sexual abuse claims. Burke says she is dismayed that many bishops have failed to disclose even the basics.

"I haven't seen any public document that shows how many cases they've had, what the outcomes have been, and if any of those matters have been forwarded to Rome," she says. "So it's really hard to speculate on what actually is happening in United States. And I think it's a good question that we all should probably get some answers to, and I'm not exactly sure where to go to get those answers."

But with new scandals erupting overseas, people are looking for those answers once again.