Accessibility links
NUMMI Plant Closure Ends Toyota-GM Venture New United Motor Manufacturing Inc. was a unique partnership that ended when GM pulled out last year and Toyota decided to shut the plant down. Toyota officials say the plant simply wasn't economically viable, but many workers suspect that it may have had something to do with their union. 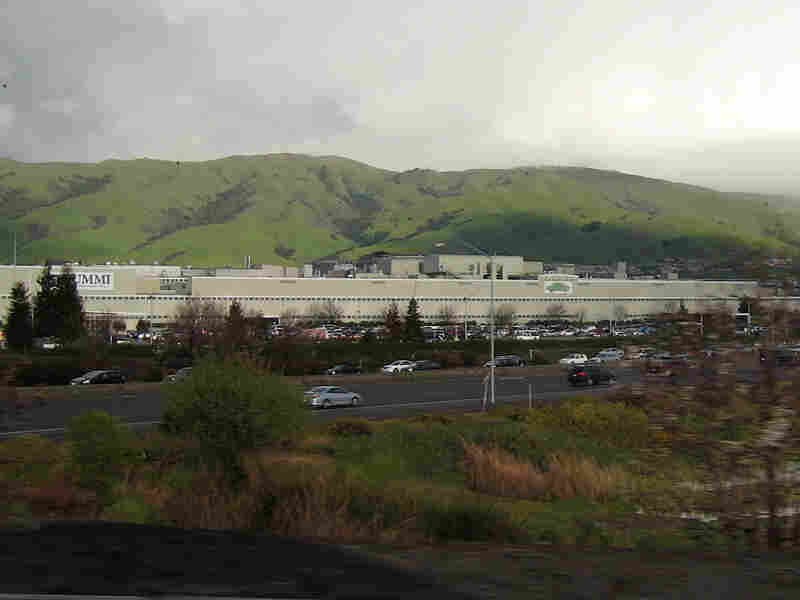 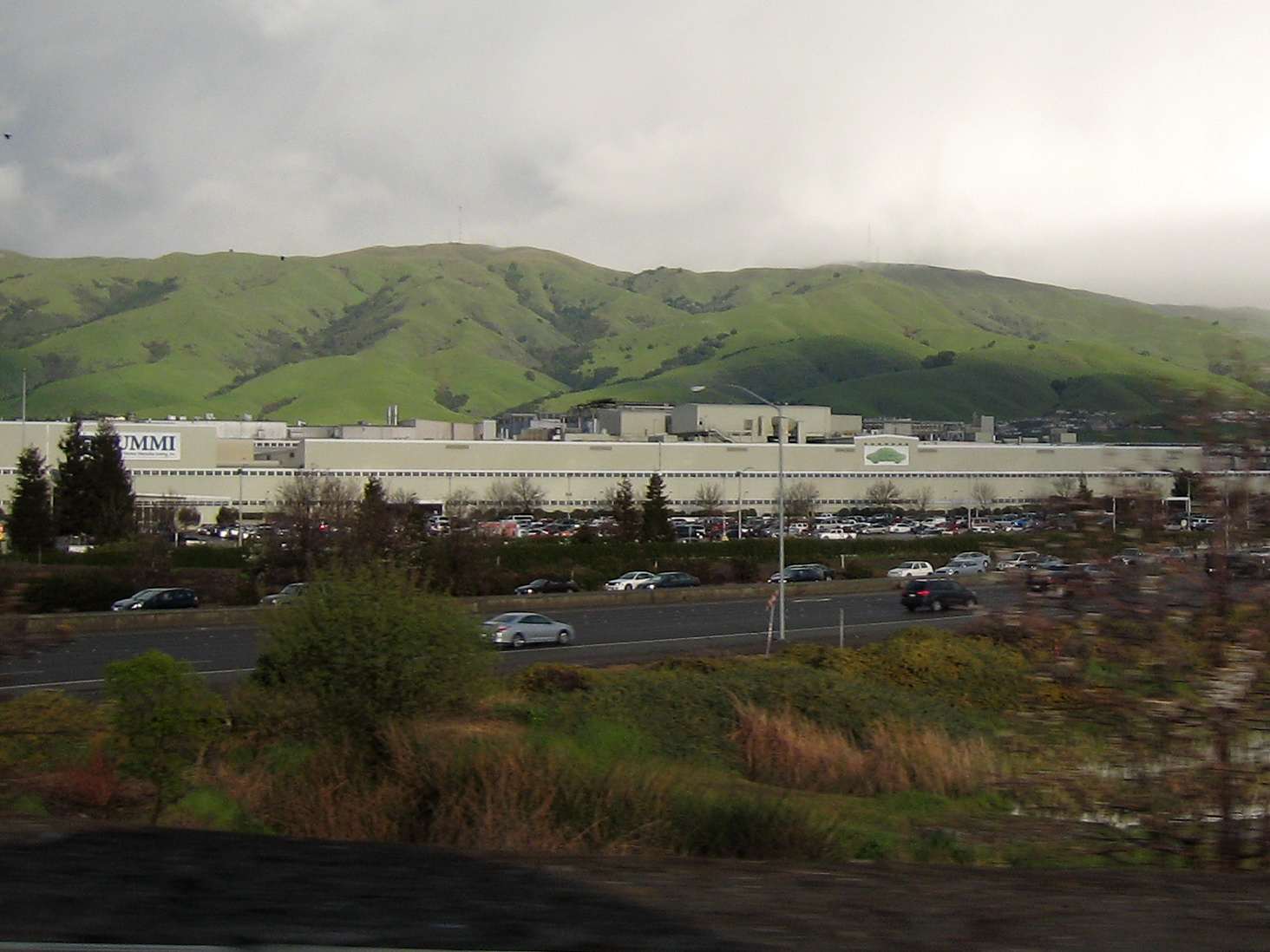 The only remaining auto manufacturing plant on the West Coast is closing Thursday, marking the end of an era in the history of automaking.

New United Motor Manufacturing Inc., also known as NUMMI, was a unique joint venture between Toyota and General Motors in Fremont, Calif., but the partnership ended when GM pulled out last year and Toyota decided to shut down the plant.

NUMMI's end began late last week when the company released about 1,000 workers who built Toyota Tacoma trucks. Some gathered in a local restaurant just an hour or so after they had filed out of the plant for the last time.

Curt Sanders, a 17-year veteran, said he was fine until his daughter texted him.

"As soon as my daughter texted me, you know, 'Everything's gonna be fine. We'll be OK, and this and that,' I just — that's when the river started," he said.

There were hugs, tears and more than a few beers as workers traded phone numbers and e-mail addresses.

Many of the workers wonder why Toyota is closing NUMMI, which opened in 1984 as an experiment to see whether unionized American workers could adapt to Japanese management practices. They did. But more than two decades of building high-quality cars wasn't enough to convince Toyota to keep the plant open after GM pulled out.

Toyota officials say NUMMI simply wasn't economically viable, but many workers suspect that it may have something to do with their union. This was Toyota's only unionized workforce.

"Toyota has never shut a plant down in 73 years, and we were the only plant to get a zero-defect audit, ever, in the Toyota history," said Ann Ezra, who worked for NUMMI for more than two decades. "Only another Lexus plant has ever done it, and they're going to shut us down? Why? So yeah, it's because of the union."

Ezra stopped there. Workers have agreed not to denigrate the company in exchange for a severance package averaging about $50,000, depending on years of service. In all, 4,700 workers will lose their jobs.

Harley Shaiken, a labor expert at the University of California-Berkeley, says the NUMMI closure will have a spillover effect on scores of other businesses. 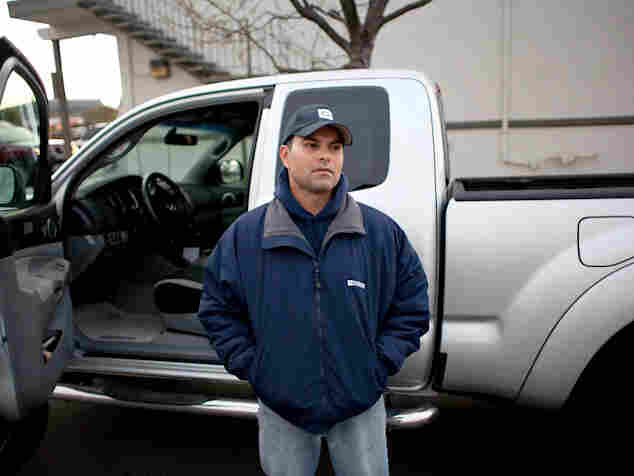 Johnny Rowe, a laid-off worker from the NUMMI facility, stands in front of his Toyota truck, which was built at the plant. Jeff Enlow/KQED hide caption 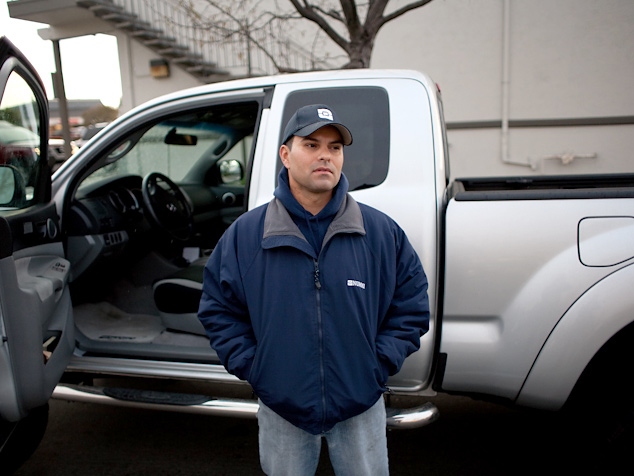 Johnny Rowe, a laid-off worker from the NUMMI facility, stands in front of his Toyota truck, which was built at the plant.

"The 20,000 workers who will be impacted by the NUMMI closure work in direct suppliers, some of which will be totally closed," he says. "They also are related workers — the people in the restaurants down the street, the schoolteachers and nurses in hospitals and schools where NUMMI workers live. The impact of this is going to be felt deeply."

Some local leaders hope to recruit another carmaker to Fremont, but Mayor Bob Wasserman says he foresees housing and retail development, perhaps even a ballpark, on the 380-acre site.

"If Toyota, the biggest and best automaker in the world, if they can't make a profit there, who in the world can?" he said. "So its future as being as it was in the past is not likely."

NUMMI worker Johnny Rowe has a piece of the past he'll hang onto.

"The truck I drive, I actually saw it get built. So there's some pride in what we drive. There really is," he said. "When I leave the plant, I'm actually sitting in, I'm still sitting in the plant. Driving every day, I'm kind of bringing a piece of NUMMI with me."

The last NUMMI-made Toyota Tacoma truck rolled out Friday. The last Corolla will leave the plant Thursday, and the workers who made it will file out to a final round of farewells.