Accessibility links
For Israelis And Palestinians, The Two-State Dream Is Dead Commentator Reza Aslan doesn't see a future for the Middle East peace process. No matter who is to blame for the 40 years of botched attempts to resolve disputes over the territory Israelis and Palestinians share, the conclusion remains the same: We're headed to a one-state solution.

Listen
The Two-State Dream Is Dead 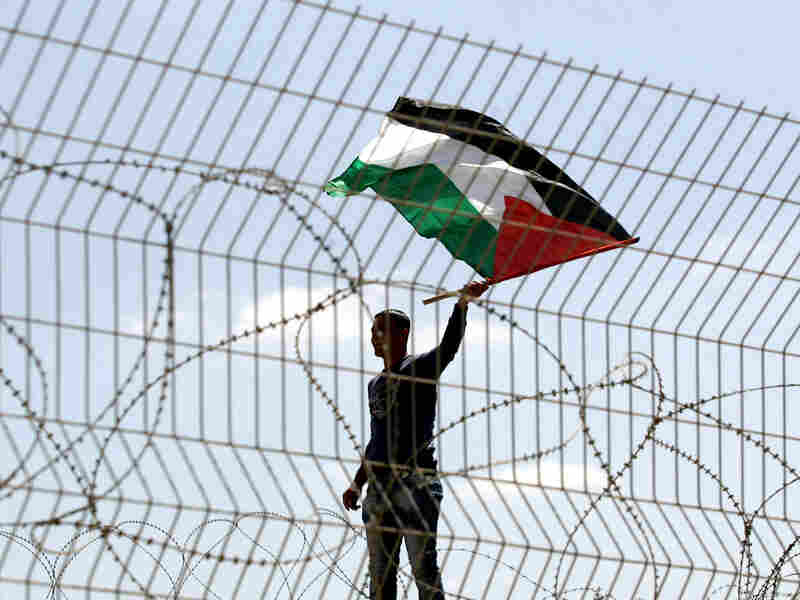 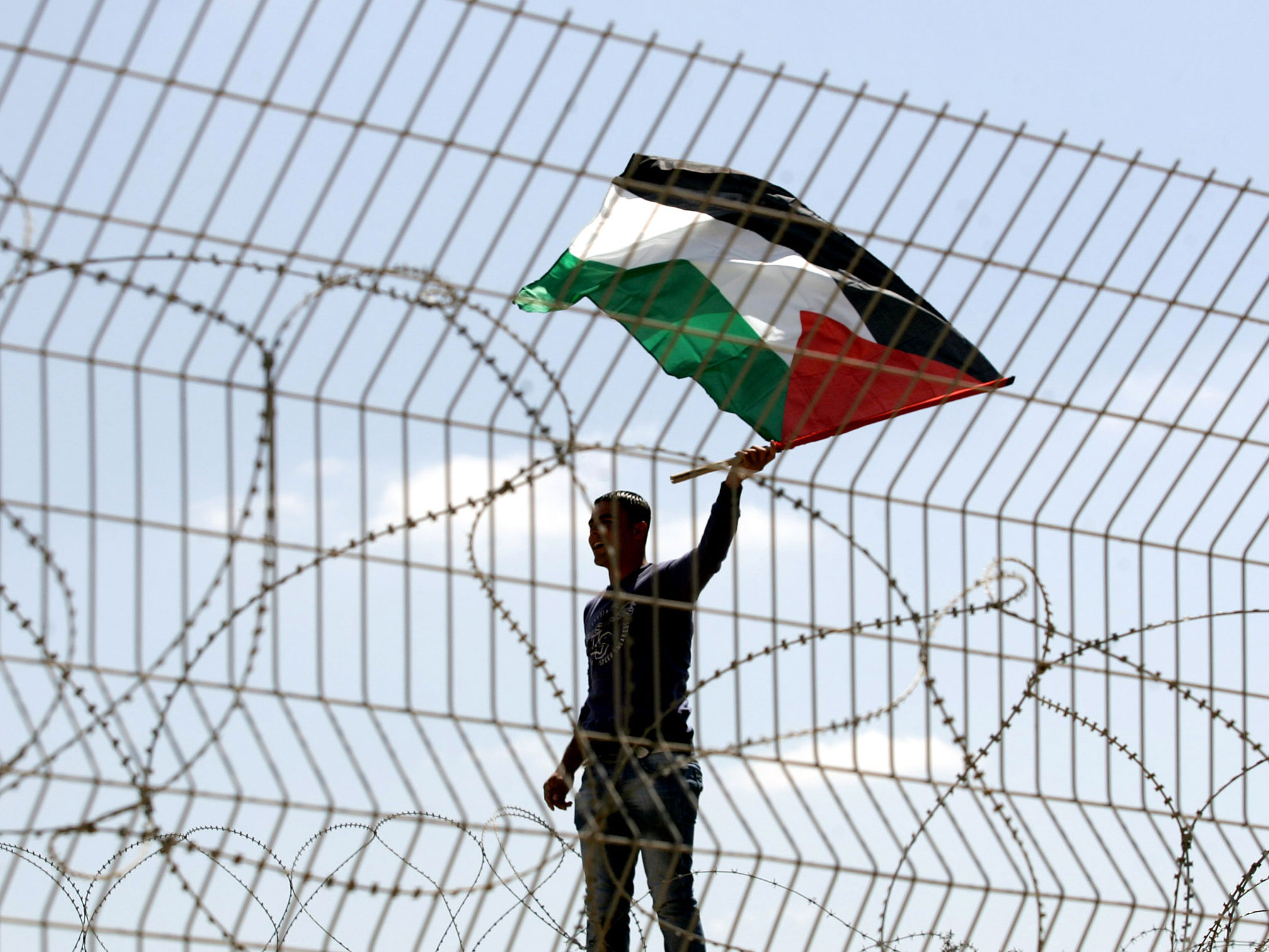 A Palestinian protester waves a Palestinian flag at an Israeli checkpoint during a demonstration. After two weeks traveling through Israel, commentator Reza Aslan sees no possibility of restarting the Middle East peace process.

Reza Aslan is the author of Beyond Fundamentalism: Confronting Religious Extremism in the Age of Globalization.

I can say with confidence the prospect of a Two-State Solution is dead and buried.

There's plenty of blame to go around for its demise.

You can blame the geriatric Palestinian leadership, whose corruption and ineptitude have forfeited the confidence of the Palestinian people.

You can blame Hamas and its fellow militants, whose terrorist activities and hostile take-over of Gaza have made the notion of a unified Palestinian state difficult to imagine.

You can blame the growing number of Jewish ideological settler groups whose thirst for more land have made it next to impossible for Israel to dismantle the settlements and return to the 1967 borders.

You can blame each successive Israeli government that has pandered to such groups, and the current Likud government, whose party platform "flatly rejects the establishment of a Palestinian Arab state west of the Jordan River."

And you certainly can blame the United States, whose erratic and often imbalanced handling of the Israeli-Palestinian conflict has rightly earned it the suspicion of both sides.

But wherever you place the blame this one fact is becoming increasingly obvious and undeniable: The Two-State Solution is becoming a fast fading dream.

The problem is that neither time nor the demographics of the region are on the side of the Israelis.

Today, the number of Israeli Jews and Palestinian Arabs living between the Jordan River and the Mediterranean Sea is roughly equal: about 5 million inhabitants each. But most demographers agree that, in less than a decade, Palestinians will greatly outnumber Israelis.

That means that barring some demographic miracle, Israel will no longer be a Jewish majority state. At that point, it will have two options. It can either become an apartheid state in which a Jewish minority rules over a disenfranchised Arab majority. Or it can become a single, unified, bi-national state in which Israelis and Palestinians live side by side within a single border.

Given the decades of violence and mistrust between the two sides the notion of a One-State Solution state may sound absurd. But it is not as crazy as it seems.

Israel and Palestine already live in a single territory, have a single currency, a single market, a single political and economic eco-system. True, right now Israel calls all the shots, but a Palestinian-Israeli confederation wherein the two peoples share joint political and economic institutions while maintaining a sense of semi-autonomy and preserving their cultural and religious distinctions -- is not so far fetched.

The One-State Solution may be hard to imagine today and admittedly the violence of the past few decades would make peace just as difficult to achieve in a single state as it would be through partition. Nor does the One-State Solution solve such intractable issues as the status of Jerusalem or the right of return for Palestinian refugees.

But unless four decades of the status quo suddenly transforms into two independent states in the very near future, a single bi-national state will be, for better or worse, unavoidable. Perhaps we should start planning for it now.