Accessibility links
Quasi: Real-Deal, Long-Term Indie Rock In rock and roll terms, the Portland-based band is a veteran act. When they started playing together 17 years ago, they had no idea the gig would last. Now, Sam Coomes and Janet Weiss have put out their eighth album, called American Gong. 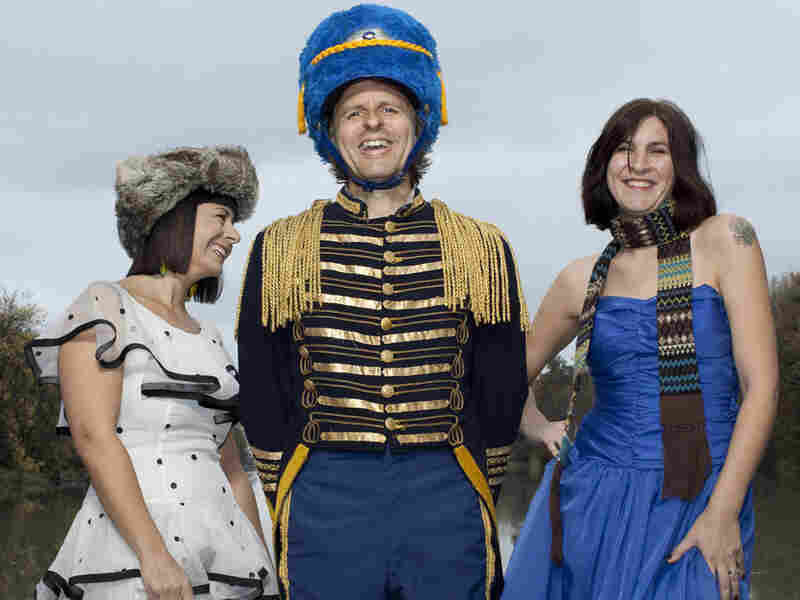 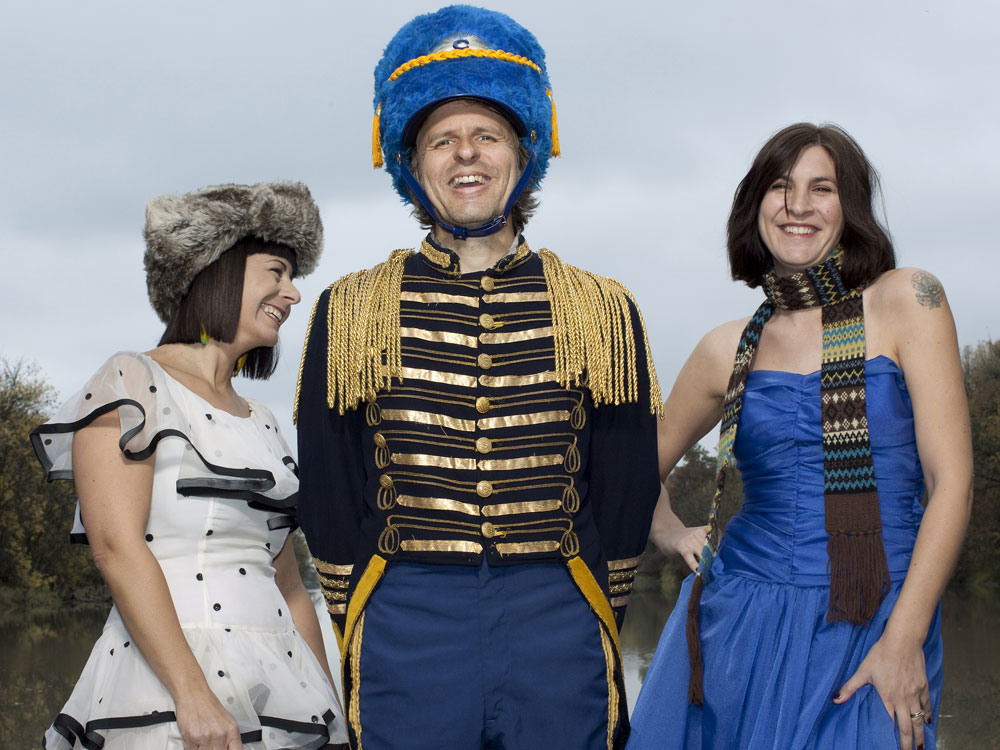 In rock 'n' roll terms, the band Quasi, from Portland, Ore., is a veteran act. Sam Coomes and Janet Weiss have just put out their eighth album, called American Gong, but when they started playing together 17 years ago, they had no idea the gig would last.

"It was sort of almost the opposite of a career path," Coomes says. "You had to be a little nuts to throw yourself into it."

Three albums into that career, Quasi was on the way up. Part of a wave of indie-rock bands that washed out of the Pacific Northwest in the 1990s, the duo, Coomes on keyboards and Weiss on drums, had an immediately identifiable sound and a story with a huge hook. Before they were musical partners, Coomes and Weiss had been married. Then they were not.

The arrangement was an apt metaphor for Quasi's worldview: askew, perhaps dysfunctional, but somehow still united. In concerts, despite the fact that the pair were seated behind their instruments, they managed to make a lot of noise. Weiss hammered off-kilter beats on her drums, and Coomes alternated between guitar and a crazy-sounding antique organ called a Rocksichord. Quasi's songs at the time were spiky and melodic; Coomes' sharp vocals were softened by harmonies from Weiss. The lyrics to the songs dripped with dark irony.

They Shoulda Been Contenders

Add some famous musical friends — Weiss played drums for Sleater-Kinney, a band Time Magazine once called the best in America, and Coomes played with Elliott Smith — and there was reason for college radio fans to think that Quasi might break through to a wider audience.

One of those fans, Jimi Biron, books bands at a chain of Portland venues owned by the McMenniman's company. He says that Quasi snuck onto the local scene as a poppy, harmonizing duo during the post-Nirvana heyday of the Pacific Northwest's heavy, lethargic grunge obsession.

"Everybody had this kind of dirgey sound," Biron says. "There [were] no harmonies and there was a lot of screaming. And you had this group that was incredibly melodic and really fun."

Biron saw the band play some of its earliest shows in Portland, in front of just a few audience members. By the end of the '90s, he says, they were selling out venues that held over a thousand fans.

"It did seem that there was a point where they were neck and neck with Modest Mouse and the bands like that that have gone on to huge platinum success."

It didn't quite pan out. Instead, somehow, Quasi just outlasted the lifespan of the narrative, the expectations, and the gimmicks, not to mention that signature Rocksichord organ sound, which Coomes dumped for electric guitar. Along the way, Quasi ditched another feature of the original story: Weiss and Coomes quit playing as a duo.

The audience responded to the "intensity of the two-piece," Weiss says, but that intensity "doesn't just go away when you walk offstage." And touring, which means hours on the road in a confined space, can be trying.

"No matter how well you get along, and you know, especially given our accumulated history over the years," Coomes says, "when you get two people and you lock them in confined spaces for prolonged periods of time, occasionally it's just loggerheads."

So Quasi picked up a bassist, lifelong Portland native Joanna Bolme, who actually helped to record some of Quasi's early albums and now plays with Weiss in the Jicks, the band led by Pavement singer Stephen Malkmus. American Gong is the first album the band has recorded as a trio. The move to a standard rock lineup — drums, bass and electric guitar — gives the songs a heftier feel, and as Weiss notes, Coomes' lyrics have started to betray a glint of optimism.

"Your sadness and sickness are nothing to prize," goes a line in "Rise Up," and near the end of the album, in a song called "Laissez les Bon Temps Rouler," Coomes sings, "I used to be mad, not any more."

But even if Quasi's lineup, sound, and attitude have changed, the philosophy behind the band hasn't. That presiding idea trickled down through indie rock from punk: music can be a loud, rambunctious form of social criticism that — in the words of the writer Greil Marcus — draws lines between young and old.

Lately, Weiss and Coomes are finding themselves on an unfamiliar side of that line.

"It really feels sometimes like punk never happened," Weiss says. "I feel old. I feel like my generation is old now and it's time for the kids to do their thing."

"There's an emphasis on professionalism which was not only not so prevalent when we were younger, but it was frowned upon," Coomes adds. "That's a change."

Indie rock has changed in the last 10 years. Where Weiss proudly says she hasn't ever played on a song that was used in a commercial or TV show, today that's exactly what success has come to mean for many young bands. For longtime fans like Jimi Biron, figuring out where Quasi fits into the new indie order can be a difficult question.

"Quasi is a band that you root for and you want to see succeed." Biron says. "But you wonder if they want to."

Quasi isn't tied to any licensing deal. Weiss and Coomes are playing smaller venues than they once did. And yet, after nearly 20 years, they're still making music together. Weiss jokingly waves off the idea that monetary success has anything to do with the band's longevity. But it has, she says, developed a kind of telepathy.

When times got tough, says Coomes, that connection was reason enough to stick together.

"I really appreciate just the musical relationship that you get playing [together] over time," he says. "It's difficult to cultivate that and it's valuable. So you don't want to just toss that out without a real good reason."

The band itself might not have planned for it, and its long, stuttering career might not seem like a perfect model. But in Quasi, anyone looking for lessons on how to sustain a fruitful partnership over two decades has a good place to look.