Accessibility links
Prolific 'Sojourner' Writes a New Box Set CD box sets usually gather a singer's career highlights — greatest hits, with some rarities thrown in. Now comes one that contains no hits. All of Sojourner's recordings are new, from a band with a small but intense following: Magnolia Electric Co. 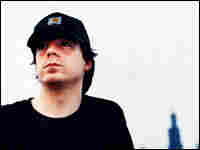 "What Comes After the Blues"

In music, box sets usually gather a career's worth of highlights — greatest hits, with some rarities thrown in for the hardcore fans. Now comes a box set that contains no hits. All of the recordings on Sojourner are new, from a band with a small but intense following: Magnolia Electric Company.

The group's singer and songwriter is Jason Molina, who put out close to a dozen albums under the name Songs: Ohia before starting a full band. He writes songs at a remarkable rate, so instead of an album, he's put out a box set, complete with four CDs, a DVD, a wooden box and even a medallion.

Glen Hansard, lead singer of The Frames and star of the movie Once, bought Molina's first album by accident, in a record store.

"I bought this record, and that evening we were driving in the van, and I stuck it on, on the car stereo," Hansard says. "It was after a gig and everyone was wrecked, and we just put on this record, and it was just absolutely stunning to me. Totally fell in love with it."

The songs on Sojourner take many forms: Some are stark and quiet, others fleshed out by a full rock band. But they almost always mention the moon, usually as a looming figure of menace.

"There's something about the sensibility of what he does that's so incredibly traditional, and yet so modern," Hansard says. "It's like that Leonard Cohen thing: incredibly melancholic music that for some reason leaves you with a smile — not a smile, but leaves you with a kind of sense of hope."