Accessibility links
Ant Attack! E.O. Wilson's First Novel Takes On War In Anthill, the Pulitzer Prize-winning Harvard biologist uses "the most warlike of all creatures" as a metaphor for how human societies start wars. Wilson tells NPR he was compelled to write a novel to affect public opinion on conservation. 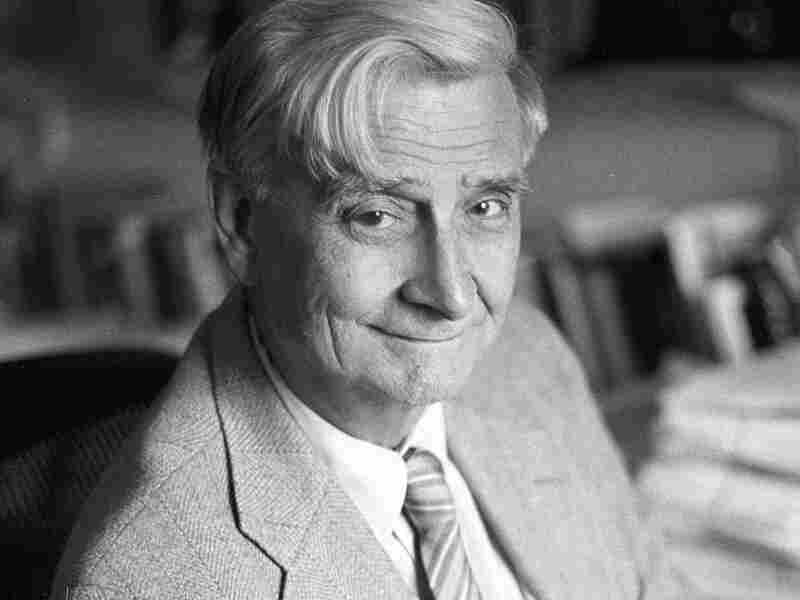 Pulitzer Prize-winning Harvard biologist E.O. Wilson has written his first novel, called Anthill. He tells NPR, "Every kid has a bug period. I just never grew out of mine." Jerry Bauer hide caption 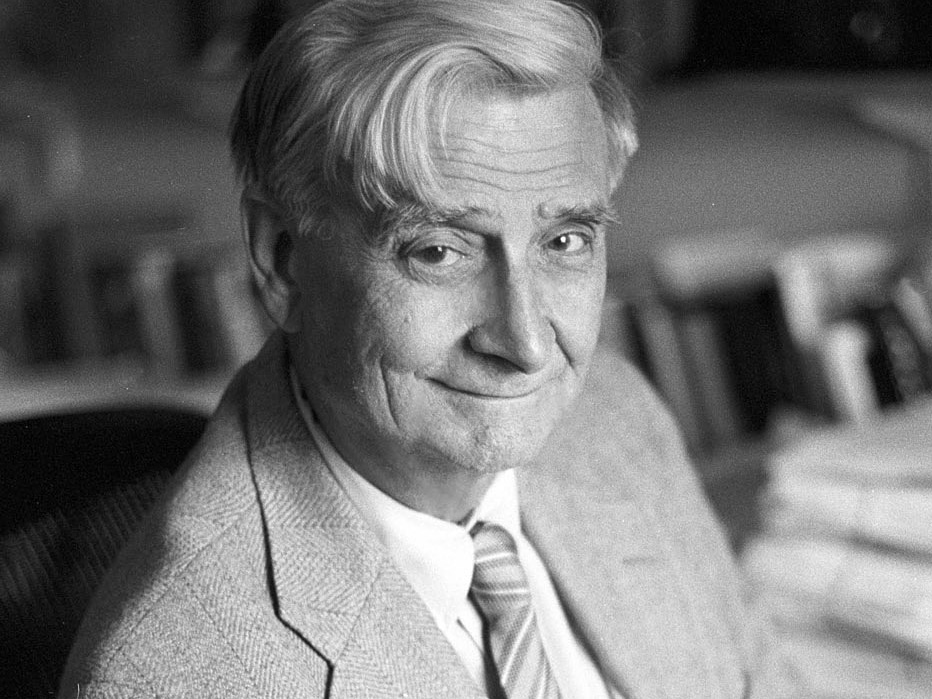 Pulitzer Prize-winning Harvard biologist E.O. Wilson has written his first novel, called Anthill. He tells NPR, "Every kid has a bug period. I just never grew out of mine."

At the heart of E.O. Wilson's first novel are 70 pages that only he could have written.

The Pulitzer Prize-winning Harvard biologist has taught over the years that an ant colony possesses a communal intelligence. Individuals serve limited, designated purposes.

Now he's taken his intimate knowledge of ants to write the novel Anthill, in which most of the characters are ants who make up large colonies and engage in a series of wars on the side of a lake in rural southern Alabama.

Wilson says it's in ants' nature to attack.

Listen To A Reading

"Ants are the most warlike of all creatures and most species. If they are not at least competing with each other fiercely for resources by first come, first serve, they are at war with one another," Wilson tells NPR's Robert Siegel. "And it's quite natural for most species for one colony to wipe out another if it possibly can."

Wilson uses the ants' behavior in his novel as a metaphor to describe human societies. His description of how war breaks out is reminiscent of the Central American soccer war of 1969 when football hooliganism led to all-out national conflict. What starts out as a tournament between the ants turns into wild violence.

It's quite natural for most species for one colony to wipe out another if it possibly can.

"The tournaments of the ants are quite extraordinary because the soldiers come out ... and some smaller workers accompany them and they strut about on stilted-like straightened legs and puffed-up bodies ... and walk around one another [bumping] each other," Wilson says, adding that this happens in a small number of species. And then a counter ant (an ant that actually counts) from each colony "goes through, sniffs each one in turn and then reports back to the colony how strong those forces are," he says.

During the tournaments, the colony sends out more soldiers to bluff the other colony out.

"And the colony that gets bluffed out, very much like two competing human societies, retreats a little bit — and that's the payout of the game," Wilson says. 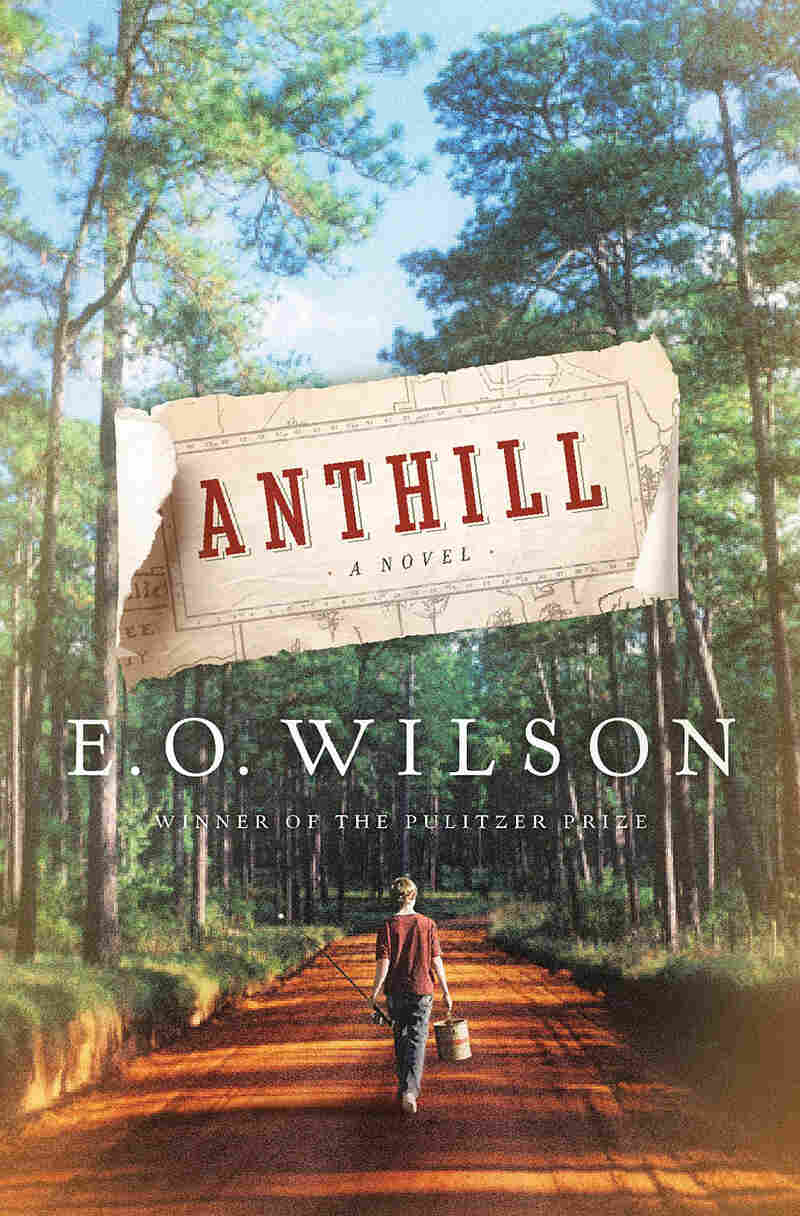 A Message About Conservation

The key difference between wars that nations fight and that anthill colonies fight is that humans send young males to war and ants send elderly females.

"All ants that you see, all of the members of the colony that work with the queen. are female. I think most people would say that's not bad, though others might say that's liberalism run amok," Wilson says with a chuckle.

According to Wilson, male ants are brought into existence only for a short season. They're taken care of by their sisters, he says, and then released on the big day when they get the chance to mate with a virgin queen. Then they die.

Wilson says he wrote the novel to try to reach a wider audience and have a greater impact on public opinion about conservation than his nonfiction books. Wilson's protagonist, Raphael Semmes Cody, falls in love with nature and never falls out of love.

"Whereas people respect nonfiction, they read novels," he says. "So this was one of the motivations I had for converting what I know and then having — I hope — not too obvious an environmental message in the form of a story. The ants in the novel join me in making this effort because ants are the most abundant of all insects, they are the most social. And they're also, I think, to most humans the most interesting. They are there to represent the ecosystem in an interesting and, I hope, compelling way."