Accessibility links
Television Revew: 'Treme' — A Beautiful Snapshot Of Life After Katrina After profiling Baltimore's citizens, politics and problems in the HBO series The Wire, David Simon heads south to New Orleans — to look at the city three months after Hurricane Katrina. TV Critic David Bianculli reviews the series, which he says is "like a haunting piece of jazz from the French Quarter." 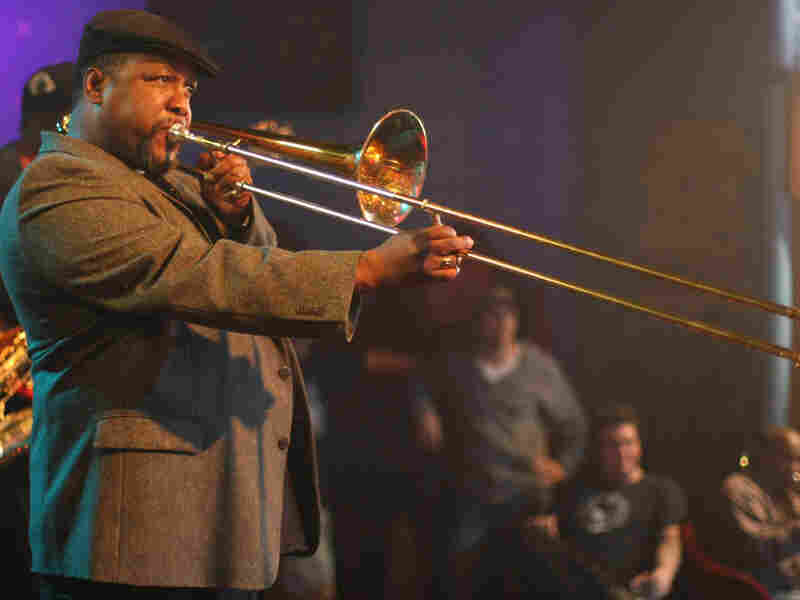 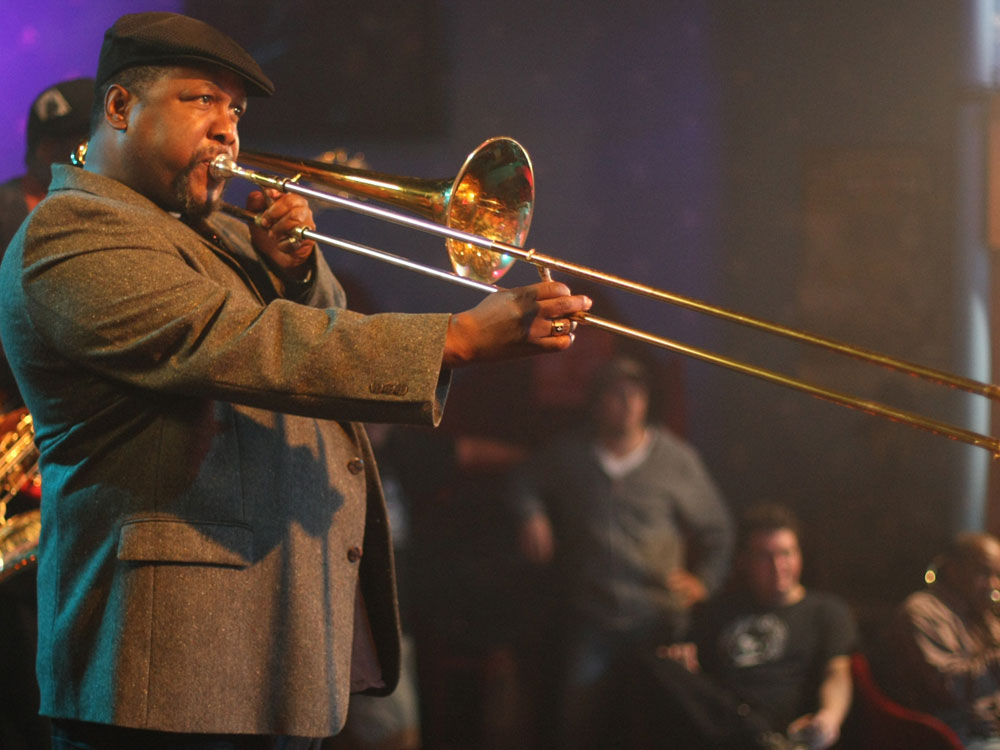 Wendell Pierce played Detective Bunk on David Simon's HBO series The Wire. Simon cast the New Orleans native in Treme as a trombone player down on his luck.

The first thing you see at the beginning of HBO's new series Treme are the superimposed words that define the setting for David Simon and Eric Overmyer's New Orleans drama: "Three months after." It doesn't say after what, and it doesn't have to. It's 2005, three months after Hurricane Katrina — and the residents and the buildings that are left, especially in the Ninth Ward, are both extremely tough and extremely fragile.

In the opening credits, we see the interiors and exteriors of building after building, all of them discolored by flood markings. The characters in Treme have been marked just as clearly, but they're all determined to move ahead — and reclaim both their lives and their city. And while the location shooting in New Orleans is an absolute necessity to the success of Treme, that was no guarantee of success. Shortly after Katrina, the Fox network gave us K-Ville, a short-lived drama that filmed in the Gulf, but never captured it.

Treme captures it, beautifully, by being understated — by letting the beauty and the devastation, the music and the eerie silences, bump up against one another constantly. And the secret weapon of this show is its cast. It may take a while to get to know these characters, because we're thrown into their world without explanation or apology — but because of their past TV roles, we're already on their side, and ready to go. College professor Creighton Bernette, played by John Goodman, is called upon to give voice to the people. He gives one interview to a visiting British TV journalist, who takes Bernette out to the levee to film him. But even with the professor's young daughter watching off camera, he can't talk long about the flood without having his own temper rise.

Goodman may be the most prominent name here, with decades of goodwill, but he's by no means alone. His wife, attorney Toni Bernette, is played by Melissa Leo, from Homicide: Life on the Street. Kim Dickens, who plays a struggling restaurant owner named Jeannette, was the prostitute Joanie Stubbs on Deadwood. And lots of the players come from what might be called the David Simon repertory company: Wendell Pierce and Clarke Peters hail from The Wire; Khandi Alexander, from The Corner. Pierce, who played homicide detective Bunk Moreland on The Wire, has one of the juiciest roles, as a trombonist named Antoine Bastiste, but every character, and every actor, is excellent here. It's the sign of a great TV series when you don't care which characters are on-screen, because you're interested in them all. Very quickly, Treme establishes itself as that type of series.

Best of all, perhaps, is what the show does with music. Without getting sappy or preachy, Treme demonstrates, early and often, how organic music is to the culture of New Orleans. Real-life musicians like Dr. John and Elvis Costello make the rounds in the recording studios, and music is everywhere — from funeral parade lines to tunes on the radio and songs from street buskers. Music is always lurking in the background — and every so often, it rises to the surface, takes center stage, and all but takes your breath away with its defiant vitality.

There's a very sad subtext in parts of Treme, because one of its writers, David Mills, died suddenly last week. He also worked with David Simon on The Wire and The Corner, and his script for Episode 3 of Treme — the first of his credited contributions to the series — ends with a funeral. But it also includes a lovely moment, one that typifies not only the grace of Mills' writing but the beauty of Treme and the spirit of New Orleans. It happens when Antoine, the trombone player, is leaving a strip club after playing a one-night stand there as a member of the ignored band. He comes upon a female violinist who is busking for coins outside — and even though he's too tired to blow his horn, he loves what she's doing enough to sing along. At the end of a bad night, and a bad streak, the music remains redemptive.

That moment sets a magical mood — but moments later, that mood is shattered, in a surprising and disturbing way. Treme, from the start, is like one of those haunting pieces of jazz from the French Quarter. Get one taste, and you're not likely to forget it.

David Bianculli writes TV Worth Watching and teaches television and film at Rowan University. He's the author of the new book, 'Dangerously Funny: The Uncensored Story of the Smothers Brothers Comedy Hour.'