Accessibility links
U.S. Delays Report On China Currency Manipulation The Obama administration is delaying the release of a report on whether China manipulates its currency for trade advantages, two weeks before China's president is scheduled to visit Washington. Treasury Secretary Timothy Geithner says the delay gives the White House time to try to convince China to voluntarily let its currency go up. 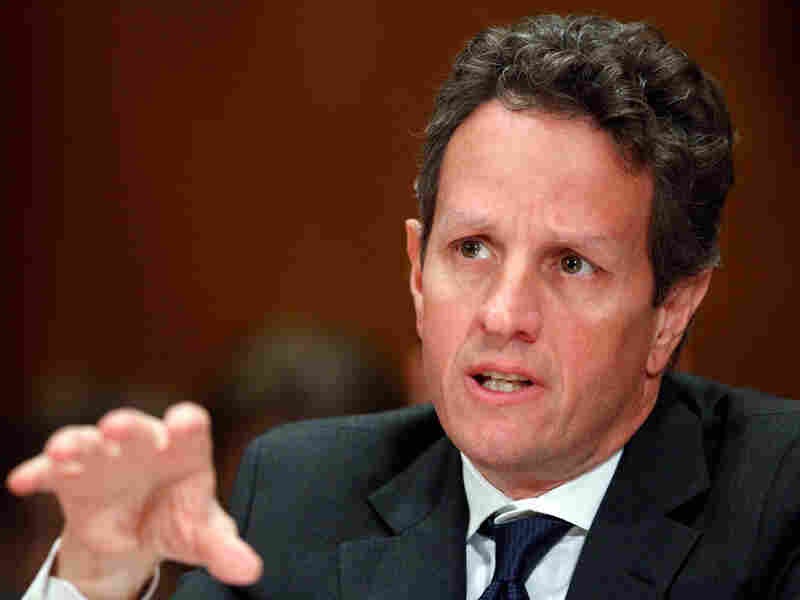 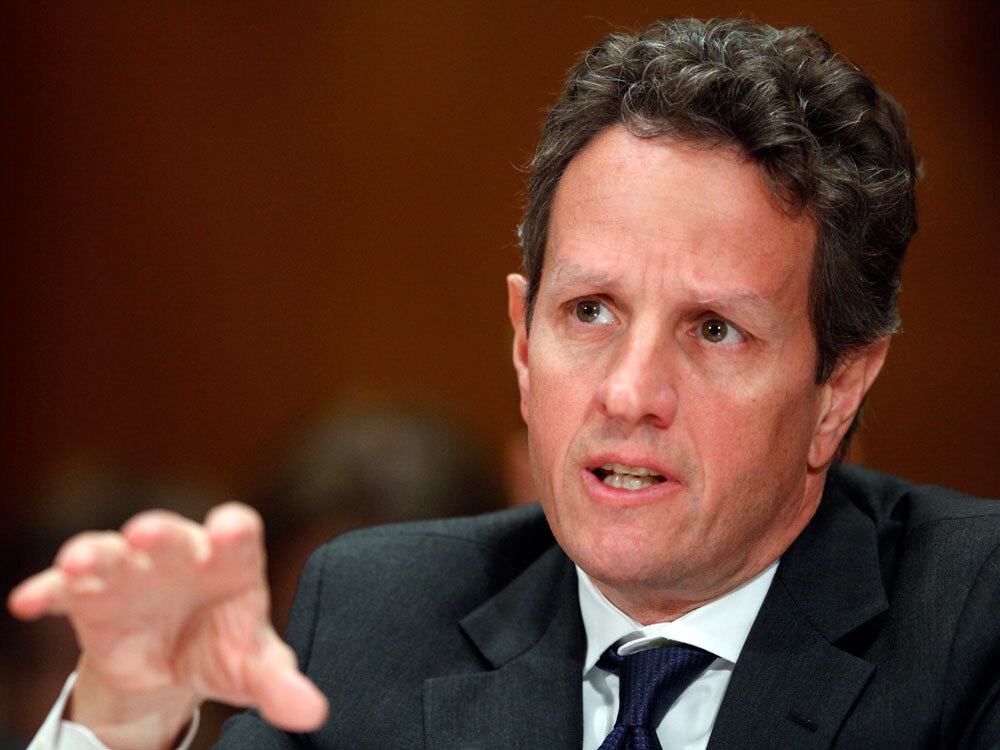 The Obama administration is delaying the release of a report on whether China manipulates its currency for trade advantages, two weeks before China's president is scheduled to visit Washington.

Treasury Secretary Timothy Geithner says keeping a lid on the April 15 report gives the White House some breathing room to try to convince the Chinese government to voluntarily let its currency go up.

The report was due just days before Chinese President Hu Jintao is scheduled to attend President Obama's nuclear security summit in Washington. Geithner says delaying the report until after Hu's visit will avoid a retaliatory response from Beijing.

Many lawmakers in Congress complain China deliberately undervalues its currency and subsidizes its exports to prop up sales in the United States. The Obama administration wants China to let its currency value rise against the dollar; it would make U.S. goods cheaper in China and Chinese goods more expensive in the U.S.

Geithner said in a statement that China should adopt "a more market-oriented exchange rate" to balance the U.S. trade deficit with China, which totaled $226.8 billion last year — the largest imbalance with any country. U.S. manufacturers say China's yuan is undervalued by as much as 40 percent and is a big reason for the massive trade deficit.

Geithner's announcement came a day after the White House signaled an improvement in relations between the two countries amid news that Hu will attend a summit on nuclear security later this month in Washington. Obama told the Chinese leader during an hourlong phone call that he welcomed the decision.

The delay of the Treasury report could be designed to avoid embarrassing the Chinese at a time the administration is enlisting their aid on sensitive issues of nuclear security and Iran's nuclear program. Hu is scheduled to attend the summit the same week that the report normally is due.

The administration is hoping that China will again allow its currency to rise in value against the dollar as a way of narrowing the trade gap — as it did until mid-2008 when the global recession began to cut sharply into China's exports abroad.

In his statement, Geithner said "there are a series of very important high-level meetings over the next three months that will be critical to bringing about policies that will help create a stronger, more sustainable, and more balanced global economy." They include a meeting of the Group of 20 rich and developing nations in Washington this month, and a strategic and economic meeting with China in May.

"I believe these meetings are the best avenue for advancing U.S. interests at this time," Geithner said.

Two weeks ago, a group of 130 House members sent a letter to the administration urging a citation of China as a currency manipulator. The lawmakers also called on the Commerce Department to impose trade sanctions on China on the basis that its currency system is an unfair trade practice.

In addition, 14 senators unveiled legislation calling for stiff trade sanctions against China if it doesn't let the yuan rise in value against the dollar.

China rejected the pressure from U.S. lawmakers and accused Washington of trade protectionism that Beijing said could hurt the global economic recovery. China insists it is not intentionally pursuing a trade surplus.

Geithner said then that the Treasury Department had not yet decided whether to cite China as a currency manipulator in the twice-annual report to Congress on the trade and currency policies of the United States' major trading partners.

Such a finding against China would trigger talks between the two nations — with a threat of trade sanctions if the negotiations failed to resolve the issue. The Obama White House, following the lead of the Bush administration, has so far refused to formally peg China as a manipulator, believing that the more productive course would be to convince the Chinese that it is in their own interests to allow their currency to rise in value.

Sen. Charles Grassley of Iowa, the senior Republican on the Senate Finance Committee, criticized the decision to delay the currency report and called on the administration to prepare an unfair trade case against China before the World Trade Organization.

"Everyone knows China is manipulating the value of its currency to gain an unfair advantage in international trade," Grassley said in a statement. "If we want the Chinese to take us seriously, we need to be willing to say so in public."

But Rep. Sander Levin, D-Mich., who is chairman of the House Ways and Means Committee, which oversees trade policies, said delaying the report has "a defined purpose."

"It is to see if, in the next few months, the international community will address the causes of major global imbalances, including China's substantial undervaluing of its currency, which hurts American jobs and businesses," Levin said. "If the multilateral effort does not result in China's making significant changes, the administration and Congress will have no choice but to take appropriate action."

Alan Tonelson, research fellow at the U.S. Business and Industry Council, which represents 1,900 mainly family-owned U.S. manufacturing companies, said Geithner's decision "guarantees that at least through June, more U.S. factories are going to be closing down, more U.S. workers will lose their jobs."

The international meetings that Geithner cited will run through June.