Accessibility links
Florence And The Machine: From Delicate To Fierce Following critical praise for their 2009 debut, and with a second album in the works, fiery frontwoman Florence Welch and her band are touring the U.S. for the first time ever. Here, the British rockers showcase a polished punk sound and Welch's powerhouse voice. 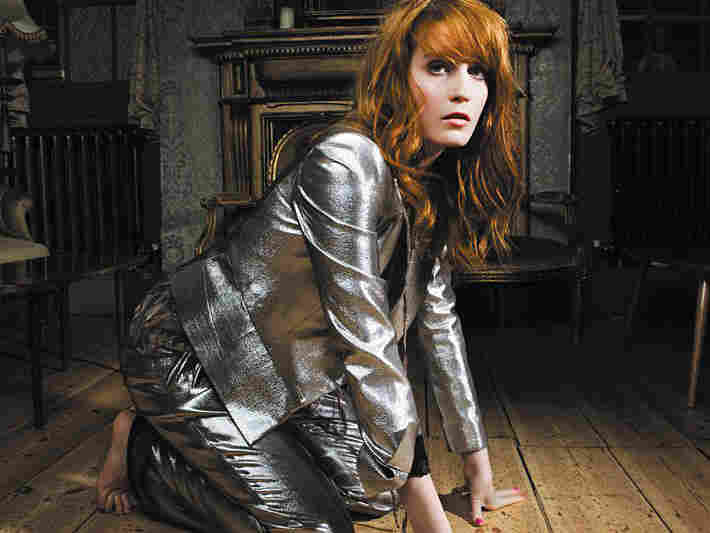 Florence Welch of Florence and the Machine. courtesy of the artist hide caption 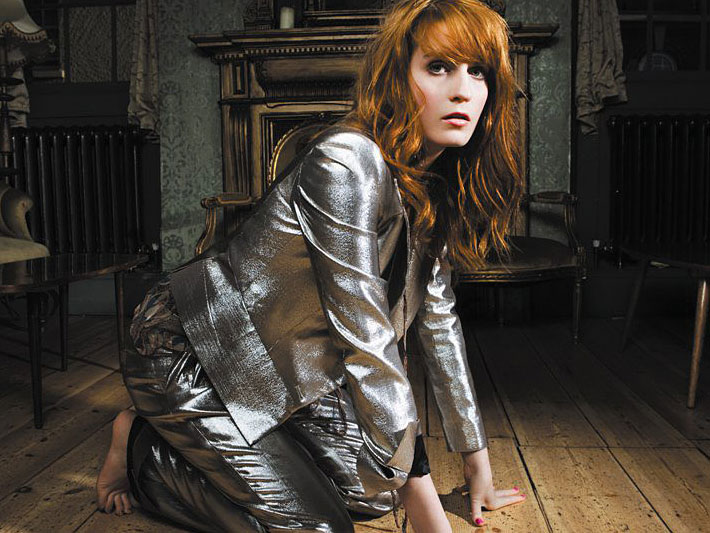 Florence Welch of Florence and the Machine.

Florence Welch has become a sensation since she was discovered singing in the bathroom of a London pub. Her debut album, Lungs, has sold more than a million copies in the U.K., and it's attracted widespread praise from critics and fans.

Now, with a second album in the works, the 23-year-old is on her first U.S. tour with her band, Florence and the Machine. Front and center is Welch's primal voice, which can turn from delicate to fiercely urgent in an instant. In the studio and occasionally on stage, Welch also plays piano and drums. She describes her music as a juxtaposition of the imaginary and the physical.

"It's a mix," Welch says in an interview with All Things Considered host Melissa Block. "[It's] primal and tribal bashing of percussion, mixed with the choral side of the backing vocals."

Florence and the Machine's polished punk sound is bright and upbeat, but the group's lyrical content is often darker. Welch credits this aesthetic to her love of soul and the blues.

"I've always been interested in soul music and blues singers," she says. "The idea of taking something dark and painful, and turning it into something people would want to listen to."

The song's evocative words channel the emotionally destructive nature of love. Though it can be misinterpreted, Welch says that extreme emotions can only be described with extreme imagery.

"There are no victims in the song," she says. "It's a metaphor for first love, in all its intensities."

Welch's speaking voice may be quiet, but her singing voice is far from it. She adopted her signature belt from playing at squat parties — gatherings of artists, bands and partygoers in abandoned co-ops — near where she grew up. Amid the noise, Welch had to make herself heard, and developed a powerful voice. The band's appropriately titled debut, Lungs, was nominated for the 2009 Mercury Prize and named Critic's Choice at the Brit Awards.

As her band got bigger, Welch's style did, too. The singer is known for wearing lace and glitter, along with flowing costumes inspired by her style icon, Stevie Nicks.

"It's nice to have something that moves with you on stage, that creates shapes," she says.

Still, Welch and her band are all about the music. Welch says she's excited every time she plays a concert, and she credits the physicality of singing, as well as the adrenaline rush, for making every show feel fresh.

"You know that there are people out there who are hearing it for the first time," she says. "You're playing for them."