Accessibility links
Baseball's Sure Thing: Big Money Wins Big It's baseball's opening week, when sports fans pretend that all the teams have a shot at the title. But the reality is that the Yankees and a few other rich teams are going to buy championships, while mid-major cities really can't compete. 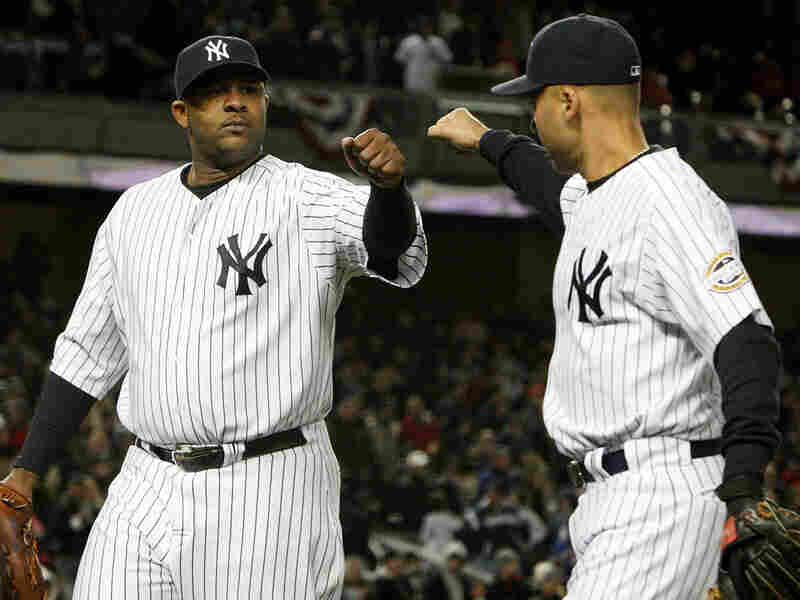 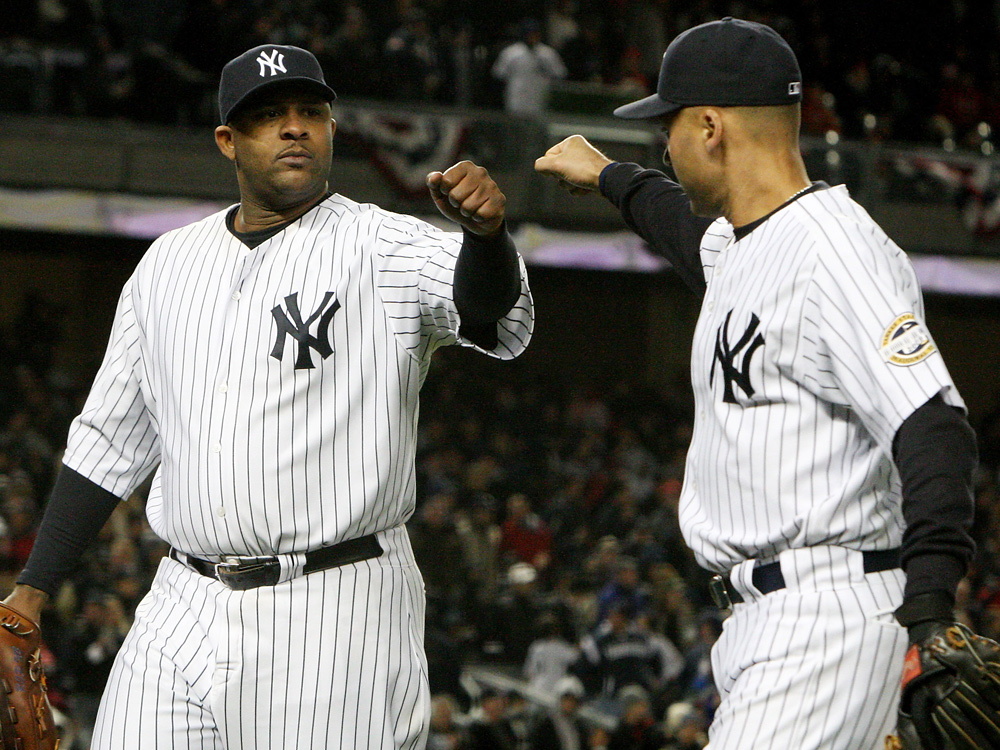 Because baseball begins as life afield is renewed, tra-la, you can always count on two things this time of year. One: In trees, the sap is rising. Two: In baseball, the sappiness is rising.

Yes, as sure as the flowers are a-bloomin' again, every team has a chance. Whereas that is true in the NFL, the NBA and the NHL, baseball is more like American Idol or Dancing With The Stars — where it's understood from the start that some competitors just don't have a prayer.

As sure as we kinda sorta suspected that Tom DeLay or Jerry Springer really didn't have a legitimate chance to win the terpsichorean championship against beautiful, young and agile dancers, the reality in baseball — as long as there is no salary cap to equalize things as there is in our other popular team sports — the reality is that the Yankees and a few other rich teams are going to buy championships, while little old mid-major cities really can't compete.

Come on, let's admit it. Baseball is the national pastime only if hedge funds are the national livelihood. If this had to be illustrated any more starkly, a British survey just revealed that the Yankees pay their players, on average, more than any other team in the world.

More significant: No other plutocrat franchise in the top dozen is a baseball team. Baseball law really does allow the Yankees to be in a league of their own.

There are 26 divisions in the four major team sports, and in 25 of them, the American dream lives. Then there is the American League East, where the Yankees reside — along with their moneybag runnerups, the Boston Red Sox.

The AL East is so stacked that Commissioner Bud Selig has floated the idea that maybe some desperately poor franchises could be temporarily reassigned to that division — not to improve their chances, you understand, but just to give them more paydays, losing before big crowds to Boston and New York.

In college football and basketball this shameful charity goes by the name of "guarantee games," wherein poor schools schedule themselves against famous teams, putting a pricetag on being a sacrificial lamb.

The only way for the three geographical losers in the AL East — Tampa Bay, Baltimore and Toronto — to have any chance is to be both wise and lucky in drafting amateur players, which the Rays have done magnificently. But don't mess with the fat cats. When Tampa's young homegrown players dared win the division two years ago, the Yankees immediately went out and signed the best hitter and the two best free agent pitchers, and thereby bought the 2009 pennant.

Sure, quirky things can happen in the playoffs. But at this Opening Day, we are only reminded again that for all baseball's welter of statistics, it remains a sport without a salary cap — so, ultimately, the only numbers that matter are the ones that follow the dollar sign.