Accessibility links
The Unthinkable: A Democratic Challenge To President Obama's Re-Election While a serious fight for the nomination is unlikely, several Democrats may be waiting in the wings should the president falter. The one-and-done drumbeat, which began in the heat of the health care battle, may be more muted now. But it hasn't gone away.

The Unthinkable: A Democratic Challenge To Obama

The Unthinkable: A Democratic Challenge To Obama

OK, OK. Of course it's not going to happen. No Democrat in his or her right mind would contemplate challenging President Obama in 2012.

In fact, when the Democratic National Committee issued a press release this month announcing the date for the party's national convention, DNC Chairman Tim Kaine emphasized -- twice -- that the Democrats fully intend to renominate President Obama and Vice President Biden.

But despite the obvious long odds, anything is possible in American politics. There are historical examples of tough intraparty challenges to incumbent presidents.

In 1968, Eugene McCarthy took on President Lyndon Johnson in New Hampshire's Democratic primary and came close. Two weeks later, Johnson dropped out of the race. Ronald Reagan made a run at stumbling incumbent President Gerald Ford in 1976; Ted Kennedy went after a weakened President Jimmy Carter in 1980; and Pat Buchanan ran against the first George Bush in 1992.

All three of those most recent forays ended unsuccessfully for the challengers. But all three sitting presidents were dethroned in the general election.

Will these precedents affect this president?

Presidents Rejected By Their Party

Throughout history, several incumbent presidents have been denied nomination at their party's national convention. But only one elected president went down to such inglorious defeat.

That was Franklin Pierce, elected in 1852. At the 1856 Democratic convention, he lost the nomination — on the 17th ballot — to James Buchanan, who had been the U.S. ambassador to Great Britain.

Four other incumbent presidents who sought their party's nomination were defeated at the convention. All of them had ascended to the presidency owing to the death of their predecessor:

Chester A. Arthur became president on Sept. 20, 1881, following the assassination of James Garfield. He lost the Republican nomination in 1884 to James Blaine on the fourth convention ballot.

Millard Fillmore became president when Zachary Taylor died in July 1850. Fillmore sought to be nominated at the Whig Party's convention in 1852 and led on the first ballot. But the convention chose Gen. Winfield Scott, a Mexican War hero, on the 53rd ballot.

John Tyler succeeded to the presidency following the death of William Henry Harrison on April 4, 1841. But Tyler, a Whig and a former Democrat, found support lacking from either party when he sought the job in 1844. The Whigs went with Henry Clay, the Democrats with James K. Polk, and so Tyler formed his own Democratic-Republican Party. But his bid went nowhere, and Tyler eventually withdrew and backed Polk.

Suppose: The Republicans win big in 2010. The situation in Afghanistan totally melts down. Another horrific housing crisis arises. Unemployment hits double digits. Energy prices skyrocket. Obama can't push any more major legislation through Congress. Or pick any one of these. Epic panic sets in. And every news home page looks like the Drudge Report.

During the ugly and protracted debate over the health care overhaul, Obama -- who eventually triumphed -- began to look increasingly vulnerable to vulturish Republicans. Dick Cheney and Karl Rove predicted, predictably, that he would be a one-termer. The president himself seemed to acknowledge his own political mortality when he told Diane Sawyer of ABC News in January that he'd rather be a good one-term president than a mediocre two-term president. And most Americans kind of agree with the one-termer idea: A USA Today/Gallup Poll in early April -- even after Obama's health care victory -- found that 50 percent of people polled believe Obama does not deserve to be re-elected.

The one-and-done drumbeat, which began in the heat of the health care battle, may be more muted now. But it hasn't gone away because there are so many other bugbears looming on the horizon.

The key to challenging Obama will not be his low poll numbers, says Julian Zelizer, a presidential historian at Princeton University, "It would all depend on his popularity with the liberal base. This is the only place where you might see someone willing to challenge Obama in the primaries."

But whom? The John Edwards train has been derailed. And as Zelizer and others point out, there is no one as strong as Obama on the horizon.

Still, we can't help but wonder which Democratic understudies might be waiting in the wings should the leading man falter. Here are five possibilities, even if they're not plausibilities: 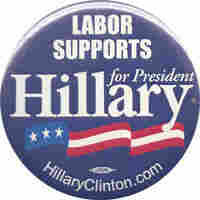 1. The Seasoned Pro. Americans have a more favorable opinion of Hillary Clinton than of President Obama, according to an April 13 CNN/Opinion Research poll. And why not? In the words of the Los Angeles Times, Clinton is "free of political tussles with an enhanced resume burnished on the world stage, thanks to Obama himself." Peter Roff, U.S.News & World Report contributing editor, writes: "The chatter has increased in recent days about Clinton leaving the Cabinet sometime in the first term, likely over some matter of principle, so that she can position herself to challenge Obama in 2012. Perhaps it is just wishful thinking on the part of those Democrats who have already grown tired of Obama." Roff suggests that Clinton knows how to mobilize the necessary political forces to make a run at Obama. The jury is still out on whether she can do it successfully. (See 2008) 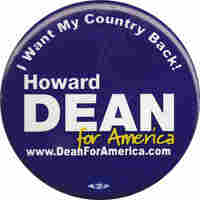 2. The Rabble Rouser. Howard Dean, former chairman of the Democratic National Committee, is "perfectly positioned" to challenge President Obama in the 2012 primary, according to a provocative post by F. Flambeau on Firedoglake's blog, The Seminal. Because Dean was not invited to join the Obama administration as secretary of health and human services or as surgeon general, the poster asserts, "Dean can publicly criticize the Obama administration as he did recently when he said the health care bill being advanced in the Senate is not worth voting for." Sure, Dean came around on Obama's health care plan, but he has shown that he can be critical of the president. And, Flambeau continues, Dean "is not tied in any way to this administration which is looking more and more like the S.S. Titanic-Obama." Plus: Dean is well-known; he's considered a Washington outsider; and he is a darling of the same progressives and liberals who banded together to elect Obama.

3. The Out Of Left Field Candidate. Granted, Ohio Rep. Dennis Kucinich's flopping on the health care debate places him closer to the Obama center on the political spectrum, not way to the left where he usually hangs out. But that doesn't stop the Kucinichistas, who would like their candidate to run again and score some radical philosophical, push-Obama-further-to-the-left points, if nothing else. In preparation, they have launched a Kucinich 2012 website and a Ron Paul/Dennis Kucinich 2012 Facebook fan page and YouTube channel. 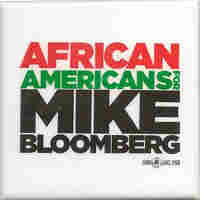 4. The Vanity Candidate. Given the flagging economy, who can even afford to mount a challenge to the incumbent president? Multi-gazillionaire Michael Bloomberg, that's who. He's worth some $18 billion, according to a recent Forbes list. He has proved so popular as mayor of New York that he was able to extend the term limit and win a third straight election. Over the years, he has been an avowed Democrat, a Republican and an independent. He sniffed around the presidential contest in 2008, freaking out Democrats who viewed him as a spoiler. He could run as an independent in 2012, but who's to say he won't try to return to his roots and run as a Democrat? 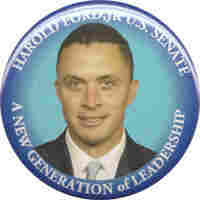 5. The Mystery Pol. The candidate most likely to try to dethrone the king may not have really emerged yet. As editors at NPR keep shouting, it's too early to be talking like this. But what if there is some Palin-like politician lurking in the wings out there whom we haven't even thought of? Maybe someone who is a combination of former Virginia Gov. Tim Kaine, former Rep. Harold Ford Jr. of Tennessee, Sen. Claire McCaskill of Missouri and the Sisters Sanchez (congresswomen Loretta and Linda) of California. Someone who just may be known as the Next Barack Obama.