Accessibility links
A Stylish 'After.Life' Is Only Skin-Deep Christina Ricci stars as Anna, a recently deceased schoolteacher whose undertaker can talk to dead people. After.Life raises more questions about life and death than it gets around to answering. But, man, does it look pretty.

A Stylish 'After.Life' Is Only Skin-Deep

A Stylish 'After.Life' Is Only Skin-Deep 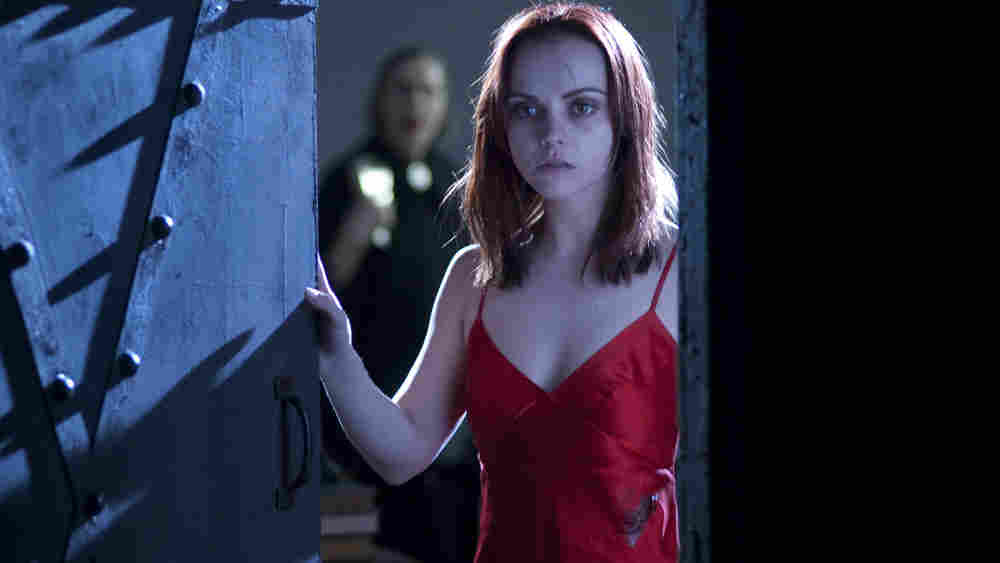 Crossing To The Other Side: When Anna (Christina Ricci) wakes up in a funeral home, she has a hard time believing she's actually dead. That is, until her ghost-whispering undertaker Eliot Deacon (Liam Neeson) steps in to help counsel her to the other side. Anchor Bay Films hide caption

"Why do we die?" asks Anna, a recently deceased schoolteacher, of Eliot Deacon, her calm but stern undertaker. Deacon sees dead people, and though he does happen to be a mortician, his interactions with them are more Sixth Sense than Six Feet Under. He's one part Charon, ferrying unfortunate souls from their lives to their final rest, and one part psychiatrist to the immortal soul, counseling the dead in the acceptance of their new condition.

Not that he's very good at the latter. Deacon (Liam Neeson) has little patience for endless regrets and lamentations. When Anna (Christina Ricci) presents him with her philosophical query, he responds with fortune-cookie philosophy: "To make life important." As an examination of life and how we fail to live it, writer-director Agnieszka Wojtowicz-Vosloo's After.Life never offers anything more profound than that.

Wojtowicz-Vosloo seems well aware of the story's limitations in that respect, so she embeds the carpe diem pep talk in an effective atmosphere of creepy, somber horror. Building suspense by raising the question of whether Anna might actually be correct in her assertion that she's not really dead, the director uses contradicting clues and shifting perspectives that don't give away whether what we're seeing is real or a dream. Anna's boyfriend Paul (Justin Long) is convinced that something fishy is going on, but Wojtowicz-Vosloo never quite lets on whether his suspicions are justified or just a grief-stricken nervous breakdown.

There's a precision to her first effort as a feature director that's as cold and clinical as the stainless-steel undertaker's implements that her camera takes almost fetishistic pleasure in lingering on. Wojtowicz-Vosloo even manages to make running red liquid look chilly and sterile. Not blood, mind you — for the most part, the film consciously avoids that genre staple, and even makes a macabre joke out of the audience's expectations for a little mortuary gore. 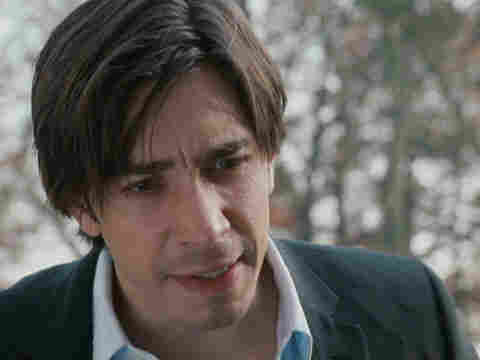 Survivor's Guilt: Justin Long gives an impressive performance as Anna's grieving boyfriend, Paul, who begins to suspect that there is something unkosher about Anna's undertaker. Anchor Bay Films hide caption

Unfortunately, Wojtowicz-Vosloo gets far too caught up in other genre conventions, with a plot as riddled with holes as any cheap slasher movie. The incident that leads to Anna's death has a sitcom-like contrivance, and a subplot about the mysterious home life of one of her students is left ludicrously underdeveloped. There are guilty pleasures to be had here, entirely dependent upon whether one can submit to the film's limitations in logic and storytelling: A rotary phone is inserted into one scene, for example, for no other purpose than heightening the tension of a moment that requires speedy dialing.

Neeson seems to take great understated glee in the role of the mortician, while Long displays an impressive range of scene-chewing hysterics as the distraught boyfriend. Meanwhile, Ricci adopts a doe-eyed and desperate vacancy that may actually be a bad performance — but it's unintentionally effective within the context of the film.

Ricci spends much of the film's running time in the nude, her clothes having been cut off to facilitate the preparation of her body. While it's appropriate to the plot, viewers can't help but think, as she strikes pose after figure-drawing pose on the porcelain mortuary slab, that all the artful nudity is just as gratuitous as any work of sexploitation horror. Which is an apt metaphor for After.Life as a whole: It dresses up boilerplate horror in a classy shell, yet never gives it the pulse it needs.