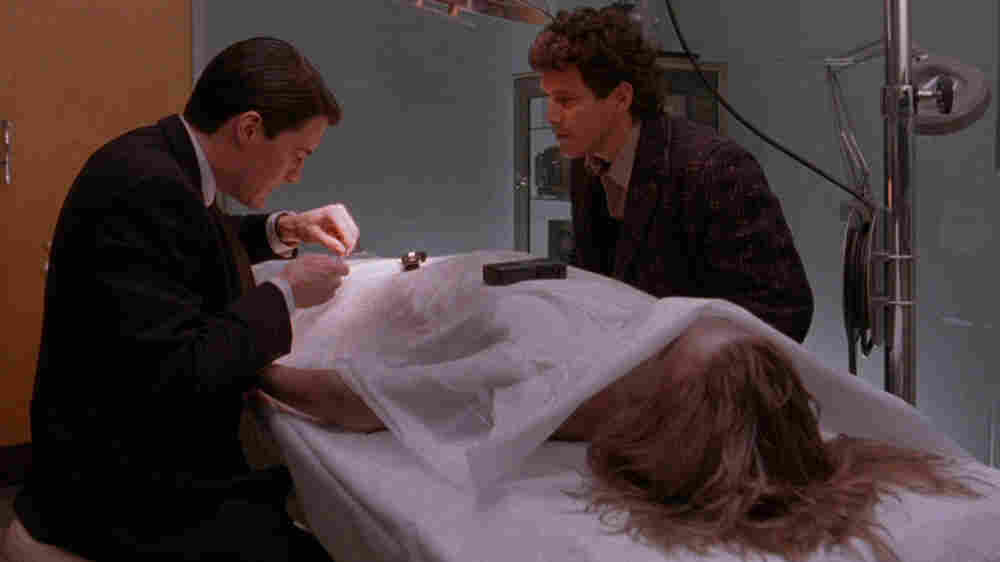 The phrase "Who Killed Laura Palmer?" became a national obsession in 1990. Palmer, played by Sheryl Lee, was brutally murdered on the show — which followed the FBI investigation of her demise. Paramount hide caption 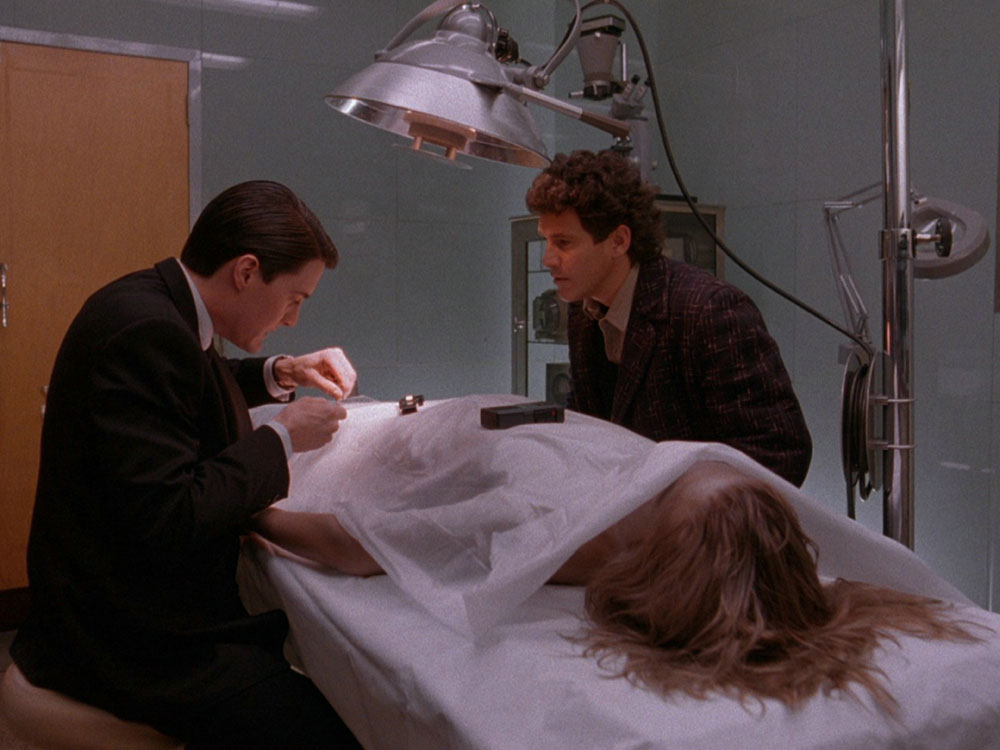 The phrase "Who Killed Laura Palmer?" became a national obsession in 1990. Palmer, played by Sheryl Lee, was brutally murdered on the show — which followed the FBI investigation of her demise. 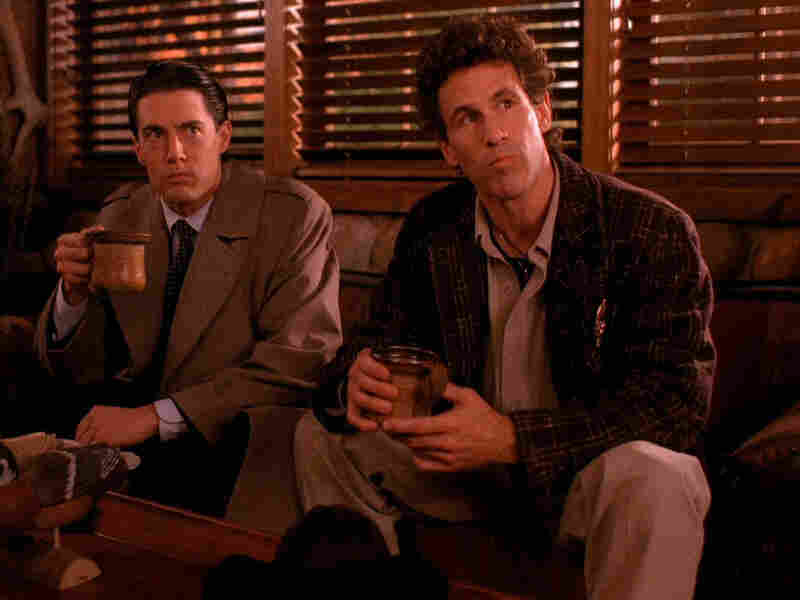 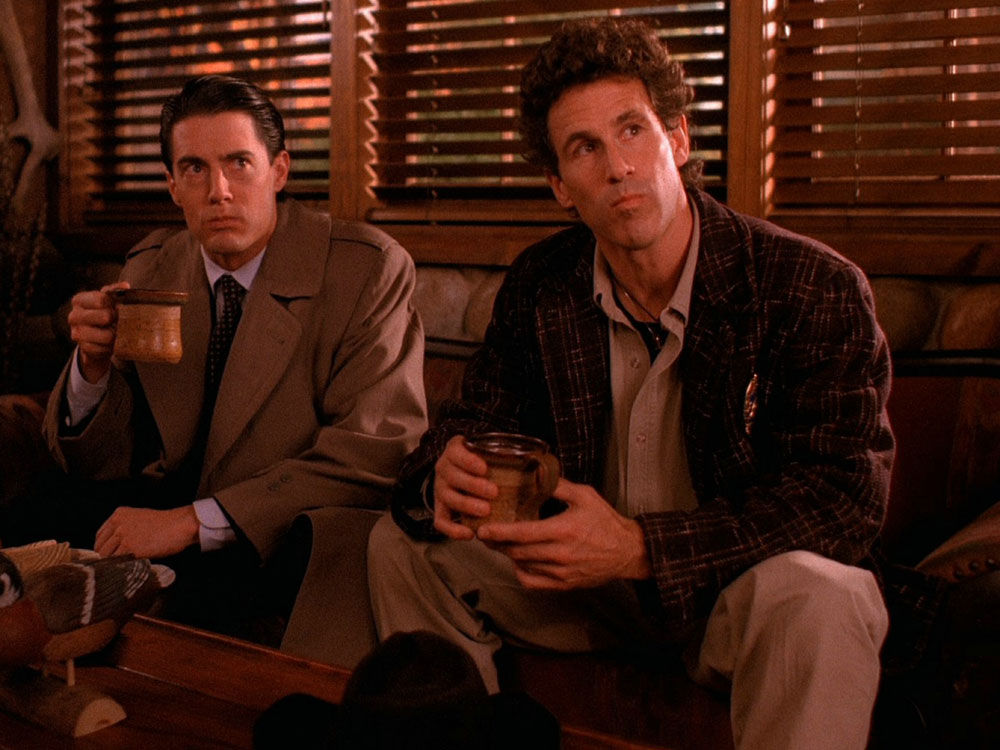 Back in the summer of 1989, I was invited to a sneak preview of a TV pilot. I didn't know anything about it, but the moment I heard its opening theme music, I got shivers that didn't go away. This was TV the way I dreamed it could be — funny, menacing, mysterious. In fact, it was so weird and wonderful that, as I walked from the theater, I remember saying, "Too bad no network will ever put it on the air."

Goes to show what I know. What I'd seen, of course, was the pilot of Twin Peaks, and several months later, ABC did put it on the air, creating an instant sensation. It wasn't simply that the program was a hit or that Time put David Lynch on its cover, dubbing him a genius. Here was a show that had everyone talking the next day about the startling things they'd seen the night before — you know, a spooky reflection of the long-haired Killer BOB, or the time that the sexpot Audrey Horne tied the cherry stem into a knot with her tongue.

By now, everyone knows the plot. In the small lumbering town of Twin Peaks, a high school girl, Laura Palmer, is found wrapped in plastic — she's been murdered. Enter Special Agent Dale Cooper — wittily played by Kyle McLachlan — a chipper FBI man obsessed with coffee, diner food and Tibetan mysticism. Cooper soon discovers that far from being an amusingly offbeat outpost of innocent Americana, Twin Peaks is a bubbling caldron of vice. Everybody has secrets, which are uncovered in a fashion that might be called leisurely.

If you ask Lynch what he cares about most, he'll tell you it's creating a mood you want to be in. Twin Peaks does that with a vengeance, from its dark, slated photography to the incomparably enveloping score by Angelo Badalamenti. Keeping us off balance, the tone leapfrogs between the silly and the sinister, the comic and the tragic, never more so than in Ray Wise's dazzling performance as Laura's father, Leland Palmer, who's sobbing one moment, breaking into song and dance the next.

Twin Peaks smuggled avant-garde into prime time, brimming with a surrealism you just didn't encounter back then. Remember that weird room with the dwarf who talked backwards? It took cultural stereotypes — the straight-arrow FBI agent, the teen hottie, the wannabe James Dean, the corrupt small-town businessman — and pushed them until they exploded. The result was an often-hilarious show bursting with raw emotion.

For all its brilliance, Twin Peaks did lose its way. The first season was astounding, as were the episodes in the second season that solved Laura Palmer's murder. But the others were pointless, and the world quickly turned against it and Lynch. When he brought out his Twin Peaks movie, Fire Walk with Me in 1992, it was pilloried — even though, after a lousy first 20 minutes, this story about Laura Palmer is one of the most wrenching portraits of teenage life ever filmed.

But Lynch has always outlasted those eager to write him off. His 2001 movie, Mulholland Drive, recently won most critics' polls as the best film of the past decade, and Twin Peaks is today recognized as a landmark. His work always feels dreamily timeless, and watching the series now you're struck by how much has come out of it — for instance, Stephenie Meyer's use of the Pacific Northwest in Twilight. It blazed a trail that led not just to The X-Files and Buffy the Vampire Slayer, but to HBO series like Deadwood and Six Feet Under.

Yet the real importance of Twin Peaks lay not in its direct influence — there's still nothing quite like it on TV. It mattered because, like Dennis Potter's The Singing Detective in Britain, it revealed the untapped possibilities of television. And like all the greatest works of pop culture, it did something more. It broadened public taste. Laura Palmer, Agent Cooper and the Log Lady didn't merely entertain us. They left the American mainstream a whole lot wider.