Accessibility links
The Old Man And The Fern The old man told his wife and lawyer, but first he told two plainclothes detectives of the city's police department; he had known there would be bad news at the company meeting because they had brought out the fern.

The Old Man And The Fern

The Old Man And The Fern 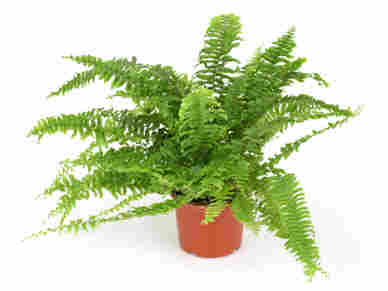 The old man told his wife and lawyer, but first he told two plainclothes detectives of the city's police department; he had known there would be bad news at the company meeting because they had brought out the fern.

"It's an old marketing trick," he explained in the small office at the police station. "Put a fern in front of a crowd of people and they're quiet. They listen quietly. You don't even need a microphone."

"Always?" asked the older detective, a sergeant. "How about today?"

He took his time, the old man. Drank the water from the glass in front of him. "No," he said, "I guess not today."

"What about a cactus? Does it have to be ferns?" This from the younger detective with his arms crossed by the door.

The old man looked at his fingernails, dirty from potting soil. "Can I go now? I've answered your questions."

"We've got some footage we want to show you, if that's OK."

The old man gave a shrug, but the younger detective, unsure of his meaning, waited for a nod from the sergeant before leaving the room.

"You know," the old man said, turning to the sergeant, "I used to dream about being a detective."

"Ah. Life. Kids. If we all lived our dreams, the world would be full of ship captains and detectives."

The sergeant pulled his chair closer to the old man. "I have to be honest, the video doesn't look good for you. The DA is talking about charging you with incitement of a riot."

"I incited nothing. I just wanted the fern."

"That's the other thing," the sergeant said, leaning back from the table. "The company wants the plant back. They want to bring larceny charges."

"They fired 20 people today, before I took it. They brought us into a nice conference room with a lectern and a fern and they fired us. They started the riot, and I'm keeping the fern."

The detectives showed the security footage to the old man, but he turned away when the chairs started flying. The interview ended. The old man went home.

A few days later, at the arraignment, the judge dismissed the most serious charges. "I've seen the video. The defendant was the calmest person in that room."

He wouldn't, however, drop the larceny charge without hearing more, and he called the parties into his office.

"Why the fern?" the judge demanded.

The old man picked at his shirt buttons. He barely looked up. "I was daydreaming, your honor."

"I was being fired, your honor, we all were, and all I could do was see the big fern."

He picked harder at his shirt.

"I imagined how nice it would be if I was little enough to live in there, you know, under the leaves."

The judge, the prosecutor and the defense attorney made no sound. The silence was not uncomfortable, but the old man still stared at the floor.

After a while, the judge spoke.

"What would you eat?"

"Mostly what I scavenged. I'd be much smaller, so I wouldn't have to eat as much."

The judge thought for a moment and turned to the prosecutor. "Is this really something the state wants to pursue?"

The prosecutor shook his head. The case was dismissed. The parties filed out of the judge's chambers and the judge sat back. It was quiet. His eyes strayed to the African violet on his window sill and the cool darkness under its flat, low leaves.