Accessibility links
Bobby McFerrin's Improv-Inspired 'Vocabularies' The vocalist's name has been part of the world-music lexicon for more than two decades, and his infectious 1988 mega-hit "Don't Worry Be Happy" skyrocketed him to fame. Now, eight years after his last release, he's recorded Vocabularies, which draws upon earlier recordings of his vocal improvisations. 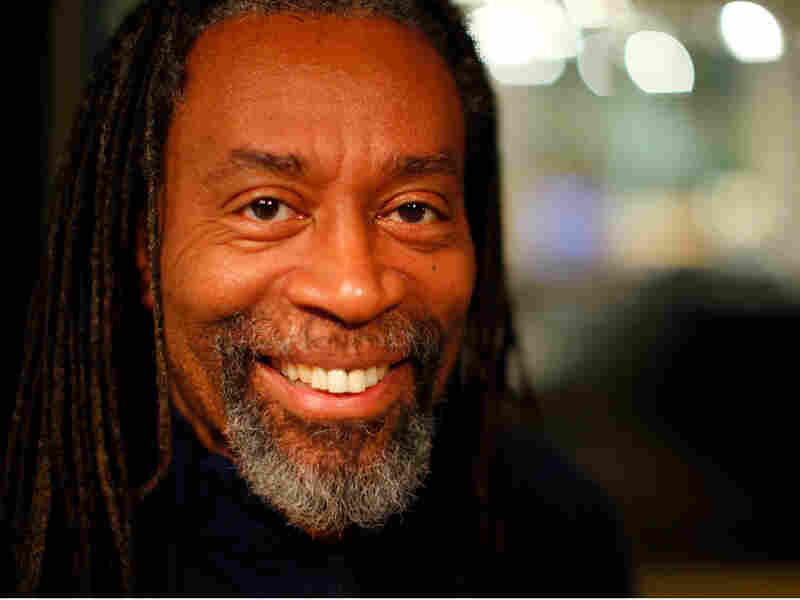 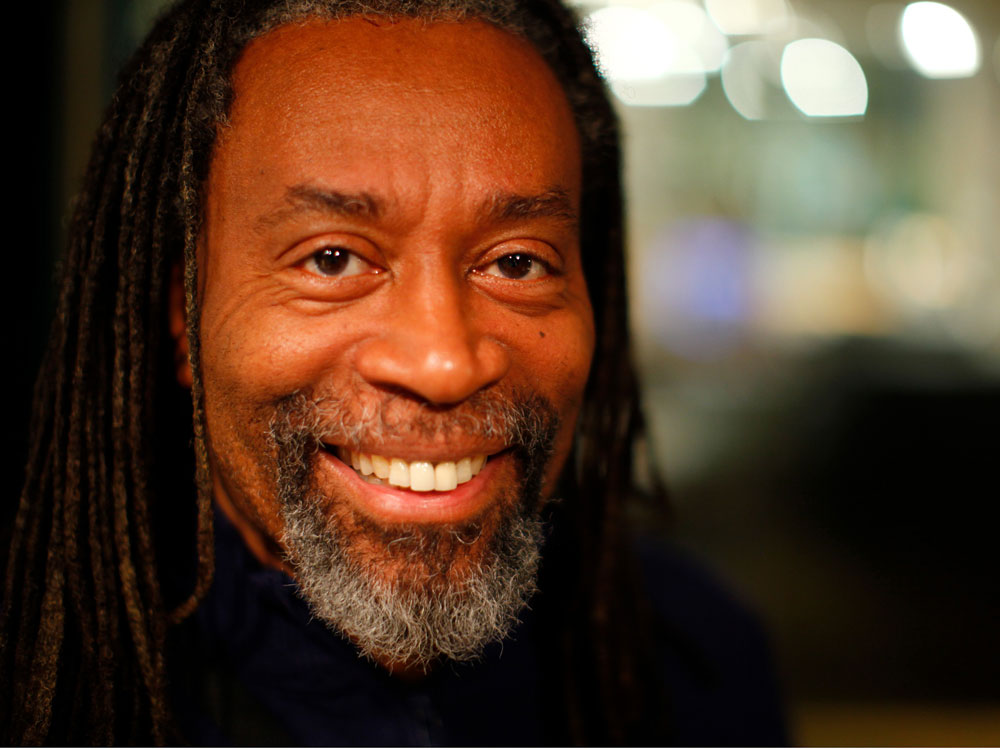 Vocal Improv In The Studio

Bobby McFerrin's name has been part of the world-music lexicon for more than two decades. His infectious, hummable 1988 mega-hit "Don't Worry Be Happy" ended McFerrin's musical life as he had known it — at least for a while. He skyrocketed to fame and couldn't seem to hide from the song that brought him mainstream success. But he followed his heart and dug deeper, seeking broader possibilities for music, whether on stage or in a recording studio.

On any given night, McFerrin can be found delicately walking a tightrope of vocal improvisation, carrying nothing more than his four-octave vocal range and his childlike sense of play. Next month, he'll sing and conduct an orchestra in Italy. It's not a big stretch for the vocalist, who spent time doing similar work as creative chair of the St. Paul Chamber Orchestra.

The album was born out of requests by choir directors and choral organizations to make the arrangements for McFerrin's pieces available to them. Roger Treece, McFerrin's arranger and collaborator, drew upon recordings of McFerrin with the Voicestra to write new material for Vocabularies. In arranging songs for the album, Treece listened to hundreds of McFerrin's improvisations.

"I was the well he drew from," McFerrin says.

Though McFerrin says he prefers the art of improvisation, he records to document where he is at the moment, musically speaking.

A Family Of Singers

McFerrin's father, the late Robert McFerrin, was the first African-American soloist in the Metropolitan Opera. He sang the part of Porgy in the film version of Porgy and Bess, with Sidney Poitier. His sister and mother also sang, and McFerrin says that might be why it took him so long to realize he was a singer. He wanted to be different.

"I always had a nagging suspicion that I wasn't a pianist," he says.

McFerrin didn't realize he was a singer until he was 27, and he says he hasn't looked back since.

"My whole goal this whole time was to be a working musician," he says. "It wasn't about being famous or being a celebrity. It's just work."

But for McFerrin, it's also play.