Accessibility links
Michael Moore: A DVD-Phobe Picks A Few Favorites The pugnacious polemicist tells Steve Inskeep how he learned about a resurgence in Norwegian cinema, about an elaborate prank in the Czech Republic, about why he's not a big DVD fan — and about why he assumed the fetal position during a film about a Kazakh journalist. 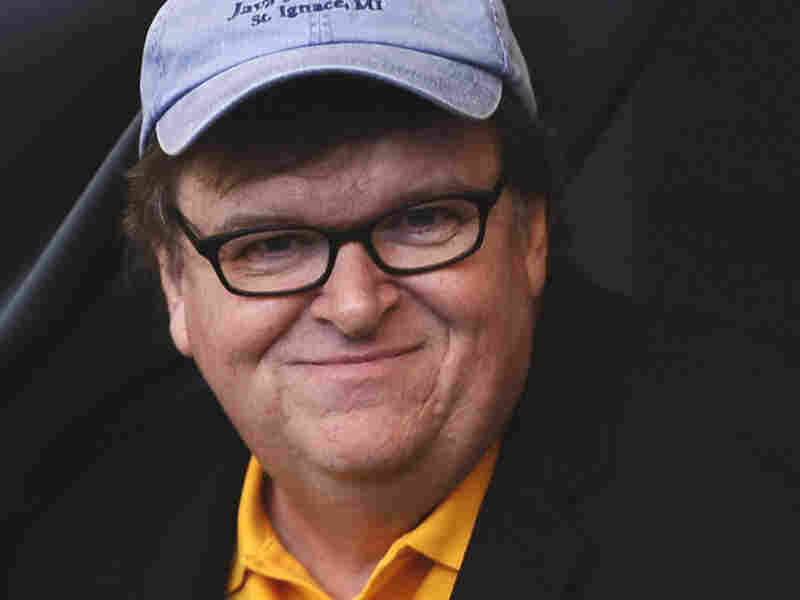 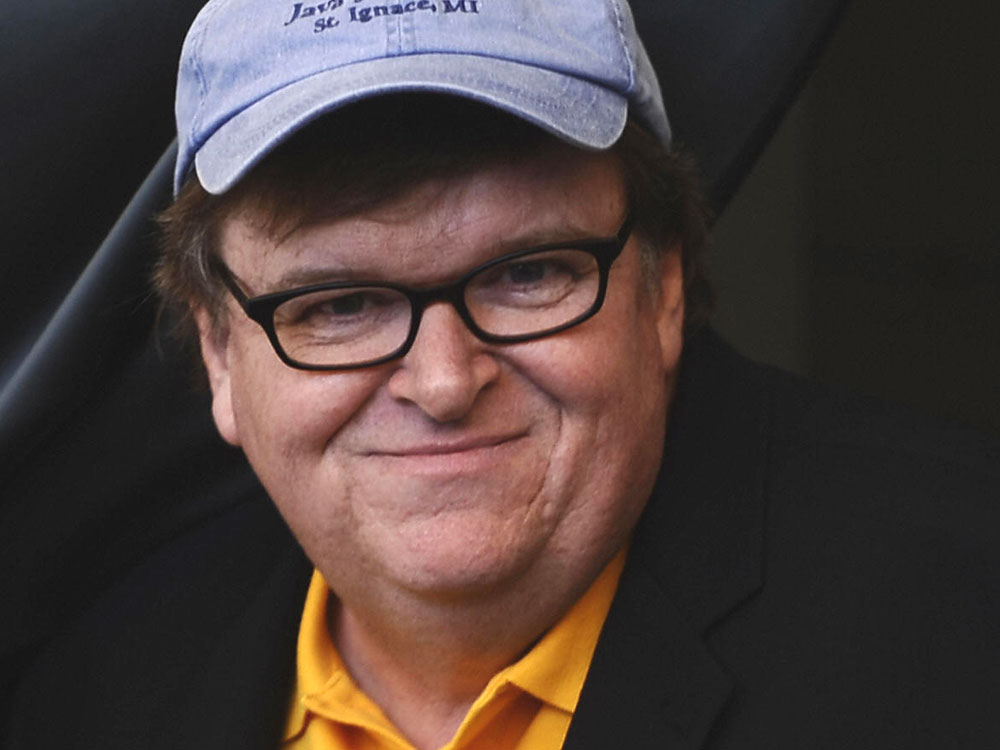 Michael Moore's Bowling for Columbine, a documentary exploring possible causes of the Columbine High School massacre of 1999, won Moore an Oscar in 2002.

The man behind the documentary films Roger & Me, Fahrenheit 9/11, and Capitalism: A Love Story (among others) says movies are made to be seen in large theaters with big screens -- and other people. In fact, Moore says he'll drive for hours if it means getting to see a movie like It's A Wonderful Life on the big screen.

Despite all that, he consented to share a list of his favorite DVDs -- with one caveat: "If you can see it in a theater, try to do it that way." 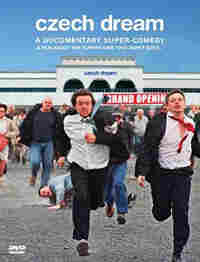 Czech Dream (2004) You'll be hard-pressed to find a theater playing the documentary project Czech Dream, in which film-school students Vit Klusak and Filip Remunda dress up as CEOs to fake the elaborate opening of a fictional megastore and record the hype surrounding it. The duo uses bogus ad campaigns to reveal the power of consumer culture in the formerly socialist Czech Republic.

It almost sounds like something Moore would do -- except he says he never could. Moore says because Czech Dream takes place in a country that, unlike the U.S., is new to capitalism, it's much more insightful than anything he could have made.

"I'm caught up probably just as much in the consumer culture as the next person," Moore says. "[The film] had more to say about us than about people in the Czech Republic."

"It was funny, which is so rare in documentaries," Moore says. "I've been encouraging documentary filmmakers to use more and more humor, and they're loath to do that because they think if it's a documentary it has to be deadly serious -- it has to be like medicine that you're supposed to take. And I think it's what keeps the mass audience from going to documentaries."

Bottom line: "I just loved it." 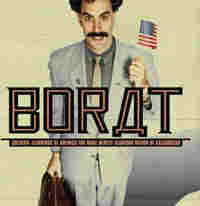 Borat (2006) Like Czech Dream, Moore's next pick made it onto the list because of the way it shines a light on American culture from an outsider's perspective. Sacha Baron Cohen's Borat is a mockumentary about a Kazakh journalist (Cohen, who's actually British) who comes to the U.S. to film real-life interactions with Americans.

It made Moore -- a burly fellow -- laugh so hard that he went into the fetal position.

"Of course for me to do the fetal position in a movie theater chair -- almost impossible!" Moore says.

"The man's a genius," he says of Cohen. "It was not just funny for funny's sake but also had some important things to say about who we are as a people. And it's so rare to see a movie like that. I wish there were more of them." 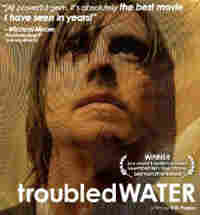 Troubled Water (2008) Ask Moore what the best film he saw last year was, and he doesn't hesitate: Troubled Water.

It's a film most Americans have never heard of, because it didn't get distributed in U.S. theaters. Moore only came across it after reading about a resurgence in Norwegian cinema, calling the Norwegian Embassy to learn more and receiving a sampling of DVDs courtesy of Norway.

"This is one of the very good things about DVDs," Moore says: "A film that you would not have a chance of seeing in the theater, you can now see from home."

The main character of Troubled Water is a man who has been released from prison after serving time for the murder of a child. In an effort to move on, he changes his name and gets a job as a church organist; soon he has befriended the pastor and her son, and his new life is going pretty well -- until the mother of the child he was accused of murdering comes to the church and recognizes him. As Moore puts it, "she starts to lose it."

"The film doesn't go in any of the directions that you think it would go in terms of the typical Hollywood movie," Moore says. "It's so much more layered and complex than that."

"I think anybody who loves to see a good movie would love to see this film." 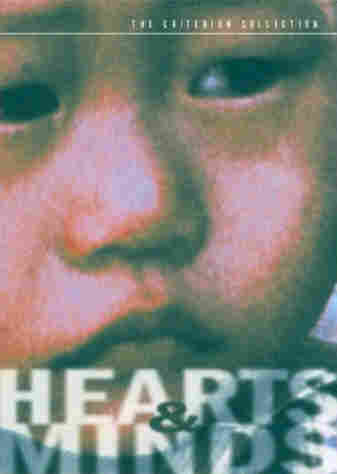 'We Are The Wrong Side'

Hearts & Minds (1974) It should come as no surprise that one of Moore's favorite films is a documentary that reveals the, er, truthiness that long plagued the U.S. government's official pronouncements about the Vietnam War. The film won an Oscar -- along with a fair amount of criticism -- when it came out in 1974, the year before the war officially ended.

"It is the definitive account of the debacle we know as the Vietnam war," Moore says. "This film is so well constructed, so emotional, so brilliantly put together -- so many great moments."

Moore says that to this day he still remembers the filmmaker's interview with Daniel Ellsberg, the man who leaked the Pentagon Papers to The New York Times in 1971. Moore remembers Ellsberg telling the camera, "The question used to be, might it be possible that we were on the wrong side in the Vietnamese war? But we weren't on the wrong side. We are the wrong side."

"When he says that -- we were the enemy -- it really hits you," Moore says. "To really know that that's the truth when it comes to a place like Vietnam and now with Iraq -- it hurts."

"But if it hurts," Moore says, "it probably should hurt."