Warning: getimagesize(https://media.npr.org/books/summer/2007/member_stations/jaker/later200-7ea3afb0c712ba2622fd7338206a6bf2e1f35d50.jpg): failed to open stream: HTTP request failed! HTTP/1.0 404 Not Found in /var/www/html/src/Views/CommonJsonldView.php on line 87
 Excerpt: 'Later, at the Bar' : NPR
Accessibility links
Excerpt: 'Later, at the Bar' This novel-in-stories' major theme is the search for enduring love among individuals shackled to their own faults and foibles. WSKG's Bill Jaker calls the book "a mixed brew of laughter and tears."

Excerpt: 'Later, at the Bar'

Excerpt: 'Later, at the Bar'

Bill Jaker Reads from 'Later at the Bar' 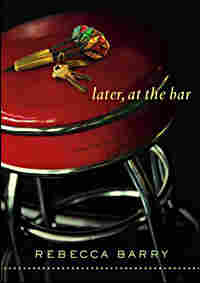 Later, at the Bar

Find more recommendations from Bill Jaker, host of WSKG's Off the Page.

That winter there were two snowstorms. The first one was expected. Born in Florida and galvanized by the damp winds of the Pennsylvania mountains, it was strong as a wildcat by the time it reached upstate New York. The YMCA closed early and so did the library. The mayor declared a state of emergency, which it was. There were three head-on collisions on Route 19 and a teenager froze to death after falling into one of the gorges on the north end of town. Hank Stevens, who owned Hank's Diner, couldn't get out of his driveway and had to stay at home with his children. ("No," he said all afternoon. "Daddy cannot go outside and build a fort. Daddy doesn't own snow pants.")

Hank called Bill Kane, who made the soups and burgers at the diner, and told him to stay home. Bill had already assumed Hank would close the diner early because as far as he was concerned his boss was a lazy man who looked for excuses to lose money. But he went to the diner anyway, because it was nicer than his own apartment, and called his ex-girlfriend Trish to see if she needed help shoveling or with anything, really. But when a man answered the phone, Bill hung up and went next door to Lucy's Tavern — which was never closed because Rita, the bartender, lived upstairs — and got blind drunk instead.

The second storm blew in from nowhere a few weeks later, and no one, not even the weather girl on Channel 7, saw it coming. The day started out clear, but by noon the air was heavy and raw, and by four o'clock the sky had turned steel gray. By five, as Hank Stevens, Bill Kane, and the other regulars filed into Lucy's Tavern for happy hour, the snow began to fall.

At seven-thirty, Lucy Beech, the founder of Lucy's Tavern, was awakened from the dream state she'd been in and out of for several days. She heard the windows rattling and saw the snowflakes whirling like madmen. She listened to the wind howling and it sounded familiar, like the melancholy cries of the wolves that used to greet her on the one hundred acres of woodland where she grew up in Alaska. That sound always made her feel at home, and now it seemed as if it was beckoning her, saying get up, come outside, come see this miraculous storm.

Lucy was eighty-two and her bones were tired, but she got out of bed and walked outside wearing only her nightgown and no shoes. Snow hit her face. Cold hurt her teeth. The fierce, bitter wind reminded her of the storms of her youth, and she sat down on a snowbank and waited.

Lucy's obituary appeared several days later next to the police monitor, which reported three DWIs, one burglary, and an arrest of a woman whose cat was "defecating in an annoying manner" on her neighbor's front porch. The obituary was short, as Lucy would have liked it, but it was written by her cousin who lived in Topeka and didn't know her very well. It hardly mentioned the tavern Lucy established, or how — because Lucy loved live music and dancing and understood people who liked longing more than they did love — it became the center of the community.

It didn't talk about Lucy's late partner Suzanne, who died a month before Lucy and was buried in the garden by a slender birch. (Like many women in that town, and perhaps the world over, Lucy fell in love with a handsome woman after years of loving men.) Instead it mentioned Lucy's fine hand at embroidery, her moral upbringing, and her decent sense of community service.

In its own way, the bar Lucy built did service the community. The place itself was nothing special — a narrow room on the first floor of a brick building that had once been an apothecary. It had hardwood floors and mullioned windows, and when Lucy bought it, the floor-to-ceiling apothecary shelves and cabinets were still there, flanking a long beveled mirror and facing a wooden counter, which Lucy decided would make a good bar. She was in her twenties then, an Alaskan fisherwoman with proud cheekbones and long dark hair that she wore in two shiny braids. Rumor had it that she had been so skilled at fishing that she'd once taught an orphaned bear cub to hunt salmon. But she'd given that up to come east with her boyfriend, a noisy, failed actor who wanted to start a dance hall. They bought the storefront next to Hank's Diner, and because it was mostly Lucy who paid for it they called it Lucy's.

Some people said the bar was cursed because Lucy's boyfriend left town with a milliner six months later, leaving Lucy heartbroken and alone, miles away from the Northern lights and the midnight sun and all the things she used to love. But Lucy, who stayed in upstate New York — a place known for its brutal winters and triumphant springs — laughed at this. After all, even salmon swam upstream to spawn. Heartache, to her, coursed through everything — which was as it should be, since people needed it to make them kind.

Over the years Lucy built her bar into an open front parlor full of music and drinking, where bad behavior within reason was perfectly acceptable. She knew how to use both the gun and the baseball bat she kept under the bar by the cash register and she didn't judge her patrons as long as they paid their bills. Although once or twice she may have offered her opinion. "You know, Martin, most of us learn in grade school that saying things like 'I'm so lonely' doesn't impress women," she might have said. And when Hank Stevens sat at the bar saying things about his wife like "You wouldn't complain about the smoke at a strip club the way she does," she might have responded with, "I would if I was seven months pregnant." To her, the bar was like a good wedding, where love, sex, hope, and grief were just in the air and everyone who breathed it in was drunk not just on booze but the smoky haze around them.

So, cursed or not, Lucy's Tavern was the place most people in town came to lick their wounds or someone else's, or to give in to the night and see what would happen. Lucy grew older and her body thickened. Her once nimble feet grew arthritic and gnarled as the roots of the poplars that lined the streets in the center of town. But her skin, which rarely saw the light of day, stayed youthful and high colored even as her dark braids turned gray, then white. The bar aged too — the hardwood floors became seasoned and polished from dancing and fighting. The mirror grew mottled and reflected a softer, more flattering image of the people it faced. Eventually a gallery of stuffed birds — a crow, a turkey, a proud kingfisher — that Lucy's partner Suzanne, an ornithologist, had collected appeared at the top of the bar.

By the time that second snowstorm hit, Lucy had long since turned the bar over to her bartender, Rita. So none of her regulars knew she was quietly freezing to death that night, as they drifted in for happy hour and stayed out until dawn, taking shelter from the snow and the wind that shook the buildings.

Later, when they were at the bar toasting Lucy's life, the regulars said she was in that wind, mingling with the smell of wood smoke and pine. They said she swept over the graveyards and apple orchards, on to Main Street, past the old brick row houses. They said they felt her make her way by Hank's Diner, then by her bar, where she rode in on the icy air that came off of people's jackets and lingered in the clouds of smoke and perfume. She might have been struck, as she often had been when she was running the place herself, by the rough and beautiful ways people carried their loneliness. She might have breathed into the air, touched a cheek. It's all right, she might have said. The heart is right to cry. Oh, darlings, enjoy the night. She might have considered staying, at least until daybreak, but the wind picked up again and pulled her back into the storm.

The morning after the storm, the sun came out and the sky turned a brilliant blue.

"No," Hank Stevens said to his children. "Daddy does not want to go outside. Daddy is going to make a ham sandwich, and then he is going to lie down."

"This fucking town," Bill Kane said, looking at his snow-covered driveway. "No wonder people kill themselves here every winter."

It was Harlin Wilder, delivering Meals on Wheels as part of his community service, who found Lucy in her front yard in her nightgown, stiff and blue and dead, her face tilted upward, her hands tucked neatly beneath her thighs, as if she were waiting for something wonderful to happen. 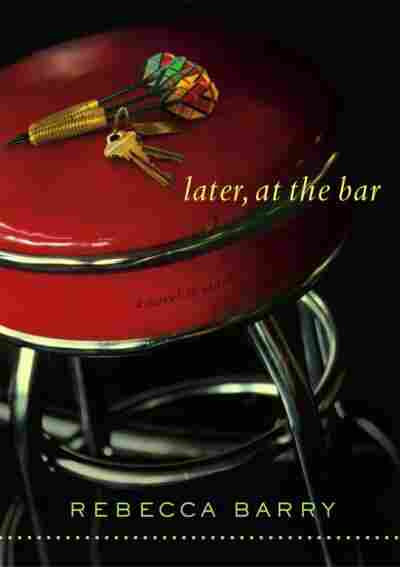 Later, at the Bar

A Novel In Stories

Title
Later, at the Bar
Subtitle
A Novel In Stories
Author
Rebecca Barry