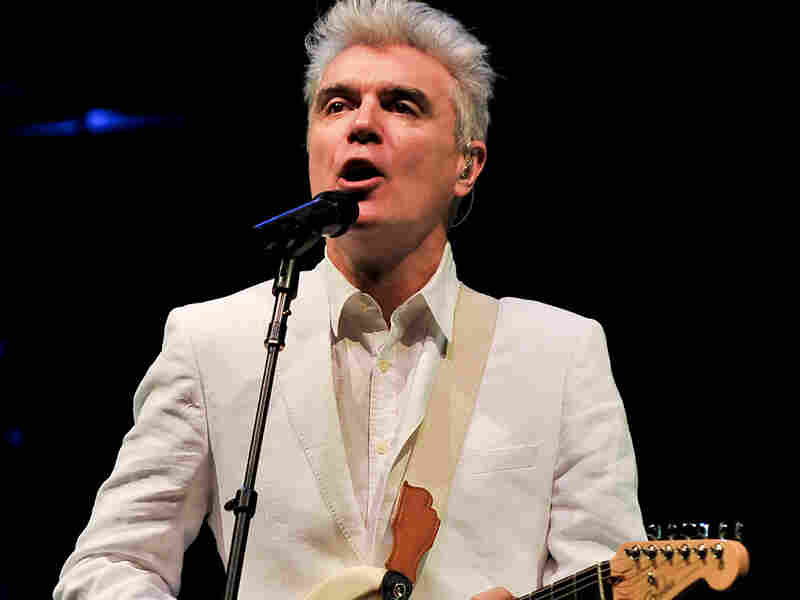 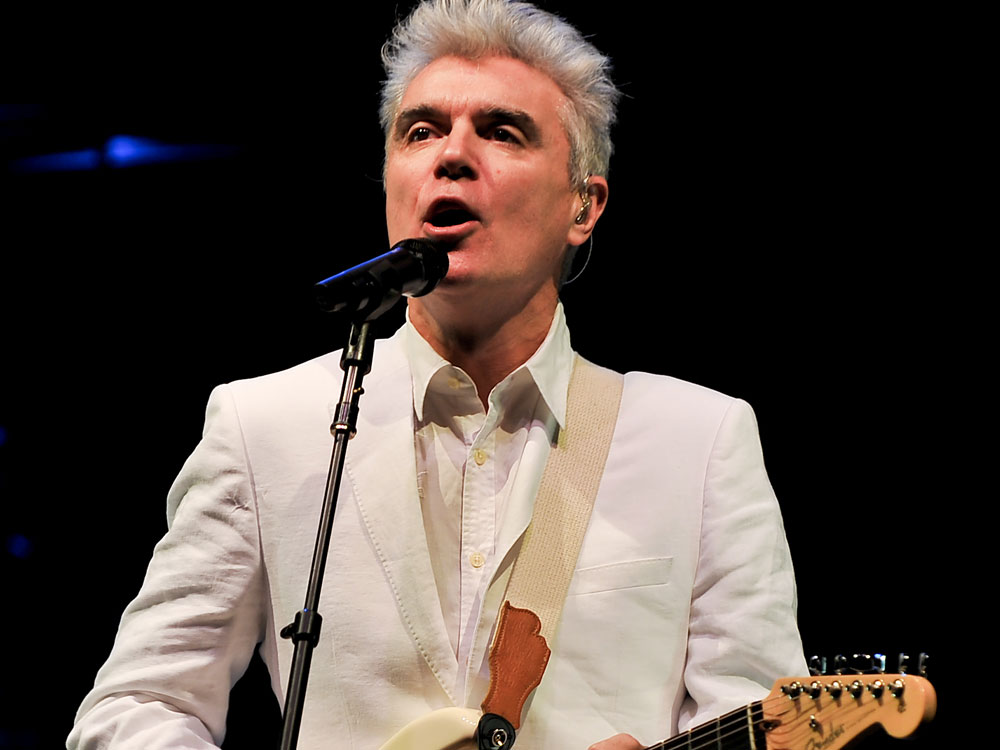 Byrne says he's long been interested in the theatrical trappings of powerful leaders.

"When I heard some years ago that Imelda Marcos really loved going to discos and that she had a mirror ball in her New York townhouse," he says, "I thought, 'Well, here's a powerful person who lives in that kind of a bubble, but also brings her own soundtrack to it.' "

Byrne went on to create a two-disc song cycle, with a DVD containing several music videos featuring footage of Imelda and Ferdinand Marcos. It's all packaged in a book, written and designed by Byrne. He collaborated with English DJ and beat architect Fatboy Slim on 22 songs that look at the rise and fall of Imelda Marcos, as well as the tragic journey of her childhood maid, Estrella Cumpos. Byrne says that writing songs for specific characters was liberating.

"I didn't have to worry about [sounding too cliched]. I had the excuse of saying, 'No, this is what they would deem to be appropriate for that particular moment,' " he says.

Byrne invited an eclectic group of pop stars to sing on the album -- from Tori Amos to Natalie Merchant to Steve Earle to Cyndi Lauper.

Here Lies Love contains a lot of glittery pop songs to reflect Marcos' glittery life, including "Dancing Together," sung by Sharon Jones, as Imelda Marcos discovers the heady world beyond the Philippines. But Byrne doesn't ignore the flip side -- the poverty of the Philippines or Ferdinand Marcos' grab for power. Natalie Merchant, as the impoverished maid, sings a song that deals with both.

One well-known aspect of Imelda Marcos' life is nowhere to found in Here Lies Love: the shoes. She owned thousands of pairs, which were discovered at the palace after the couple fled the country.

The shoes are not mentioned in Byrne's two-disc set, but Cyndi Lauper says she thought about it as she recorded the final song on the album, "Why Don't You Love Me?"

"They didn't say, 'We love you Imelda.' They said, 'Where's our money, you rat side-swiper? You have all these damn shoes," Lauper says with a laugh. "She was a little too high and mighty when they left."

"There were some rumblings about it being too apologetic," he says. "I don't get overly critical about her. I feel like that's the baggage that the audience already brings to it. My job is to explain how that happened."