Accessibility links
Why The Animal Critic Gives The Panda An F For too long, Jacob Lentz thinks, certain animals have gotten by on good looks and charm, while more impressive species are ignored by children and stuffed-animal manufacturers. Lentz intends to right this wrong in The Animal Review. See what grades he gave other species. 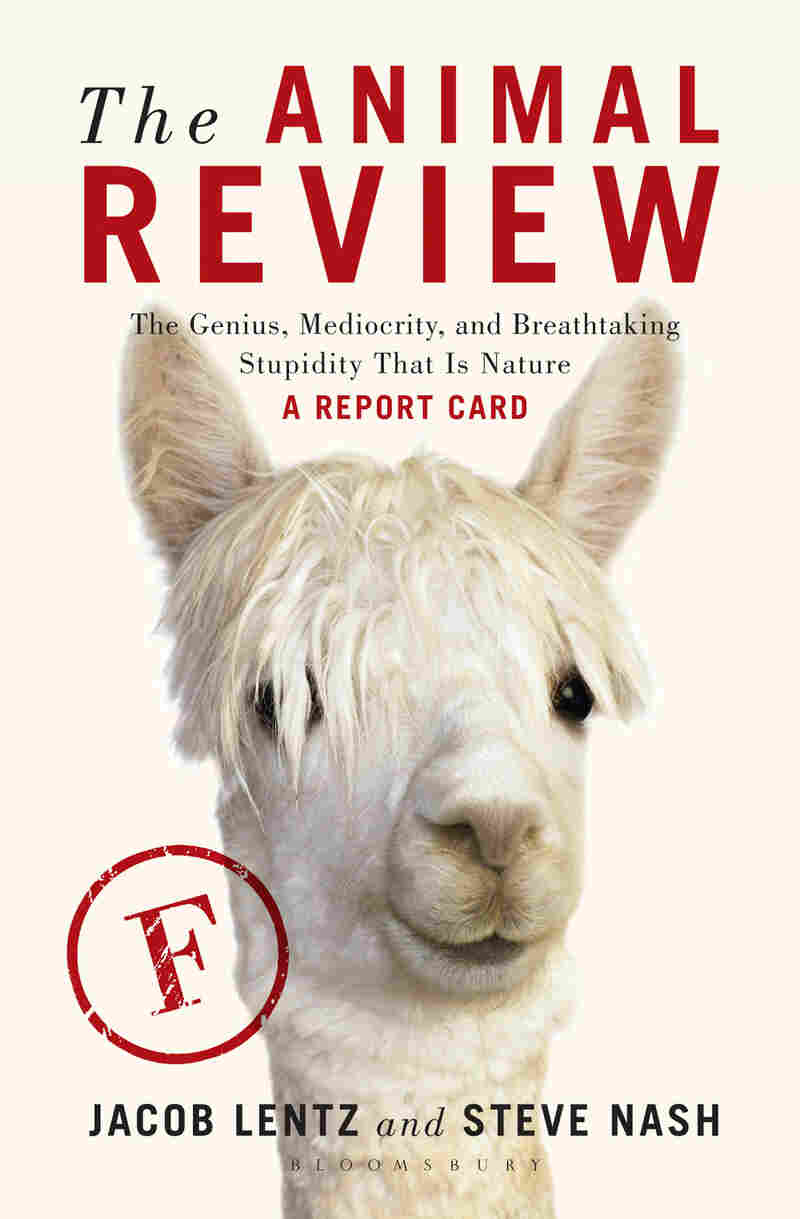 The Animal Review: The Genius, Mediocrity, and Breathtaking Stupidity That Is Nature

For too long, Jacob Lentz thinks, certain animals have gotten by on good looks and charm, while more impressive species are ignored by children and stuffed-animal manufacturers.

A couple of years ago, Lentz and friend Steve Nash set out to right this wrong. They began a blog called Animal Review.

It's exactly what the name implies: reviews of critters, not unlike reviews of cars or new gadgets, complete with letter grades. The ladybug gets an A-. The bald eagle gets a C+.

Their blog has now become a book, also titled The Animal Review. Lentz tells NPR's Linda Wertheimer that being a good animal critic is "more of an art than a science."

"It takes at least two years of blogging to really get good at this," he says. "I can't expect laypeople to just start judging animals accurately. It's probably best left to me and Steve."

Part of that professional skill involves knowing which animals not to tick off. "I'm not going to be the one who gives the king cobra a B+," Lentz says. "And I have no interest in upsetting a great white shark. I only have good things to say about those animals.

"If they're listening, I just want to tell them that I think they're amazing. And whatever they want to do is great," he continues. "There's a ton to recommend them to anyone, whether they're planning to kill you or not." 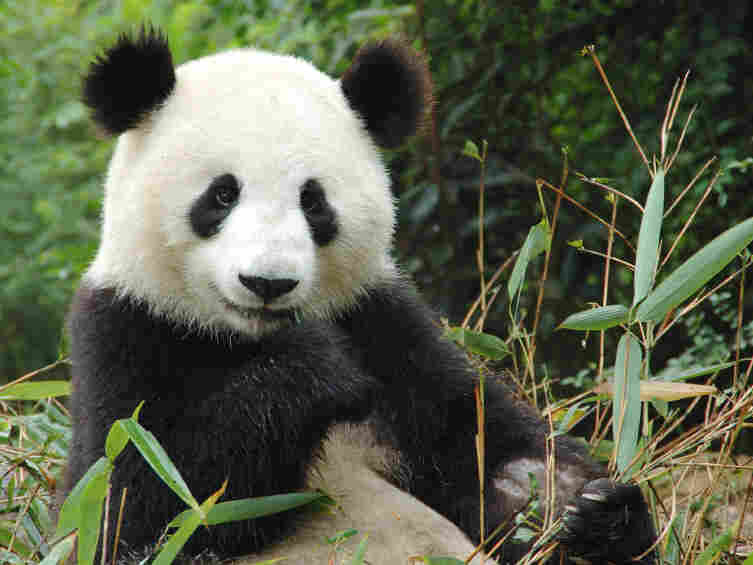 "Pandas have absolutely no interest in reproducing. They rarely mate," Lentz says. That goes against the raison d'etre of a species. "We spend all this money flying these animals around the world, trying to convince them to mate, and we could spend it on a lot of other stuff.

"Second of all, they eat bamboo. They're not supposed to eat bamboo. Their bodies are not adapted to digest cellulose, but they hang in there with the bamboo. But the result of that is that they have to eat a ton of bamboo," he says. "They don't have a lot of energy to do things, like to mate.

"That could be Nature kind of hinting around the fact that they should collectively shuffle off this mortal coil." 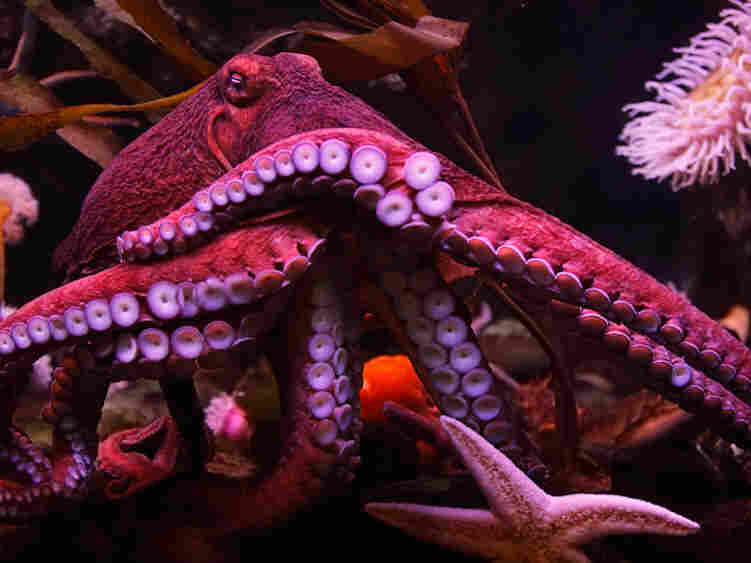 "We gave the octopus an A because it would make a great superhero. They're supersmart, they can solve puzzles, they can remember things.

"They can change their bodies, so they can slip through tiny crevices," Lentz adds, "and they shoot ink. There's all sorts of cool stuff with the octopus that doesn't get talked about enough -- because we're spending all our time talking about pandas." 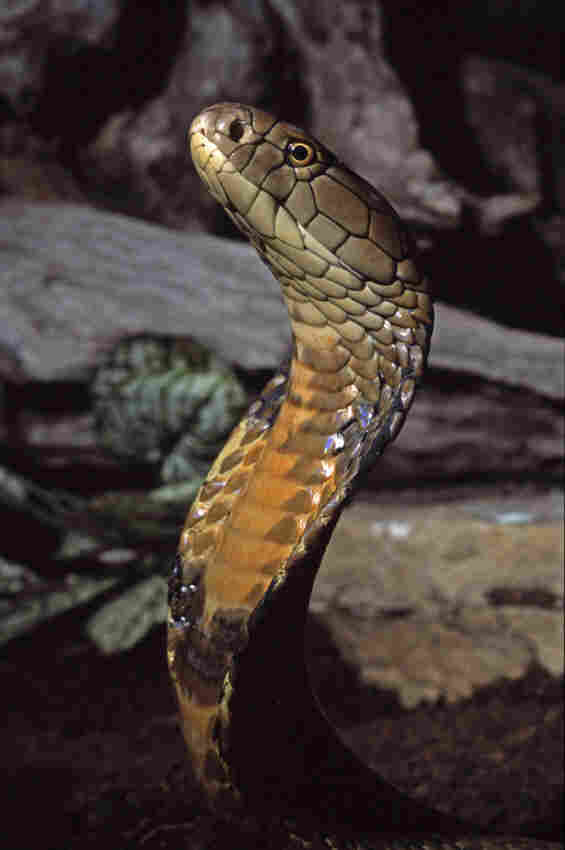 "The king cobra, largest venomous snake, makes nests. It's the only snake known to make nests, and good for them. I mean, great. I think that's amazing. They can inject enough venom to kill an elephant. You have to respect that." 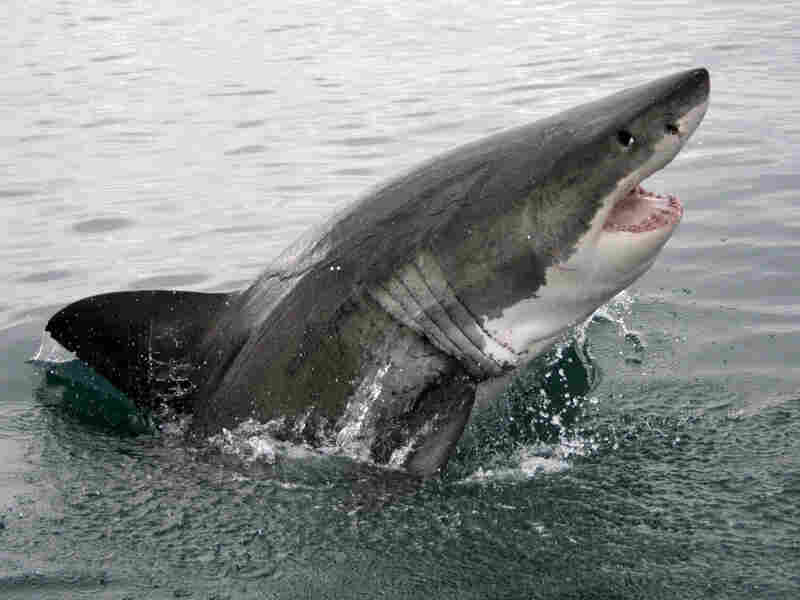 "The great whites, they're the largest predatory fish," Lentz says. "They sometimes jump out of the water. They're one of two shark species that will get airborne, which, I'm pretty sure, is because they're trying to attack airplanes. But that's awesome." 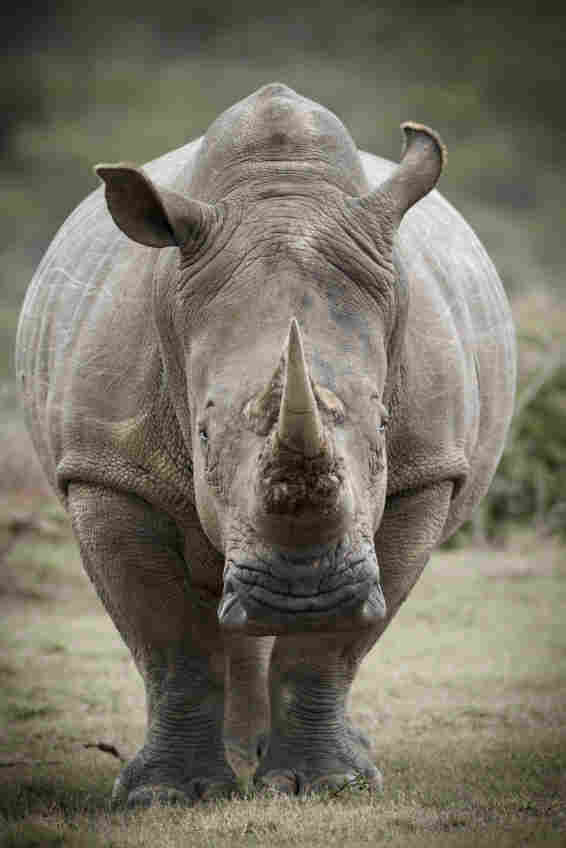 Rhinoceros: Not Yet Graded

Rhinos have yet to receive their grade, but preliminary findings look good. "Prima facie, I'd give a lot of credit to the rhino because it has a horn. That's impressive. It's big. It's really big. I've also read that they hate fire, which I think is interesting. Like, they'll try to put out fires if they can, so you know, they're trying to help.

"I'd probably be inclined to give them a pretty good grade." 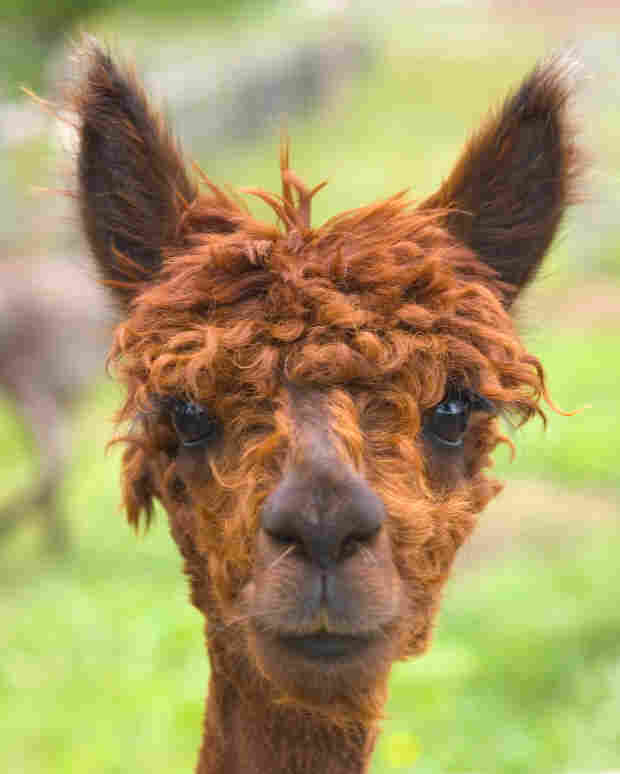 "Some people really like alpacas, but they're dopey, dumb animals," Lentz says. "The reason they fail is because I blame them for the conquest of South America."

To explain, "The conquistadors show up with less than 200 men, and they have horses. And somehow they overthrow tens of thousands of Incan warriors in, like, two hours. Because the Incans, you know what animal they had? The alpaca. Not much help in a battle with conquistadors."

Lentz notes a particularly negative reaction when he failed the alpaca on the blog. "We got a lot of angry, angry, angry comments from people," he says. "Including a few threats, which I found delightful -- which I don't think is the right reaction to something like that." 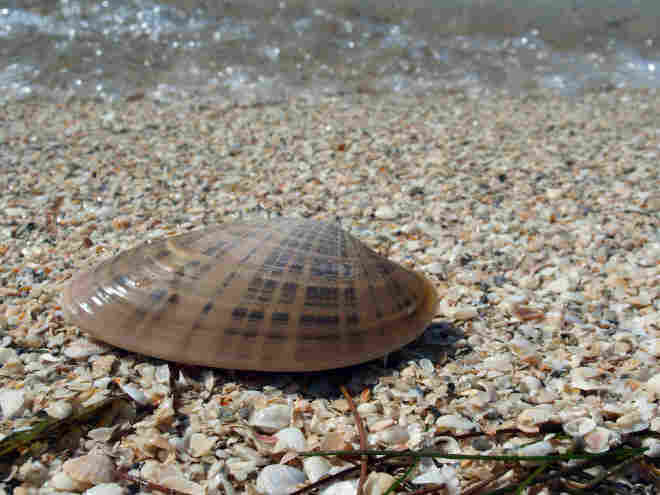 The clam doesn't get a great grade, Lentz says, "but given it's a clam, that's pretty good. The more we learned about how clams exist and stuff, the more you had to hand it to them, because they just kind of sit on the bottom of the ocean, they filter plankton, they live forever -- I mean, the oldest clam was over 400 years old.

"We should all calm down about complaining about our lives," he concludes. "The clam's OK with it. I mean, you wouldn't want to filter plankton for 400 years. And the clam does it." 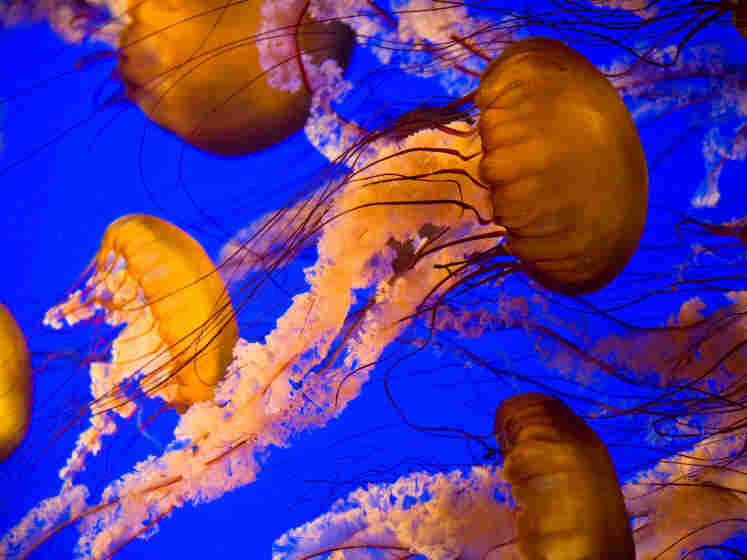 The jellyfish is one of the latest entries on the blog. "You gotta give it some credit, because it's kind of gotten a lot done -- without a brain," Lentz says. "It literally does not have a brain. And yet they're still chugging along. Hanging in there and killing a lot of fish. And terrorizing bathers." 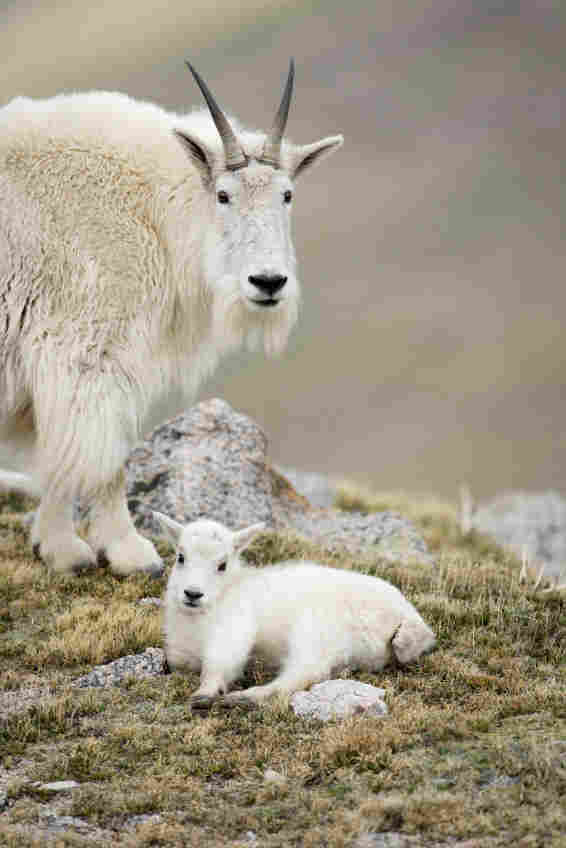 "The one animal that we were sort of blown away with was the North American mountain goat," Lentz says, "which doesn't seem that exciting, because it's a goat. But the truth is, it has a lot going for it." He gives it particularly good marks for "high altitude procreation."

"Mountain goats in other parts of the world," he adds, "are really gaudy. It's just too much. They have giant horns that look like corkscrews.

After toys with lead in them, food products with lead in them and lead toys with food in them, pandas (Ailuropoda melanoleuca, lit. 'black and white black cat foot bear who suffers depression') are China's fourth-biggest export. They are best known for sitting dumbly in zoos around the world while visitors fawn over them and their adorable Chinese names. While about sixteen hundred pandas are alive in the wild, the vast majority (about thirty-two) live in foreign zoos, where most of their time is dedicated to not mating. There are also some pandas in Chinese zoos, which makes as much sense as opening a Taco Bell in the middle of Mexico City: You'll get a few tourists, but the locals know where the authentic, non-mass-produced food (pandas) is (are).

The Animal Review: The Genius, Mediocrity, and Breathtaking Stupidity That Is Nature
By Jacob Lentz and Steve Nash
Hardcover, 144 pages
Bloomsbury USA: $12

Much ado is made about the plight of the panda. Pandas are endangered due to habitat destruction, the Chinese tradition of poaching, and a hilariously low birth rate. While their exact fertility rates are unknown (it's kind of a personal question), most experts believe that pandas reproduce once every ten million years. This has prompted aggressive captivity breeding programs. These never work, because getting pandas to mate is like launching a satellite into orbit. Simply put, pandas and mating are like Quakers and military drafts. Zookeepers have even resorted to showing them pornography, which is more a measure of desperation than scientific training.

Every so often captive pandas will mate (always by accident), and the local news then runs endless loops of a gross panda cub in an incubator as it plots a life of not mating.

Pandas' problems come from their basic refusal to act like real bears. First of all, real bears like to mate. Real bears also eat things they're supposed to eat. But pandas, despite having the digestive tract of a carnivore that cannot effectively digest cellulose, nevertheless insist on keeping to a diet that is 90 percent bamboo. This means that they have to feed constantly, subtracting from time that could otherwise be spent at least pretending to care about mating.

While everyone worries about the panda's future, any objective observer is led to the conclusion that perhaps its time has passed. Maybe Nature is trying to give them the hint that they need to go the way of the dodo, and maybe we should spend our time on a species that at least wants to survive. In the meantime, pandas occupy valuable zoo space and consume prodigious amounts of bamboo that could otherwise be used to produce offbeat furniture. Way to be, Gao Gao.

In conclusion, pandas are literally a dying breed, and whatever their charms or ability to symbolize goodwill between us and a Communist regime, the species leaves a great deal to be desired.

Reprinted from The Animal Review: The Genius, Mediocrity, and Breathtaking Stupidity That Is Nature, with permission from Bloomsbury USA: Copyright (c) 2010 by Jacob Lentz and Steve Nash. 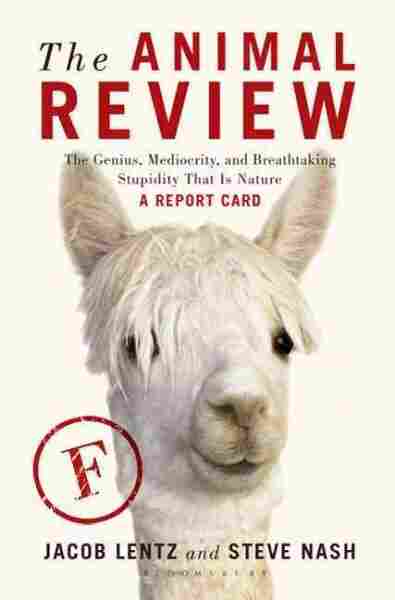 The Genius, Mediocrity, and Breathtaking Stupidity That Is Nature

by Jake Lentz and Steve Nash

Title
The Animal Review
Subtitle
The Genius, Mediocrity, and Breathtaking Stupidity That Is Nature
Author
Jake Lentz and Steve Nash