Accessibility links
Pomplamoose: Making A Living On YouTube Nataly Dawn and Jack Conte of the YouTube sensation Pomplamoose are making a living as a successful band, but they've never had a CD printed. The story of their success reflects the changing nature of the music business, as well as artists' ability to survive without the backing of a major label. 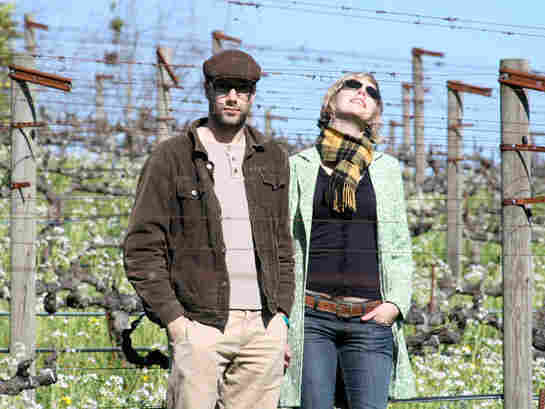 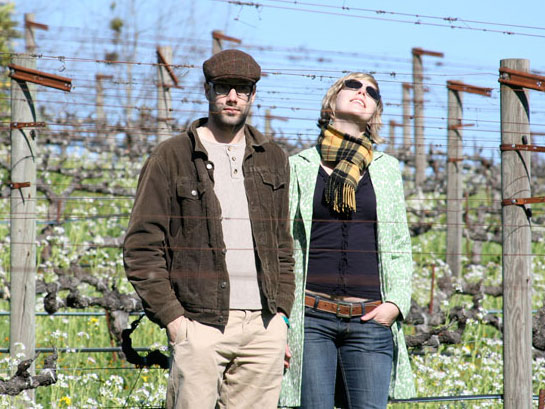 You can add the band Pomplamoose to the long and growing list of YouTube sensations, with its cover of Beyonce's "Single Ladies." Its members don't have a record deal or a publicist, but that song's video has been viewed almost 4 million times on YouTube alone.

Jack Conte and Nataly Dawn are Pomplamoose, and they recently sat down with Weekend All Things Considered guest host Linda Wertheimer to talk about their success. When it comes to Pomplamoose's videos, what you see is what you get.

"There's no hidden sounds, there's no lip-synching, there's no overdubbing. What you see is what you hear," Conte says. "Sometimes, there might be two or three Natalys harmonizing with herself, and then you'll see those three videos juxtaposed together on the screen."

The video for "Single Ladies" was shot in Conte's old bedroom, complete with blankets for sound dampeners. It's an organic, glitz-free setting — which, according to Conte, is appropriate for their music.

"I guess I kinda don't like how there's such a pedestal for music culture and especially for band culture," he says. "It just feels fake; it feels like smoke and mirrors. I feel like music doesn't have to be like that. It can be something that's very normal and very accessible."

The group has made no hard copies of its albums; no CDs have been printed. Nevertheless, they make their living on sales, having sold about 100,000 songs last year.

Pomplamoose is one of the first bands to be invited into YouTube's Musicians Wanted program, which is an ad-revenue sharing program. YouTube places ads next to or on a video, and then shares the revenue for that ad, 50-50, with the artist. Income sources like this allow for bands to survive without the help of a major label.

"If you can't just do ... the production, the instruments and everything all by yourself, then you do need help. That's something that labels are really good at," Dawn says. "If, for example, you're somebody who writes songs, like Lady Gaga, and you need everything that's gonna make you Lady Gaga, YouTube's not gonna be able to do that. You need a big fat label. But if you're just a band, I don't think we're in an era anymore where you need that sort of major backing."

According to Dawn and Conte, the process of creating a song, shooting and editing a video, and posting it on YouTube only takes about a week. The duo buys mechanical licenses for all of its covers online, which is a quick and easy process.

"That's the thing," Dawn says. "People think that all of these things have to be done by geniuses behind huge desks or at the top of skyscrapers, but you can just go online and do it yourself."