Accessibility links
Documents Reveal Extensive Violations At Mine Documents have emerged showing the extent of safety violations at the Massey Energy-owned mine in West Virginia where 25 miners died in an explosion this week. They indicate that a federal agency was closely watching the Upper Big Branch South mine. 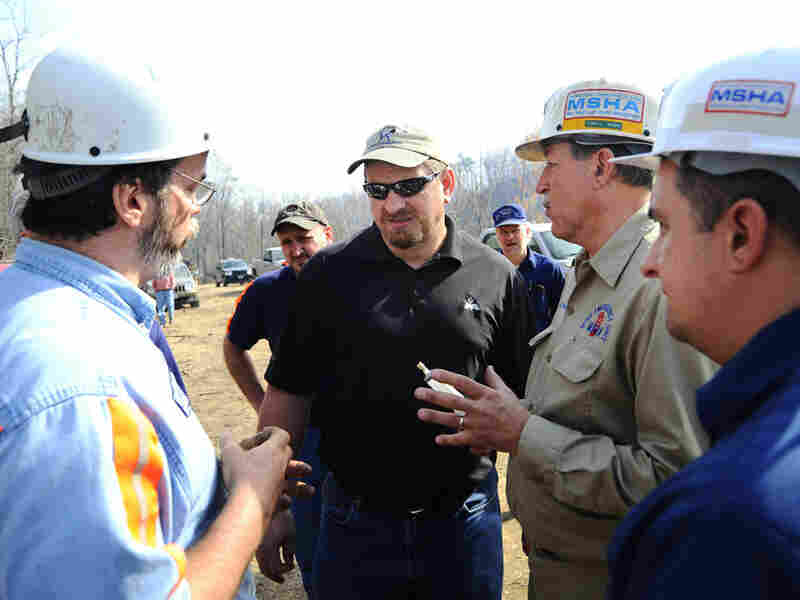 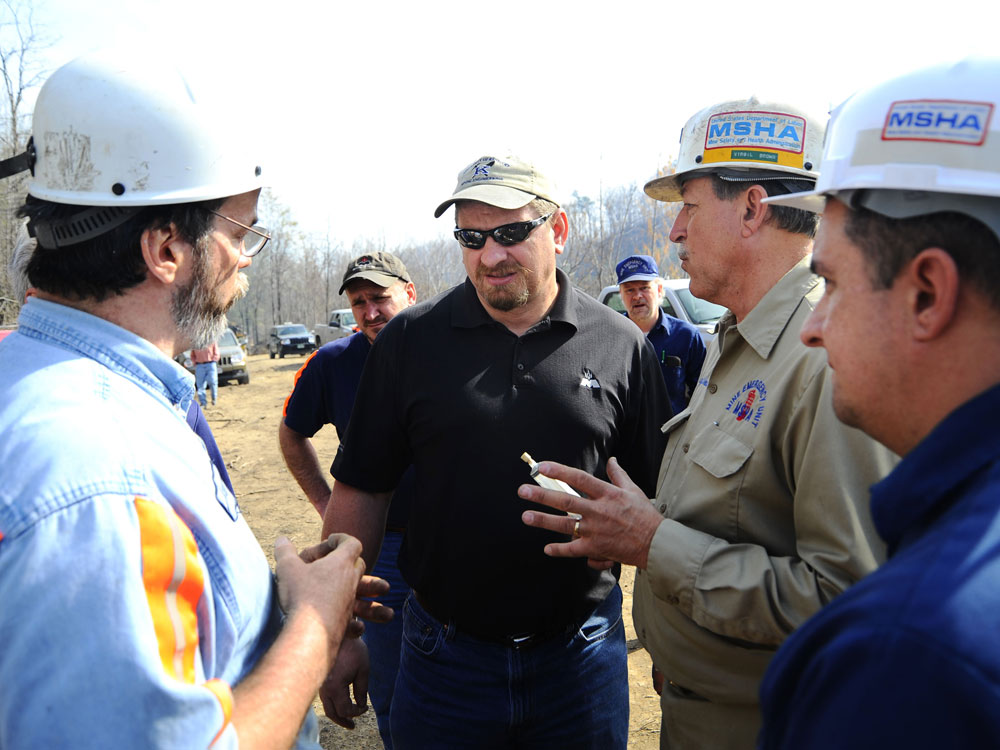 The federal Mine Safety and Health Administration has released hundreds of pages of documents detailing its last three quarterly inspections of a Massey Energy Co.-owned mine in Montcoal, W.Va., where families grieved the deaths of 25 miners.

"Their government and their employers know that they owe it to these families to do everything possible to ensure their safety when they go to work each day," Obama said.

That's the question: Did MSHA and Massey do everything possible — everything they should have done?

The inspection reports indicate that the agency was closely watching the Upper Big Branch South mine. They just don't say if it was watching as closely — or pushing as hard — as it could have.

In the past year, MSHA inspectors wrote up 68 instances of what they called "high negligence" at the mine and three cases of reckless disregard.

For instance at 9:40 a.m., Jan. 7, an inspector found that airflow had been misdirected away from a primary escape way. He said the foreman said it had been that way for three weeks. He wrote it up, calling it, "an unwarrantable failure to comply with a mandatory standard."

Melberth has been comparing Upper Big Branch South to other mines around the country. He said that when it comes to enforcement, or lack of it, the mine was in a class by itself.

"They don't seem to be changing their behavior in any way," he said. "There are huge mines out there that produce a lot more coal, have a lot more hours worked and can operate without violations."

The National Mining Association, the trade association for mine owners, argues the opposite. It says enforcement has been too rigid since 2007 when Congress added more inspectors after two big mine accidents. The Bush administration then ended the practice of letting mine operators negotiate with MSHA before getting written up.

"I think they thought it would be sort of tougher enforcement to eliminate an opportunity for operators to have an early chance of knocking down or adjudicating these fines," said Luke Popovich, a spokesman for the National Mining Association.

With that alternative gone, more mining companies are fighting back when they get fined.

Most of these challenges go to the Federal Mine Safety and Health Review Commission. The new chairman, Mary Lu Jordan, told a congressional committee recently that the caseload has skyrocketed.

But critics say that's not the whole story on enforcement when it comes to Massey Energy.

"In this instance, I don't think MSHA did enough to protect the miners in the Massey mine," said Tony Oppegard, a lawyer in Lexington, Ky., who specializes in representing miners and their families. "They did not use all the enforcement tools at their disposal."

The tool he's referring to? If the violations were egregious enough, MSHA could have gone to a federal court and asked a judge to shut down the mine at least temporarily.

MSHA has yet to do that: Not with Upper Big Branch South and not with any other mine.