Accessibility links
Rising Fuel Prices Could Chill Summer Vacation Plans That old familiar feeling is back: pain at the pump. Prices are rising on the belief that global consumption of oil will grow to fuel an economic rebound, but the higher cost of travel could instead discourage Americans from going on vacation this summer. 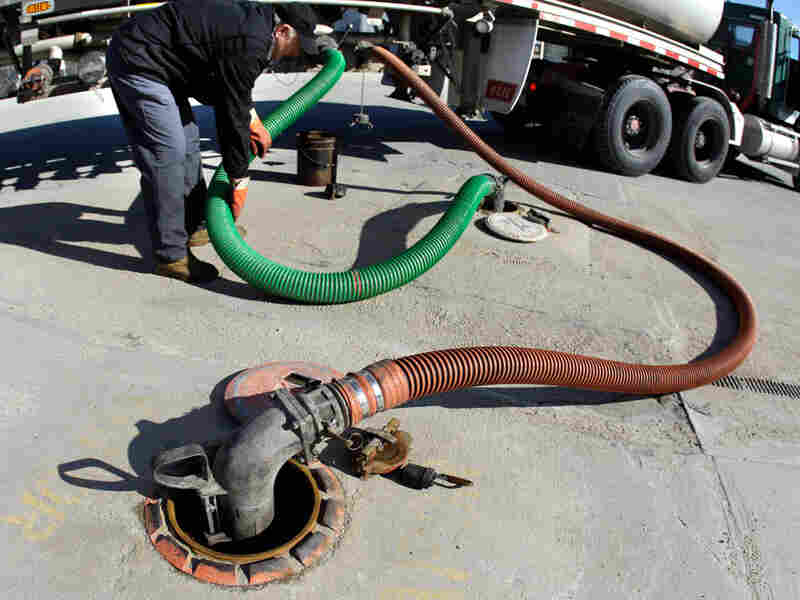 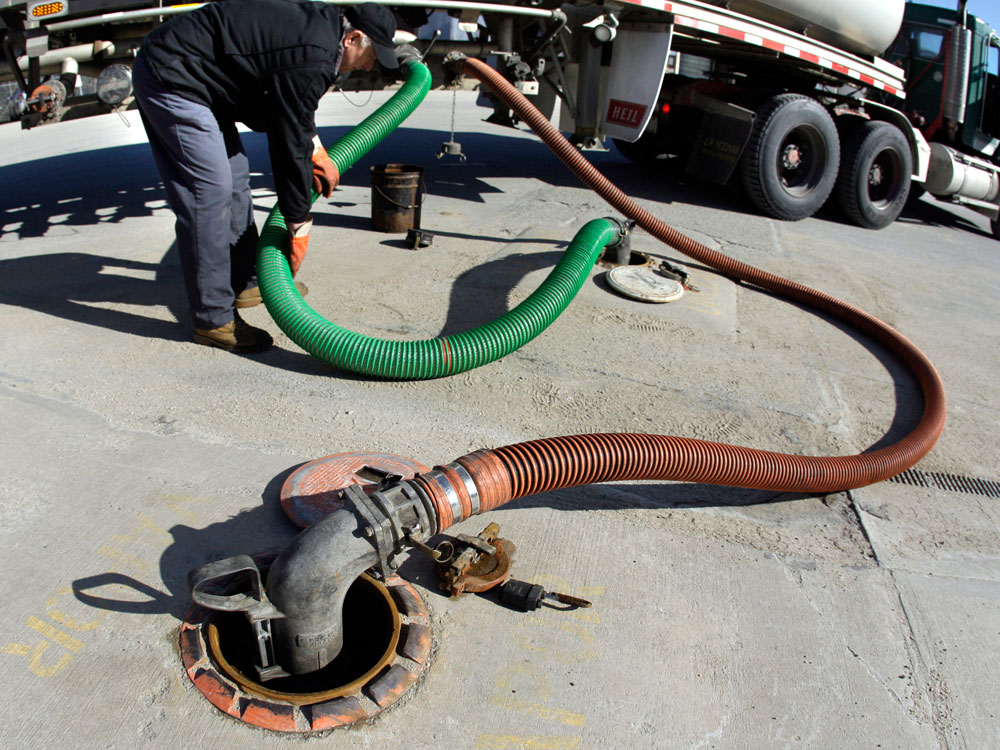 Gasoline is delivered to a Lynnfield, Mass., gas station.

That old familiar feeling is back: pain at the pump.

In recent weeks, the price of gasoline has been rising to nearly $3 a gallon in many parts of the country -- the highest level since the financial crisis hit in the fall of 2008. One year ago, the nationwide price was just over $2.

This would seem to be an unlikely time for such big price hikes, given that oil supplies have been abundant this year. In fact, with the summer driving season still weeks away and millions of unemployed Americans at home rather than driving to work, this should be a period of low gasoline prices.

But retail gas prices are being driven up by the growing belief that global consumption of oil will rise significantly this year. Today's thirst for oil is "expectations-driven," says Daniel Yergin, author of The Prize, a book about the history of the oil industry.

Yergin says investors around the world are expecting China and other countries in the Asia-Pacific and Middle East regions to start using much more oil to fuel an economic rebound. The U.S. Energy Information Administration estimates world oil consumption will grow by 1.5 million barrels a day this year. Last week, the federal agency said it expects retail gasoline prices to top $3 a gallon nationwide this summer. Last July, gas sold for around $2.50.

Higher oil prices also are having an impact on air travel. Travelocity, the online travel site, has said fares for round-trip flights this summer already are running about 13 percent higher than last summer. Last week, Priceline, another online booking agent, predicted fares may rise by as much as 25 percent as the summer travel season heats up.

Not only are fares more expensive, but airlines are tacking on more fees for luggage, food and other services. One discount carrier, Spirit Airlines, grabbed attention earlier this month when it announced it will charge $45 for each carry-on bag.

The higher cost of travel could discourage Americans from going on vacation this summer, which in turn would dampen the economic recovery, Yergin says.

"Rising oil prices create negative feedback on the economy," he says. If prices keep heading up in coming weeks, he warns, "it could start affecting businesses" and derail the recovery.