Accessibility links
The Runaways Vs. The Perils Of Rock 'N' Roll A new movie charts the rise and fall of the teenage all-girl band from the 1970s. Fueled by a rebellious spirit, The Runaways achieved fame with the hit "Cherry Bomb," but not without encountering the pitfalls of the rock star lifestyle. Director Floria Sigismondi discusses the film's portrayal of the young musicians. 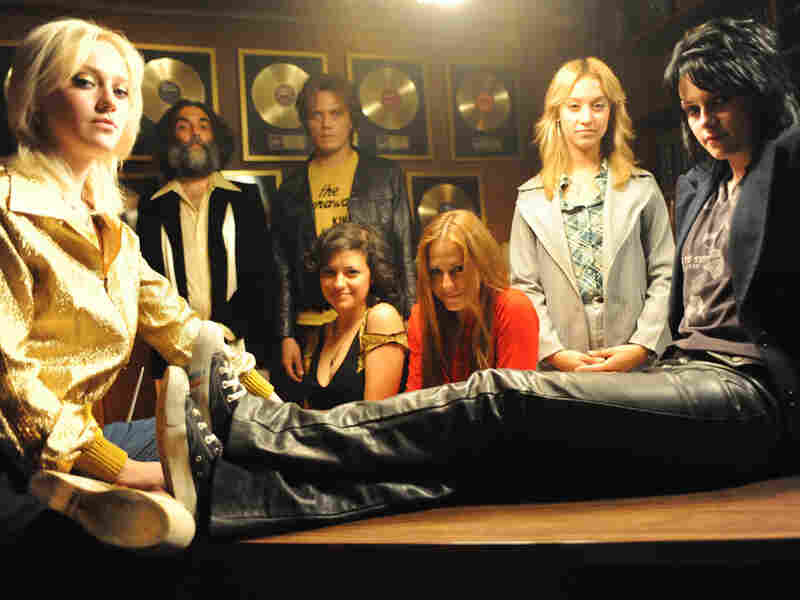 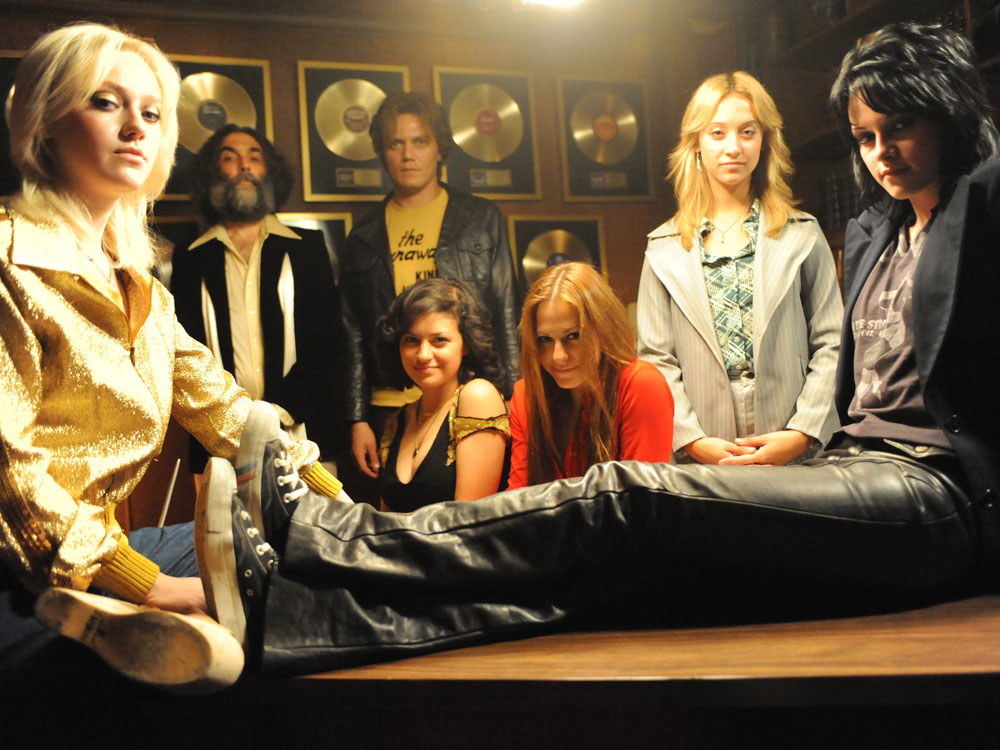 Dakota Fanning (as Cherie Currie, far left) and Kristen Stewart (as Joan Jett, far right) star in a new film about The Runaways.

The Runaways were a teenage, all-girl band in the 1970s. Fueled by a rebellious spirit, they achieved fame with the hit "Cherry Bomb." The band eventually fizzled out, but its legacy carries on every time a woman lugs in an electric guitar and stands toe-to-toe with guys.

A new movie out this weekend charts the rise and fall of the band, and its relationship with a sleazy promoter who unleashed it upon the world. The Runaways is directed by Floria Sigismondi, who made a name for herself directing music videos for artists ranging from Marilyn Manson to Incubus. She says she discovered The Runaways during her years at art school.

"What I liked about this band in particular was that they were all girls and looked real badass," Sigismondi says, laughing.

The group was the dream of Joan Jett, The Runaways' songwriter and guitarist. Modern-day fans look back at the group as rule-breakers and feminists. But in the movie, its members are portrayed as young girls, often victimized by promoter Kim Fowley.

Lead singer Cherie Currie struggled the most with her new life as a rock star. At 15, she joined The Runaways and was immediately introduced to sex, drugs and rock 'n' roll. It wasn't long before she became an addict and quit the band. Sigismondi says Currie left at the right time.

"In the end, I look at her as a hero getting out," she says.