Accessibility links
Would You Tell This Man Your Life's Story For $10? It's a safe bet that the last thing you'd do after losing your job is give away money. But every day, Reed Sandridge, who was laid off from a nonprofit group last year, walks up to a stranger and gives the person $10. 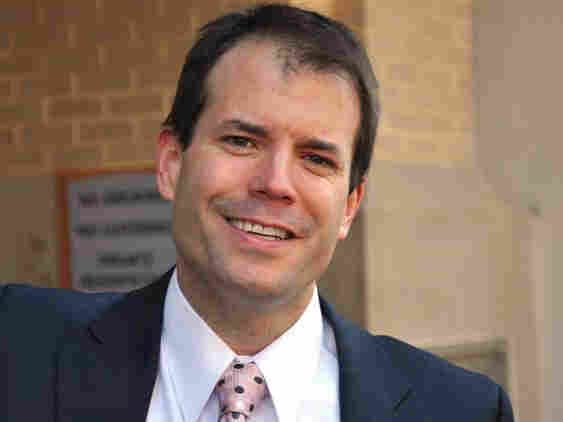 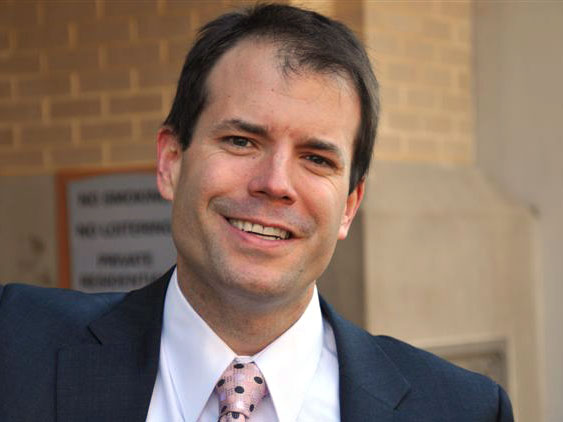 It's a safe bet that the last thing you'd do after losing your job is give away money. Reed Sandridge was laid off last year as a director of a nonprofit group in Washington, D.C. The 36-year-old came up with a pet project to keep him busy while he looked for work. He calls it the "Year of Giving."

Every day, Sandridge walks up to a stranger and gives away $10. So far, he's handed out close to $1,200. He also interviews the recipients about their lives and posts their stories on his blog. Think of it as Studs Terkel meets Santa Claus.

Sandridge agreed to meet NPR's Liane Hansen and Jack Zahora in the city's Chinatown neighborhood on a busy corner above a subway stop. It wasn't long before he stopped someone on the street and started making his pitch. His subject for the 116th day of his project was Molly M. 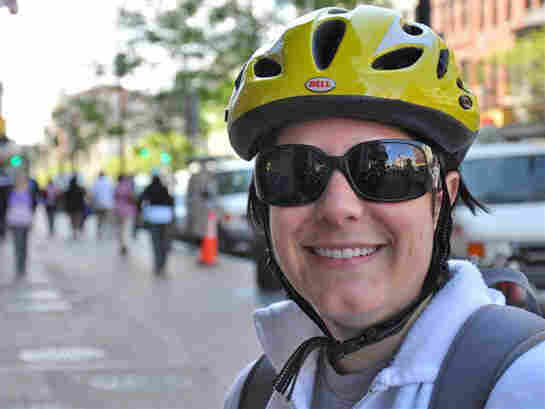 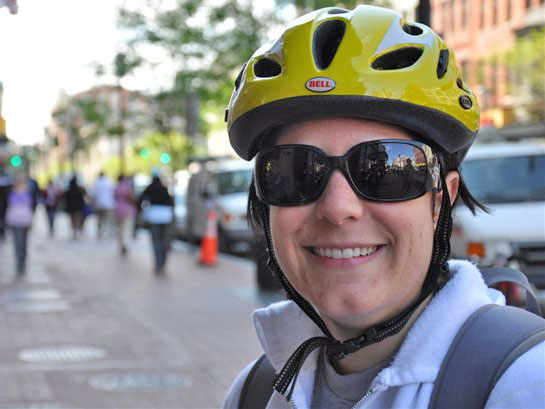 Molly M. should probably be studying.

I know what you might be thinking...Day 116?! What happened to Days 109-115? Did Reed take a break? Did he forget to tell us all that he is entitled to 2 weeks of "paid" vacation...i.e. not paying others! :) Nope, that's not the case. I am simply behind on the administrative side of my year-long experience. But don't worry. To steal and modify a great Teddy Kennedy quote, the giving goes on, the cause endures, the hope still lives and the dreams shall never die.The reason that I am posting Day 116 today is that I had the honor of sharing my giving experience today with Liane Hansen and Jack Zahora of NPR. Many of you probably already know Liane as the host of NPR's Weekend Edition Sunday. Jack is a NPR producer for the show. They are putting a story together for this Sunday's program, which airs from 8am to 10am on WAMU here in DC. The show is broadcasted on more than 600 stations around the country...so check your local NPR station to see when it will be on. Later that day the story will be posted on www.npr.org.

It is strange to meet someone that you have heard for years but don't really know. Liane didn't disappoint...she was great. I'm guessing she has pretty much worked every weekend for the last 20 years...would you be willing to do that?

Anyway, so they were following me around. I was in the Chinatown neighborhood looking for a recipient and found Molly.

Molly was walking her bike down 7th Street when I pulled her over to talk to me. She seemed like she was in a bit of a hurry at first, but probably was just more skeptical of what I was doing than anything else. It turns out that at the age of 31 Molly has returned to school to make a career change. She is studying nutrition at the University of Maryland after having a career in marketing and communications.

I asked her what she was doing today and she said that she had been studying and now was rewarding herself with a little shopping trip. "Although I should probably be studying now" she said.

She said that she was going to use the $10 to buy a couple of grande skim lattes at Starbucks. Although she decided to use the money for herself, she sounds like a pretty dedicated giver. She has volunteered her time teaching exercise classes to women in shelters, tutored children in coursework, helped out at So Others Might Eat (S.O.M.E.), helped an organization that offered tax assistance to low income individuals, etc. Pretty impressive. She also has an internship with DC Hunger http://www.dchunger.org/ whose mission it is to eliminate hunger in the District.

Molly was a terrific sport. I hope that you have the opportunity to hear our interaction on the NPR segment this Sunday!

Oh, and if anybody wants to help this aspiring nutritionist, she is in dire need of a good biochemistry tutor! Somebody help!