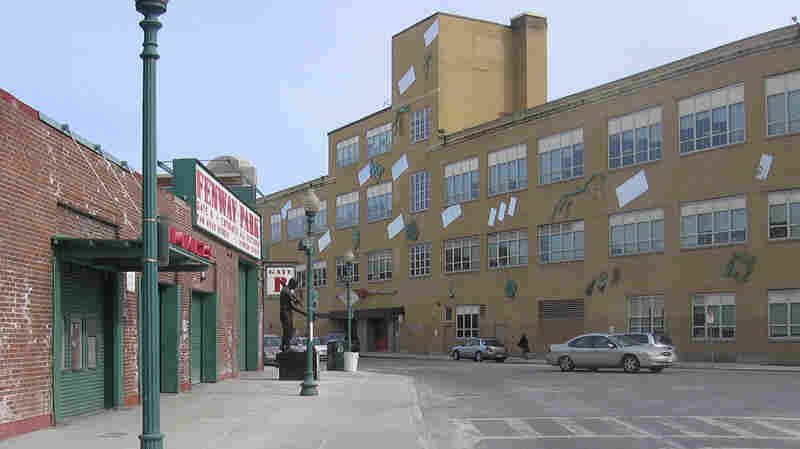 Fenway High School, which is directly across the street from Fenway Park, is one of many public schools in Boston that host teacher residents. Claudio Sanchez/NPR hide caption

What if we prepared teachers the same way we prepare doctors?

As school reformers lurch toward more innovative ways for training classroom teachers, this idea is getting a lot of attention. A handful of teacher "residency programs" based on the medical residency model already exist. Boston was one of the first to create one in 2003.

Tom Payzant had been Boston Public Schools superintendent when he founded the Boston Teacher Residency program. Payzant, who now teaches at Harvard University, says the city desperately needed to attract more talented teachers, especially for hard-to-fill positions like math, science and special education. But it wasn't just about the numbers, Payzant says. It was about the quality of teachers coming out of colleges of education.

"Most teacher training institutions focus more on content and less on practice and how people teach," Payzant says.

So, he wondered, why can't schools be more like teaching hospitals with seasoned teachers, just like seasoned doctors, responsible for the induction and training of the next generation of teachers?

The idea was to expand in a dramatic way the clinical practice that is central to the whole design of the residency program. Today, the Boston Teacher Residency program (BTR) is run jointly with Boston Public Schools with both private and government funds. It enrolls 75 residents per year. They take a full load of courses from area colleges that offer master's degrees in education.

The "clinical training" part of the program takes place four days a week with an accomplished teacher in a Boston public school where residents experience what it's like being in a big city classroom.

It's like boot camp, says Payzant. The program draws lots of applications, mostly from people in their mid- to late-20s, all with work experience and college degrees in the areas they're going to teach.

Emily Walton, for example, was writing for a medical journal when she first heard about BTR.

"I studied medicine as an undergrad, but I just wasn't ready for medical school. In fact, people encouraged me to be a teacher before I realized it was something I wanted to do," she says. 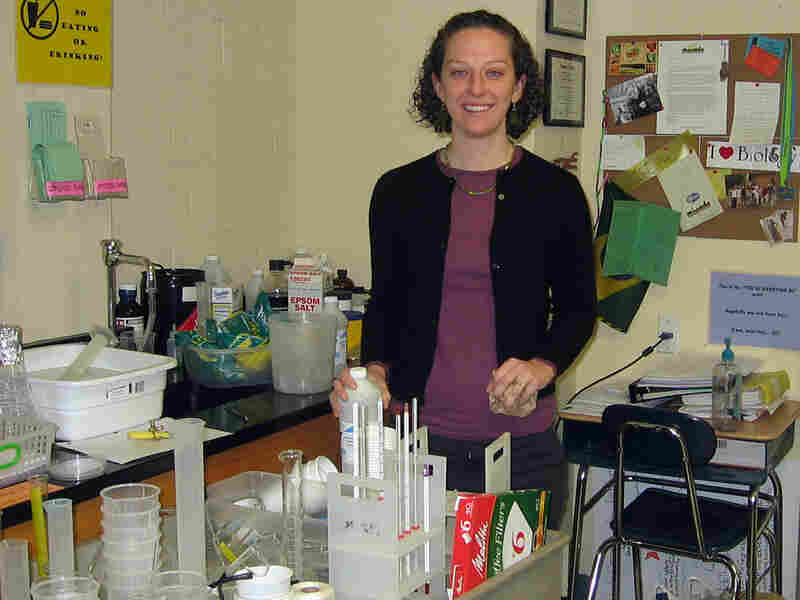 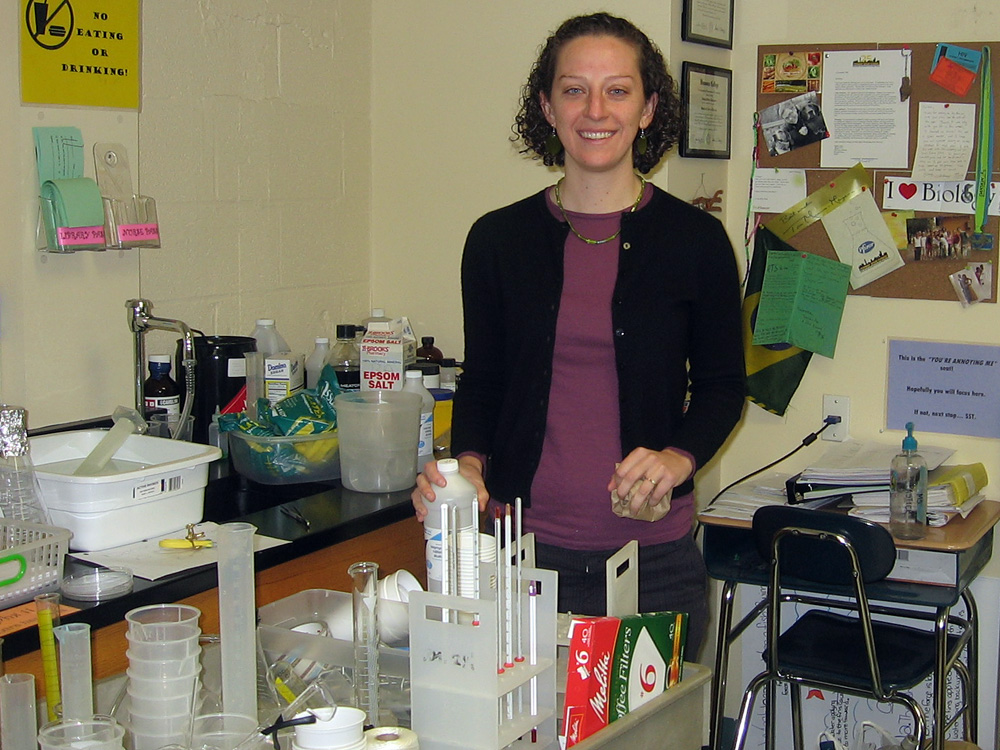 At Fenway High School, the 28-year-old Walton easily blends into the crowd of teenagers making their way to their first-period class. Walton starts her day teaching physics to ninth-graders.

Before she starts class, she has to deal with a sullen young student who has his head buried on his desk. He's upset because he's sure he flunked his last test. Walton leans in.

"You didn't fail," she says reassuringly.

He doesn't seem to believe her. Getting some of these kids to believe in themselves is hard enough. This is where the Boston Teachers Residency training kicks in. It takes first-year teachers like Walton, who may not be all that confident themselves, and teaches them how to work with moody, unmotivated students.

Payzant says the teaching profession has not been well-served by colleges of education and that most first-year teachers are thrown into the classroom to fend for themselves.

At Fenway High, Walton was first paired with faculty member Juliana Thompson, a microbiologist by training and an accomplished teacher with a reputation for being tough, fair and blunt.

Walton recalls that everything appeared to be going just fine. The kids were behaving. She was talking about isotopes and trying to explain the difference between atomic mass and atomic weight. Then, suddenly, Walton says, she realizes "nobody knows what I'm saying." But she says she kept talking. "And I confused people more and more until I realized an hour and 15 minutes had gone by and they're all sitting there like 'What?'"

"I did not step in because that's just a classic teaching moment. Teaching is not just about preparation, it's about thinking on your feet," Thompson says. "You suddenly realize that's not going to work and in a matter of seconds everything you had planned for the past week has to be changed and that's very hard to do."

Thompson meticulously examines everything Walton does in the classroom then breaks it all down and looks at her weaknesses and strengths. But Walton says that what's most valuable to her are the weekly meetings she has with the five other residents at Fenway High. They get together just like a group of young doctors would to figure out what's making a patient sick. Except in this case, the doctors are the patients, says Walton.

"And we talk about everything. You're embarrassed and you're scared and excited, so it's really helpful to have them there so you can run [to them] and be like, 'Oh my god, guess what happened?'"

Jesse Solomon, the director of the Boston Teacher Residency program, knows exactly what Walton is talking about. He taught high school math for 10 years.

"What I quickly learned when I started teaching was that I didn't know how to teach," he says.

But it's not just the clinical approach that makes BTR's training so much better than what most first-year teachers experience, says Solomon. In six short years the program has placed more minority teachers in the Boston city schools. And unlike most new teachers who leave the classroom within two to three years, Solomon says, 85 percent of BTR's graduates stay in the classroom much longer.

The secret to their longevity appears to be a really strong support system and camaraderie, which is in full display at BTR's monthly, pep-rally-like meetings. It's an opportunity for people to share war stories, encourage each other and vent. Some complain about tests and what a waste of time they are. Others complain about difficult parents and how hard it is to figure out whether their students are really learning or not.

In fact, BTR officials themselves concede they don't have any solid evidence yet that BTR is having an impact on student achievement. Harvard researchers and the Education Department are both looking into it.

But if the teacher residency training model proves it's helping raise student performance and test scores, the question at that point will be: Can this model work elsewhere and should it become the standard for training all new teachers?