Accessibility links
Child Safety Group Fights For Facebook 'Panic Button' Britain's Child Exploitation and Online Protection Center is trying to convince Facebook to embed a "panic button" on the site's pages, so children can report any disturbing contacts with a single click. The push follows the slaying of a 17-year-old U.K. girl by a man who posed as a teenager on Facebook. 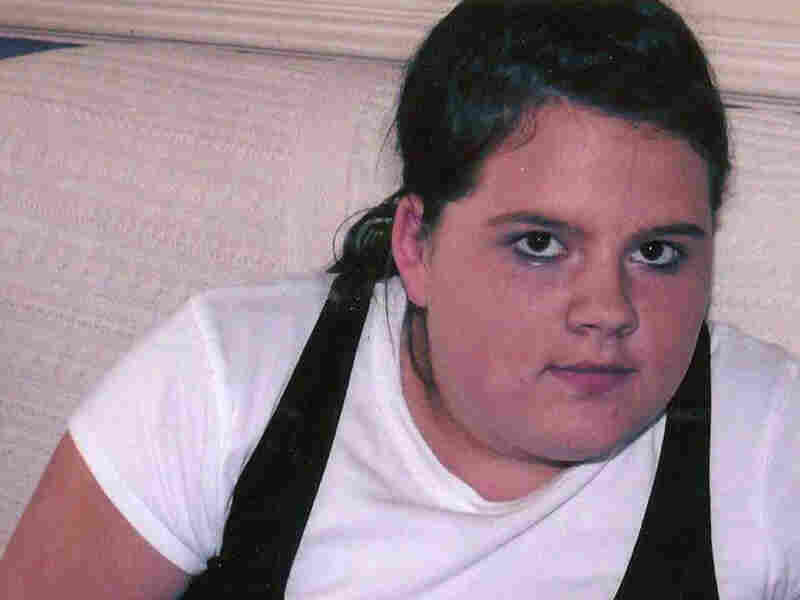 An undated photo issued by police shows Ashleigh Hall, 17, whose body was found in a farm field near a roadside restaurant in Sedgefield, England, in October. Hall met her killer on Facebook. Durham Police/Press Association via AP hide caption 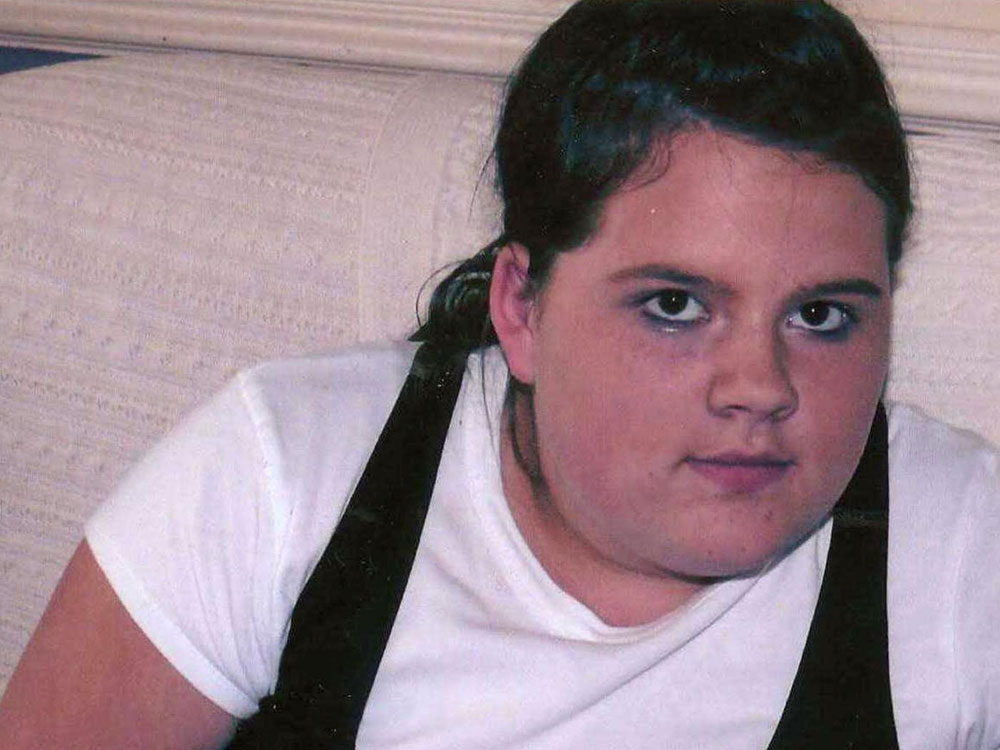 An undated photo issued by police shows Ashleigh Hall, 17, whose body was found in a farm field near a roadside restaurant in Sedgefield, England, in October. Hall met her killer on Facebook.

The head of Britain's online child protection agency met with Facebook executives Monday in Washington to try to convince them to embed his agency's "panic button" on the site's pages, so children can report any disturbing contacts with a single click.

Several other social networking sites, including Bebo, have installed the button, but Facebook says it already has a "robust" monitoring system.

The meeting follows controversy over the way Facebook handles abuse reporting, which arose during the trial of a serial sex offender. Last month, a British judge sentenced Peter Chapman to 35 years in prison for the murder of 17-year-old Ashleigh Hall. But at times, it seemed like Facebook was on trial.

The social networking site was where Chapman, 33, befriended the girl, by posing as a handsome teenage boy.

Hall clearly never suspected she was in any danger. Nevertheless, Facebook was heavily criticized for its continued refusal to install the "panic button" that could have connected her to child protection officers.

"All of the other sites have got it on," said Andrea Hall, the girl's mother, "so why hasn't Facebook got it on? If they said they were going to do it, why haven't they done it?" 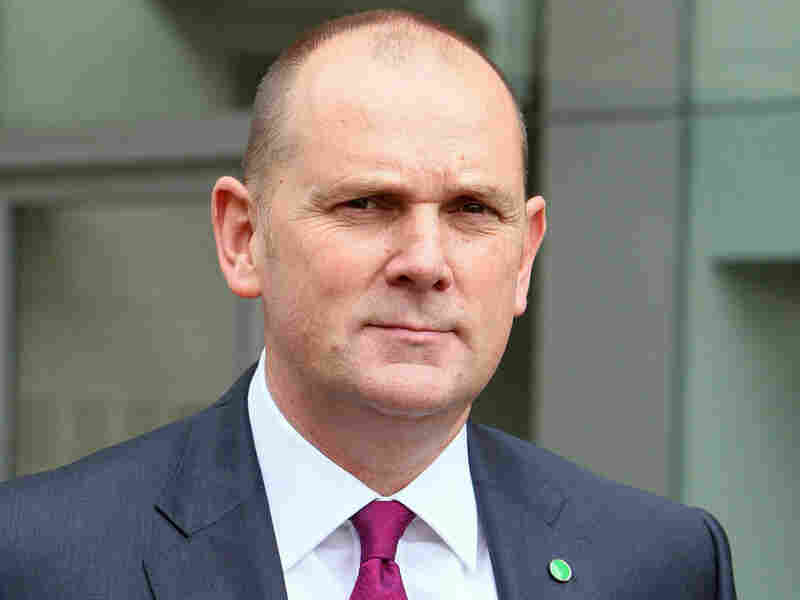 Jim Gamble, head of the British Child Exploitation and Online Protection Center, is trying to convince Facebook to put his agency's "panic button" on its pages. Paul Faith/Press Association via AP hide caption 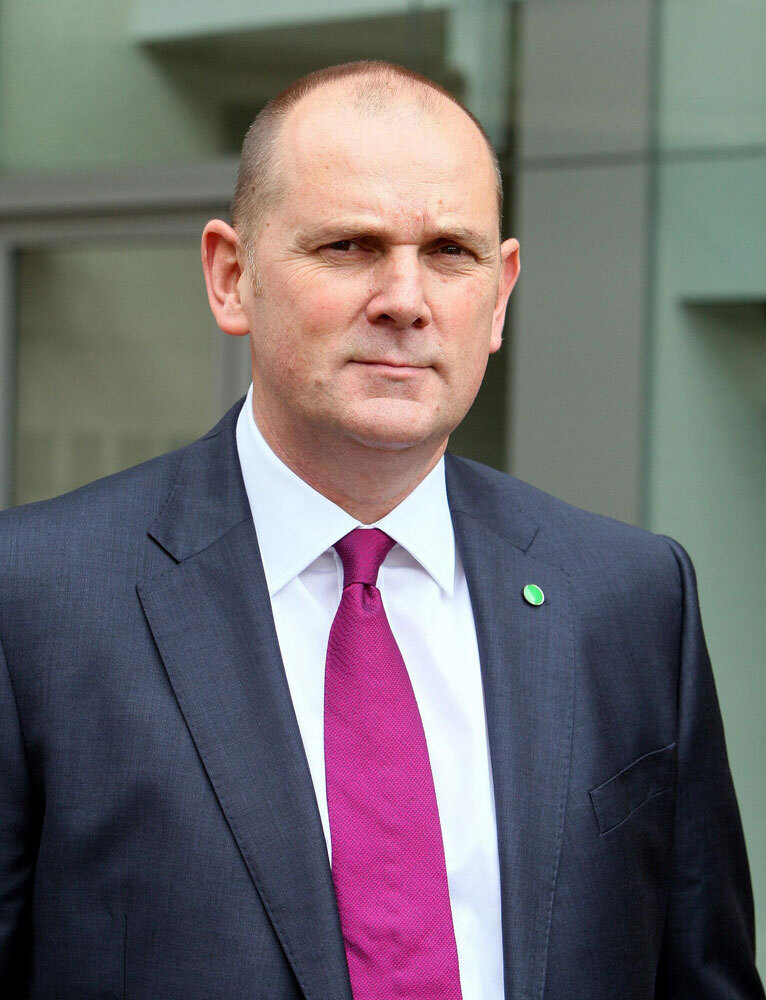 Jim Gamble, head of the British Child Exploitation and Online Protection Center, is trying to convince Facebook to put his agency's "panic button" on its pages.

Actually, it's not clear just what Facebook said about the panic button. After Chapman's conviction, Britain's home secretary met company executives in London for what the Cabinet minister called "a frank exchange of views." He said then that Facebook "had no objection in principle" to the button.

But Facebook later said it never intended to embed the link on every page; instead, it was willing to place the link on a single page they had already set up for reporting abuse.

Jim Gamble, head of the Child Exploitation and Online Protection Center, the British police agency that created the panic button, says it is only effective if it is on every page.

"It's like a burglar alarm on your house: It tells anyone coming into that environment to engage with you that you're protected," he says.

Gamble says three out of four complaints his agency receives about possible online bullying, abuse and pedophile activity involve Facebook. And the number of complaints has quadrupled since last year, with 252 in the past three months.

Facebook isn't the only site to refuse to cooperate with the child protection agency, Gamble says, but it's by far the biggest.

"The fact that other sites aren't adopting it, to me, is just beyond logic," he says. "I don't understand it. I don't see the rationale. And we need to challenge them."

In an attempt to reassure Facebook users in the U.K., the company invited cameras into its European security center.

Facebook says its existing monitoring system is constantly reviewed. Incidents of bullying or approaches by pedophiles are extremely rare, spokesmen say, and are always reported to the appropriate authorities.

Facebook also says it has experimented with a panic button similar to what the British child protection agency advocates, and found that reports of abuse did not rise but fell.

"If the proposal is that we should put the button on every single page of the Web site, we're quite clear that that isn't the quick-fix solution that will actually make users of Facebook safer than they are today," says Richard Allan, director of European public policy for Facebook.

But Gamble says that despite the significant increase in complaints his agency has received from children and parents, Facebook has failed to report a single alleged pedophile to British police.