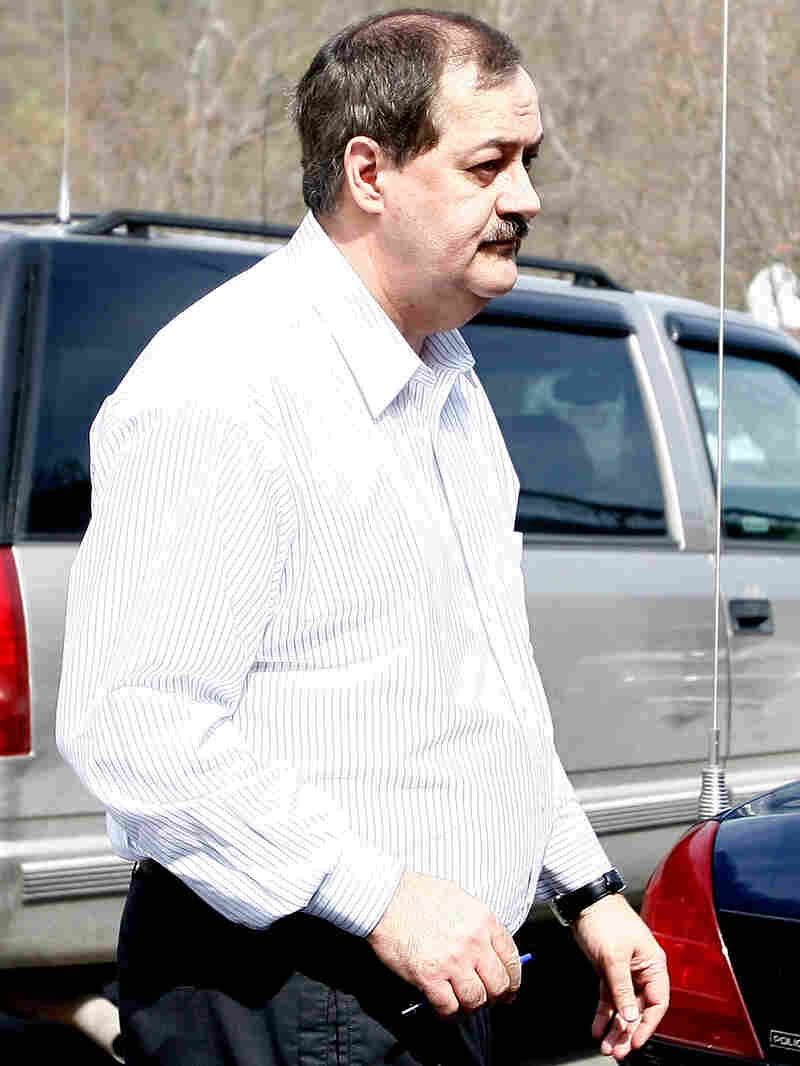 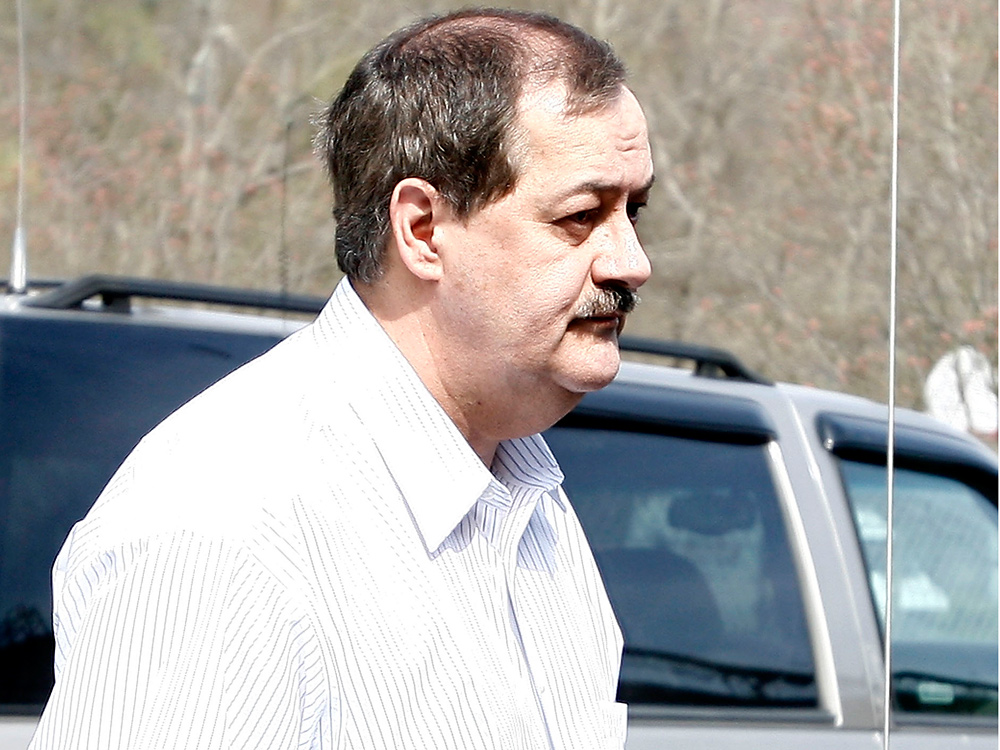 Massey Energy CEO Don Blankenship arrives near the Upper Big Branch Mine in Montcoal, W.Va., where 29 miners died in an explosion. An NPR inquiry has found that Massey operates 10 underground coal mines with injury rates that exceed the national rate.

An NPR News Investigation shows that the Upper Big Branch mine in West Virginia is not the only Massey Energy mine with a litany of safety violations, citations and fines.

Twenty-nine miners died last week in an explosion at the Upper Big Branch mine. Federal mine safety records document repeated safety problems at that mine. Now, NPR's analysis of federal records indicates a similar pattern at nine other Massey mines in Virginia, West Virginia and Kentucky.

NPR reviewed 2009 safety inspection records available from the Mine Safety and Health Administration for all 35 active underground coal mines owned by Massey Energy.

Four of Massey Energy's mines had injury rates that were more than twice the national rate last year.

Massey's long list of citations has some wondering whether the federal mine safety inspection system works.

"Part of the strategy by the mine operators [is], 'Well, we're going to contest everything,' " says Bruce Dial, a mine safety consultant who spent 24 years as a federal mine inspector and inspection trainer.

Massey Energy did not respond to NPR's request for comment for this story, but the company did refer to this April 9 statement about its mine safety practices.

"It takes so long to get [citations] through the review commissions, they don't end up paying fines until it's three, four, five years down the road," he says.

In fact, 16,000 citation appeals are pending right now, and they're worth millions in fines. Massey Energy alone, according to NPR's analysis, has had more than $7.6 million in fines. That's over five years at those 10 high-injury mines. The company has paid just $2.3 million of that amount so far.

Massey did not respond to NPR's request for comment but said in a statement last week that its rate of violations (per day of inspection) at its Upper Big Branch mine is consistent with the national average.

That's not true, says Ellen Smith, owner of Mine Safety and Health News.

"The industry average is actually 0.71, and that particular mine has 0.94 violations per inspection day," Smith says. "So that mine is about 30 percent higher than the average underground bituminous coal mine."

A Question Of Liability

Smith believes one weakness in the system is the issue of liability for safety problems. Right now, she says, mine supervisors, foremen and mine companies as a whole can face criminal penalties for serious safety violations. That doesn't apply to company presidents or CEOs who were not directly involved in violations but who may have put productivity before safety.

"There will be a different safety culture if they know that there's a chance that they might spend six months in jail or they might have charges personally brought against them," Smith says. "But at this point there is nothing in the law that would allow that to happen."

The law does permit the federal Mine Safety and Health Administration to shut down a mine if there's a pattern of serious violations. But that kind of drastic action is rare. The agency declined to comment for this story, saying top officials were traveling to a memorial service for the miners killed last week.

Dennis O'Dell, health and safety director for the United Mine Workers union, compares the safety inspection system to driving drunk, but without the threat of a suspended license.

A 'Positive Incentive' To Contest Sanctions

Mining companies say they have to challenge citations because the fines are far higher and sanctions more serious since the Sago Mine disaster in 2006. Before the changes, mine operators could negotiate with federally appointed mediators who could reduce fines and limit sanctions, according to Luke Popovich, a spokesman for the National Mining Association, an industry group.

"When they removed this opportunity to contest [citations and fines] at a lower level, that created a positive incentive for operators to contest them the only way they could," he says.

Some of Massey's safety violations involve improper ventilation of methane gas and excessive buildup of coal dust, precisely the conditions that could have triggered last week's deadly explosion. But no cause is known for certain yet; the investigations are just getting under way.

Meanwhile, as recovery crews prepared Monday to remove the last of the bodies from the Upper Big Branch mine, S&P Equity Research issued a rosy financial review of the mine disaster's impact on Massey Energy's bottom line.

"We believe that the financial impact of the Upper Big Branch mine tragedy to Massey Energy will be immaterial," S&P Equity reported. "Our opinion is based on our analysis of industry mining accidents, Massey's indemnification to litigation via insurance, and our belief that the company has ample capacity to mitigate most of the 1.6 million tons of production that was expected to be sold from Upper Big Branch."

S&P then advised that Massey Energy is again a good buy for investors.