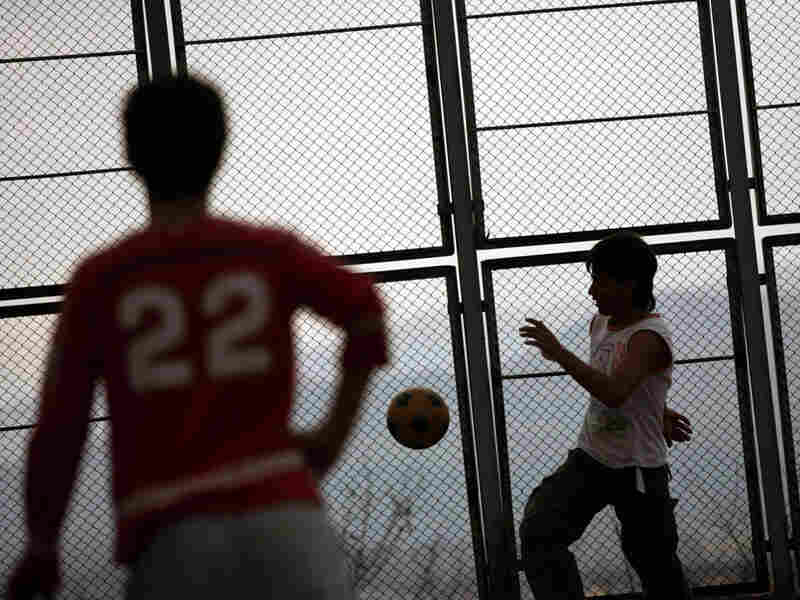 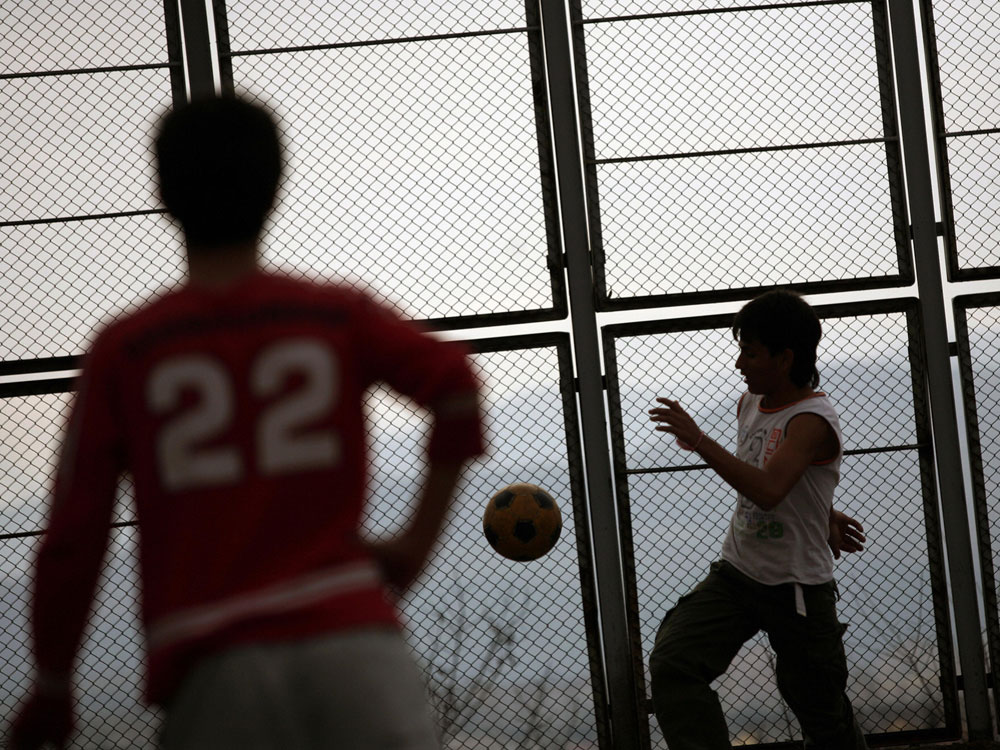 Orphan boys play on the playground of Blagoevgrad's orphanage in Bulgaria.

The recent story of an adopted Russian boy returned unescorted to his native country by his American adoptive mother may make for sensational headlines, but the underlying act occurs more often than many people realize, adoption advocates and lawyers say.

A Tennessee woman provoked international outrage last week when she sent her 7-year-old adopted son on a solo flight to his native Russia with a note disowning him. But experts say many foreign adoptions have failed over the years because parents are unprepared to deal with children damaged by institutionalization.

The number of failed foreign adoptions parallels the studies of failed domestic adoptions of children older than 3 — about 15 percent — said Chuck Johnson, acting CEO of the National Council for Adoption.

He said the controversy may threaten the adoption of hundreds of Russian children by U.S. families. 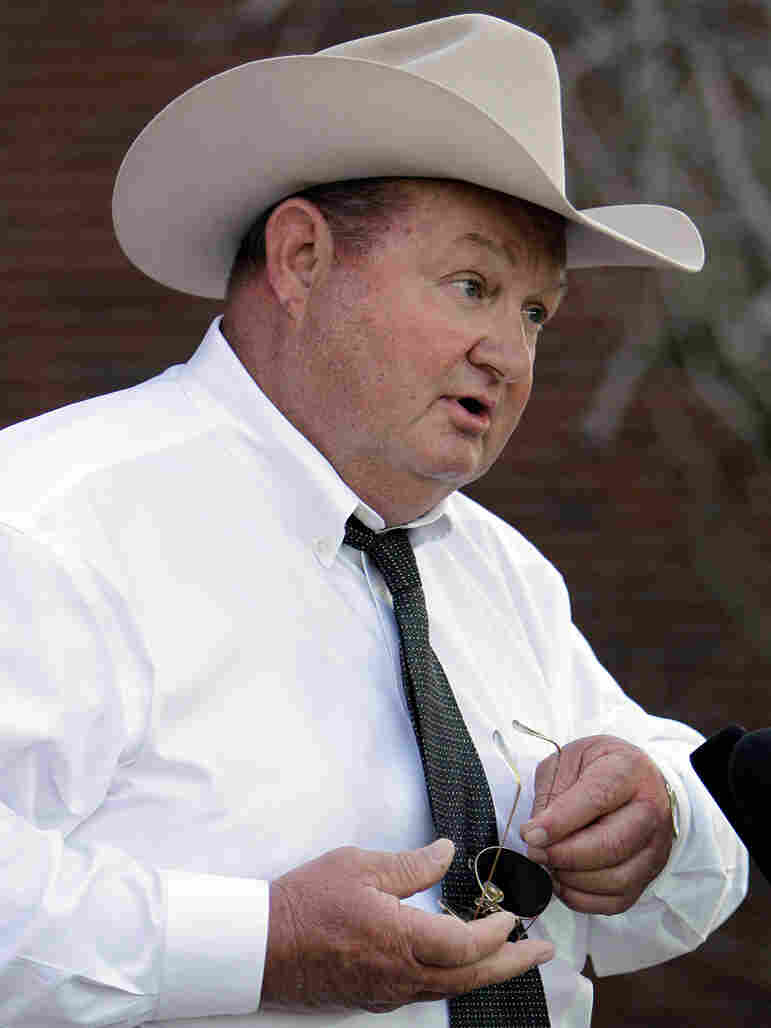 Bedford County, Tenn., Sheriff Randall Boyce answers questions Monday in Shelbyville concerning the case of a 7-year-old boy who flew unaccompanied to Moscow last week with a note from his adoptive mother saying she no longer wanted him because he displayed psychological problems. The case brought national attention to one risk of adoptions — thousands of them end with the return of a child to his or her native country, or placement in foster care. Mark Humphrey/AP hide caption

"The vast majority of these families and children have a very positive experience," Johnson noted. Last year, about 1,600 Russian children were adopted by U.S. parents, and more than 60,000 have been successfully adopted over the years, he said.

Dr. Ronald Federici, a Virginia neuropsychologist and family counselor specializing in adoptions and attachment disorders, estimated that more than 4,000 children adopted from overseas eventually ended up in U.S. foster care. He said hundreds of cases have ended with the adoptive parents accompanying the child back to the country of origin, and other adopted children have been victims of abuse, neglect or even murder.

"Americans are very blind," Federici said. "They go in with the idea that a loving home is going to heal the wounds of institutional kids. But it often makes it worse because of overstimulation."

Federici said often parents who are eager to adopt do not take the time to have medical and psychological records translated so that they can have a clear understanding of a child's problems. Nor do they realize the commitment of time and energy that is required to parent a child that has been damaged by living in an orphanage or by fetal alcohol syndrome, or other maladies.

He also said agencies are often not upfront about a child's background, though other experts said the flow of information has improved since the U.S. implemented the Hague Convention on Intercountry Adoptions in April 2008.

"This child is mentally unstable. He is violent and has severe psychopathic issues," Hansen, a registered nurse, said in the letter.

Russian President Dmitry Medvedev called Hansen's actions "monstrous" and asked for an agreement with U.S. authorities laying out how such cases should be handled; Foreign Minister Sergei Lavrov called a halt to all U.S. adoptions of Russian children until an agreement is reached.

Johnson said the odds of adoption success were improved when the U.S. signed the Hague Convention. That agreement sets up a process for adoptions that is designed to prevent exploitation and child trafficking. It includes a requirement that agencies be accredited when they operate in participating nations, and they must have counseling and other services in place to help families cope with problems.

But Johnson said parents should not underestimate the detrimental impact that living in even the best orphanage has on a child. Studies have shown that there is a measurable drop in a child's well-being after only one month in an orphanage.

"Love is a component in the healing process, but it is not the cure," Johnson said.

Johnson said the agency used by Hansen — the World Association for Children and Parents, a Renton, Wash.-based agency — is accredited and provides a portfolio of counseling services.

Robert Tuke, a Nashville attorney and member of the American Academy of Adoption Attorneys, agreed that the number of failures of foreign adoptions is about 15 percent. He said parents often are not aware of the array of support services at their disposal.

Russian officials have tightened their adoption process after several adopted children died of abuse or neglect in the U.S. In 2006, a Virginia woman was convicted of killing her 2-year-old adopted daughter, and other cases have been followed closely by the Russian media.

Nancy Hansen, the child's adopted grandmother, said it's the family that was victimized. She said the boy's violent outbursts terrified the family. She said he even drew a picture of the family's home afire — which the adopted mom took as a threat.

The Russian education ministry has suspended the license of the World Association for Children and Parents, the group involved in the adoption.

Lillian Thogersen, CEO of WACAP, said the Russians have not told the group how long the suspension will last.

Thogersen said her agency has a very high rate of success. Out of 10,000 adoptions, only about 1 percent haven't worked out, she said. She declined to discuss specifics of the Hansen case because of confidentiality concerns.

Adoptive parents in the U.S. worry that the case will have long-lasting effects.

"That incidents like the one today can cause children to remain in orphanages rather than be adopted by loving families is the real tragedy," said Sue Gainor, who adopted a child from Russia in 2001 and is the national chairwoman of Families for Russian and Ukrainian Adoption.

In Tennessee, Bedford County Sheriff Randall Boyce said Monday that Hansen's attorney said her client refuses to talk to authorities unless she is charged with a crime. Boyce said he is continuing to investigate the incident.