Accessibility links
Departing SEIU Chief Stern Grew, Split Big Labor As head of the Service Employees International Union, Andy Stern expanded the rolls of the nation's second-largest union. He was hailed as an innovative organizer, but he also led what many now see as an ill-advised split with the AFL-CIO. And his top-down style alienated many in the union's rank and file. 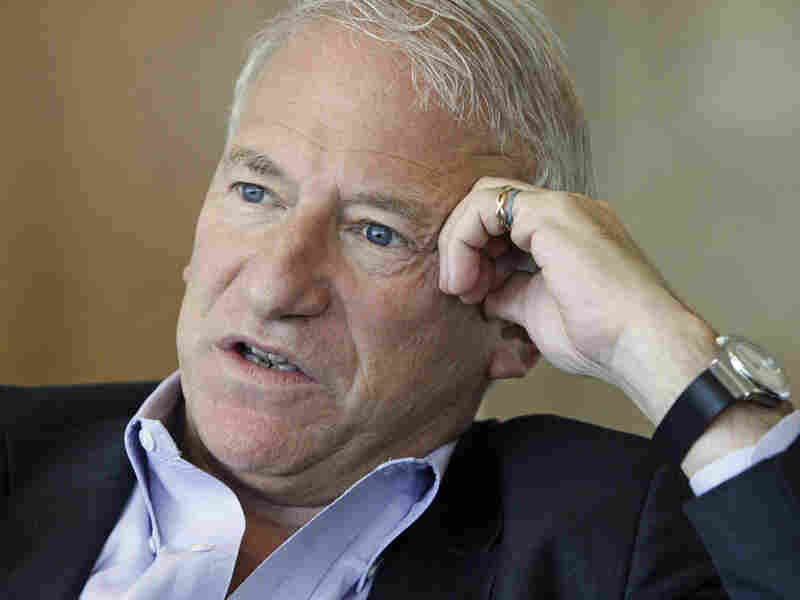 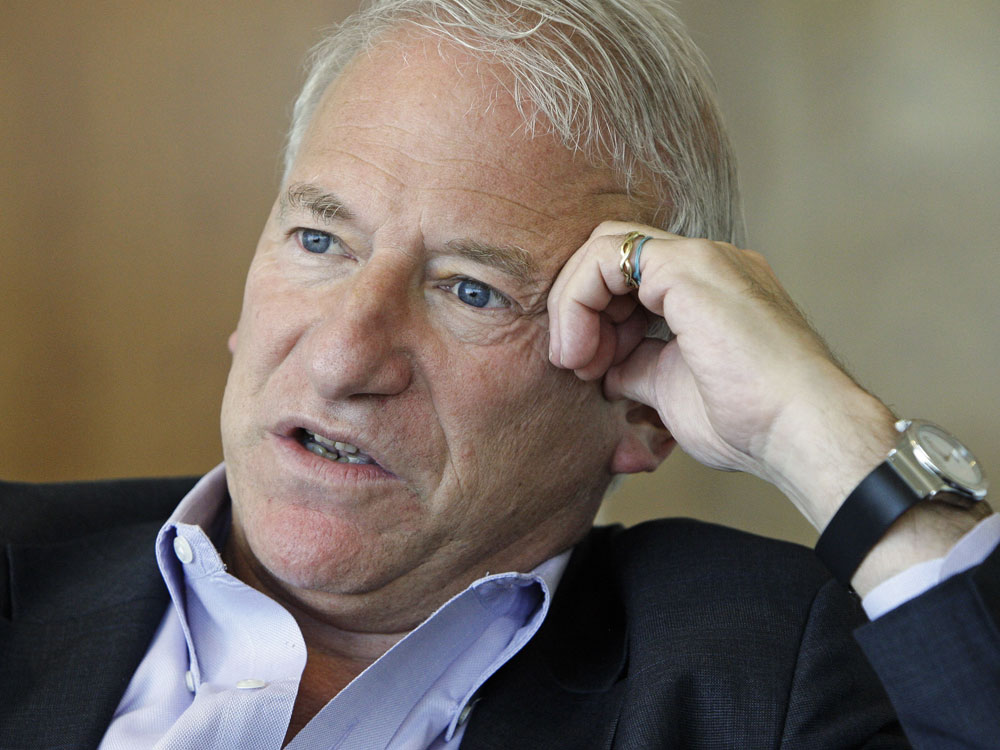 Andy Stern's plan to step down as head of the nation's second-largest union jolted the worlds of labor and politics Tuesday, fueling speculation about why he's leaving the Service Employees International Union -- and who will replace him.

Meanwhile, labor experts have begun assessing the legacy of a charismatic leader who dramatically expanded his union's membership, but at a price too high for a growing number in the movement.

"He's arguably the most important labor leader we've had in a long time: aggressive and controversial," says Philip Dine, an authority on labor issues and author of the recent book State of the Unions. "There are very few Andy Sterns around in terms of creativity, energy and vision."

Andy Stern At A Glance

But he also came with leadership flaws, says Dine and others who have closely followed Stern, 59, during his 14 years at SEIU's helm and before as a young -- and radical -- foot soldier with the union.

Those flaws led to missteps and miscalculations, including what many now see as the SEIU's ill-advised 2005 split with the AFL-CIO, and the organization's increasingly unpopular top-down management style.

And despite mounting criticism about Stern's recent iron-fisted stewardship of the 2.2 million-member SEIU, labor activists and historians say he must be given his due.

Through innovative organizing campaigns, including the very visible "Justice for Janitors" movement, Stern helped bring into the union fold many immigrant workers who had no job protections.

"That was an important and innovative model," Early says, and one emulated by other large unions seeking to expand their membership.

Those home care workers have accounted for the bulk of SEIU's growth under Stern's leadership.

But the road to adding 800,000 new members to SEIU's rolls proved to be peppered with criticism and controversy.

Stern was embroiled in an ugly battle last year with the giant United Health Care West, which wanted to break away from SEIU over management and organizing issues. The California local was placed under trusteeship by SEIU, which also fired 70 of UHC West's executives.

And labor experts say they are still looking for good reason for Stern's decision to break away from the AFL-CIO five years ago and assemble the "Change to Win" coalition of seven unions. (The coalition now numbers five; two organizations have returned to the AFL-CIO fold.)

"It was a big mistake to have broken away, because they really didn't have any new ideas," says Michael Yates, a Stern critic and author of Why Unions Matter.

Others, like Dine, argue that in breaking away, Stern accomplished what corporations had long attempted: the breaking of unity among labor groups.

SEIU's model of growth over the last year or so has shown lots of strains and, in some ways, has begun to unravel like a Ponzi scheme.

"I always have looked at that split as a sophomoric food fight over no really clear issues," Dine says. "It was a split in search of a reason."

At the time, Stern said he wanted to focus on organizing members instead of politics. But then very quickly, SEIU got political, Dine says.

Unrest Among The Rank And File

Stern's legacy will certainly include his efforts to centralize union services, including establishing corporate-style call centers for union members to call for workplace help.

The call centers have become a symbol of Stern's leadership: They might make sense economically for a growing and increasingly disparate membership. But critics argue that the centers have eroded the influence and minimized the concerns of rank-and-file, dues-paying union members.

"Members who are turning over 2 percent of their pay for dues and are looking for workplace help don't like calling call centers," says Early, who for 27 years worked as a national organizer for the Communication Workers of America.

"It weakens the idea in theory and practice of the union as a workplace organization," says Early, who is currently working on a book about labor leaders -- including Stern -- who came out of the protests of the 1960s.

Stern has also been criticized for being too chummy with politicians, and with companies and corporations where workers want to organize. To create new bargaining units, Yates says, Stern has worked out deals with employers to allow workers to organize -- but with strictures they've agreed to outside of bargaining. It was a strategy that encouraged employers to cooperate with unions, but one that ultimately rankled members.

Stern will leave a big-membership union, but one searching for its way during a time when the labor movement is in crisis.

"SEIU's model of growth over the last year or so has shown lots of strains and, in some ways, has begun to unravel like a Ponzi scheme," Early says.

Stern has set about creating a union that is less focused on the workplace and is positioned more as an AARP-type advocacy organization -- not what a union should be, Early says.

And what about the notorious split with the AFL-CIO, led at the time by Stern's mentor, John Sweeney?

With Stern planning to exit the stage, there is fresh talk that efforts by political and labor leaders to re-unite labor in America may have some life yet.