Accessibility links
Excerpt: 'Between the Tides' Set in the South Carolina Lowcountry, Between the Tides tells the story of a woman who must deal with her tragic past. Georgia Public Radio's St. John Flynn calls the novel, "Southern fiction at its best."

Excerpt: 'Between the Tides'

Excerpt: 'Between the Tides' 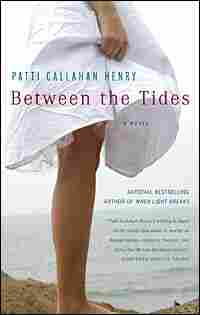 In the Deep South, Tall Tales and Tidal Emotions

Before that summer of my twelfth year, we always jumped from the end of the dock, rather than enter the river from the shore's safe edge. God help us, maybe that was why Sam went in that day. Maybe after watching us so many times, he too jumped when the sunlight fell in sharp edges onto the moss-¬encrusted grass, the tide flowed in, and the day whispered good-¬bye.

His mother's voice ripped through the evening, tearing it in half. "Where's Sam?"

I looked up at Ellie standing at the river's edge, the picnic basket at her feet, the lavender-¬azure rays of a sunset surrounding her like a blessing.

"He's hiding in the hole of that oak tree," I answered, pointed to the fallen tree. "Boyd scared him."

Ellie walked toward the tree and I felt it then: what had haunted me all summer, followed me, wakened me with sweat; what I had labeled expectation or youth or even love now had a name-¬pure, immeasurable fear.

Ellie bent over the tree and called two-year-old Sam's name, and then she stood and screamed his name. She did not turn to me for help. She never fully turned her face or her voice or her all-¬encompassing love toward me again. She screamed Sam's name with a mother's primal terror, which brought her husband, Jim, and my parents running to the river.

I screamed too, but not Sam's name, just a sound of such total animalistic fear that Sam's brother, thirteen-year-old Boyd, clapped his hand over my mouth. "Stop, Cappy. Stop. We'll find him. Let's find him . . . now." Then Boyd hollered Sam's name in a cracked and wounded voice I had never heard from him before. This, and this alone, let me know my fear was alive for a reason, a solid and unequivocal reason-Sam was gone.

The voices overlapped. I couldn't identify which adult spoke each phrase, and I could not, in any way, answer.

"Did you put on his life jacket yet?"

"I was packing the picnic."

"Is he hiding behind the old oak?"

Nothing, no answer. But not silence either, just the clamor of screeching seagulls, arguing blue jays, croaking frogs, peeping cicadas, slapping waves-sounds of nature as harsh against Sam's silence as the mangled screech of metal against metal.

I turned to Boyd, who stared at me with his mouth open, as if unformed words were trapped in the same place as Sam's breath. I looked up to the top of the dead oak tree, to the screeching osprey in her nest; she stared down at me with her yellow eyes, then covered her babies with her wings. I ran sobbing with the violent realization of Sam's death. My childhood was destroyed, never to be repaired, never sewn into a whole piece. It was my fault. Nothing good could ever come to me again.

I knew I looked like a complete fool, standing on the front step of the porch in drawstring pajama bottoms and a tank top, watching Thurman drive away in the gritty light of predawn. My unruly hair fell out of a tangled ponytail while a strap slipped off my shoulder. The taillights of his car moved down the street like two open eyes staring at me, and I hoped, in vain, that I'd see the brake lights, that he'd stop, turn around, and remember it was my birthday, that he'd throw his arms around me and say with a laugh, "Oh, Catherine, how could I have forgotten it was your thirtieth birthday?" I would hug him back, kiss him and run my hand up his neck and through his blond hair before he left again.

But, of course, he didn't return to me; he was late for his trip to Alabama. In our four years together, this was the first time he'd ever forgotten my birthday. I saw this fact as a bad omen even as I told myself it was probably nothing more, or less, than the result of forgetfulness, fatigue, and preoccupation.

I sat and watched the streaks of morning come over the South Carolina mountain peaks in a stretching, yawning awakening. I closed my eyes and grasped like a child for that elusive but palpable sense of possibility I remembered from childhood birthday mornings.

I'd once believed that each new year brought me closer to becoming one of the beautiful and brave characters in the novels piled around my bedroom. This, I would think when I was young, will be the year I'll be as curious as Lucy in Narnia, as courageous as Scout in Mockingbird, or as cunning as Nancy Drew.

In that fateful summer of my twelfth year, however, I discovered that such story-time fantasies were not and never would be mine. No Atticus would rush to my rescue; no clue in the old clock would fix my family; Aslan would not save me from my sin. For some people sudden realizations in life come in one breath of their own, but mine had come in a breath not taken by another.

Now, at thirty, I'd found all I needed in the sweet, real world of Cedar Valley, where I lived-the mountain peaks forming a torn-edged horizon, like a castle's crenellated walls, protecting me within a bowl of neatly laid out streets lined with well-established homes and mature trees. I never climbed to the top of the surrounding hills to enjoy the distant vistas other people talked about after hiking up the mountainsides. I was content in my leafy bower.

I hadn't left Cedar Valley-except for family vacations to Disney World or the Florida beaches to visit Dad's parents in Sarasota-since I'd moved here eighteen years ago. Even those few times I had traveled with my parents, I didn't feel completely right until we returned. Away from home, it seemed as though every encounter and experience held more import, more chance for pain, than it did when I was inside my safe valley home.

I sat on my front steps, breathed in the green-rich air of another year and thought how I might spend that particular birthday. My boyfriend, Thurman, the head basketball coach for Southern University, was off on a recruiting trip, but right then I missed Dad more than Thurman.

Dad, a man of books who lived, moved, and had his being in the themes and metaphors of novels, who believed that all of life was a story, had been gone for nine months. Just thinking about him with a book in one hand and a huge grin on his white-bearded face made me smile.

He had been the English department chair, and taught one freshman class on Southern literature. He'd passed away from a heart attack while teaching his class the literary nuances of Faulkner's The Sound and the Fury. In the middle of his attempt to make the students understand that Faulkner's words conveyed many meanings, he grabbed his chest. His students thought he was acting, being dramatic about an asinine comment just made by a boy in the back row. Even when he fell to the floor, they were still laughing. I was certain this was exactly, and I mean exactly, how Daddy would've wanted to go: teaching, laughing, standing in front of the classroom wearing his tweed jacket with the patches on the elbows, holding a piece of chalk in one hand, a book in the other, his junior professor, Forrest Anderson, at his side.

Soon I discovered I was wrong about this, and then that I was wrong about so many other things too. But at that moment, the thought of him dying in his element, with the man he'd mentored for ten years, was a comfort to me.

After Dad was gone, I discovered that as an only child I inherited his house in this valley of South Carolina, in which I now lived, and all his earthly belongings, including our beloved dog, Murphy. I was also heir to his last request, handwritten in a letter attached to his will: to scatter his ashes in the Seaboro River. I had still not completed this task. There I sat, on my birthday, and thought, with stomach-turning regret, how I had not fulfilled his last request of me. Yet since I was a child and we lived on the shores of the South Carolina Lowcountry, he had always been the one to make my birthday special: a pink ribbon on the magnolia tree in the front yard, a cake with so much icing you couldn't find the cake inside, a present hidden in boxes inside boxes until I found the small gift at the bottom. Even when Mother was alive, she believed that this sort of indulgence spoiled a child. Of course she did, but she tolerated it for Dad's sake.

I hadn't scattered Dad's ashes not because I didn't love him and respect his wishes, but because I couldn't imagine returning to the place I still mourned, a place where my childhood lived as its own entity without my permission, and more important, a place I had forced my family to leave. I didn't know why Dad would want to send me back there.

I rubbed my eyes, stood, and stretched to face another day at the Athletic Office at Southern University, where I worked in the media-relations department. "Happy birthday to me," I said to the ripening chestnut tree in the front yard, not yet knowing that the gifts I would receive that day would make me agree to return, reluctantly and to protect sacred secrets, to the grief-breathing place of childhood, to the Seaboro River. 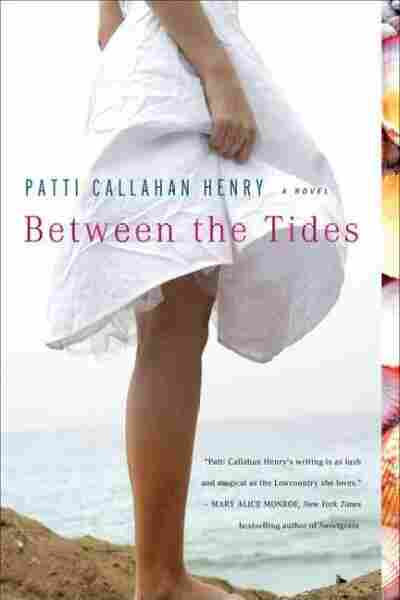