Accessibility links
Cluster Of Strong Quakes: Coincidence Or Trend? The latest quake in China is one of a series of strong tremors that have made headlines around the globe since Haiti was shaken in January. But scientists say there isn't any evidence that the quakes are connected or stronger than usual. It's just unfortunate that the quakes have been hitting close to human population centers. 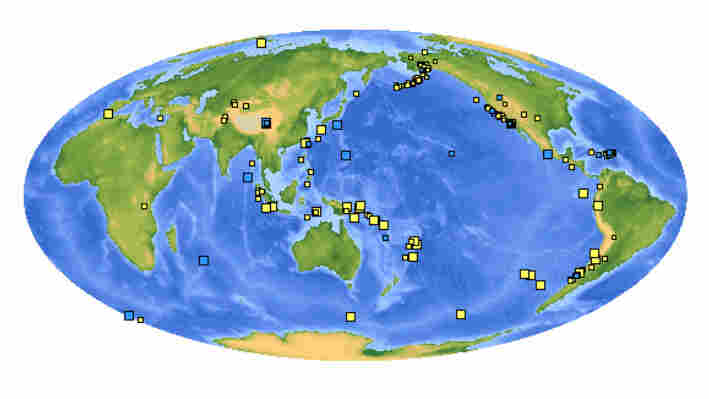 This week's earthquake in rural China has once again brought to the forefront scenes of devastation and rising numbers of fatalities. Hardly a month goes by this year without news of a devastating quake in some part of the world. It might seem as though earthquakes are increasing in frequency or strength compared with past years, but scientists say that isn't the case. 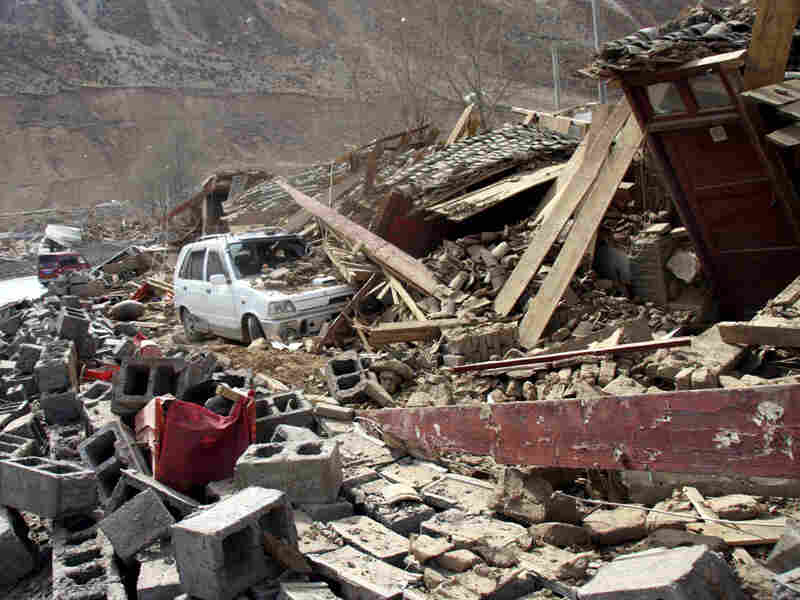 Every year, there are on average 130 earthquakes in the magnitude 6 range, which can cause significant harm if they strike populated areas. A car is buried under the rubble Wednesday after an earthquake in Yushu county in southwest China's Qinghai province. Ren Xiaogang/AP hide caption 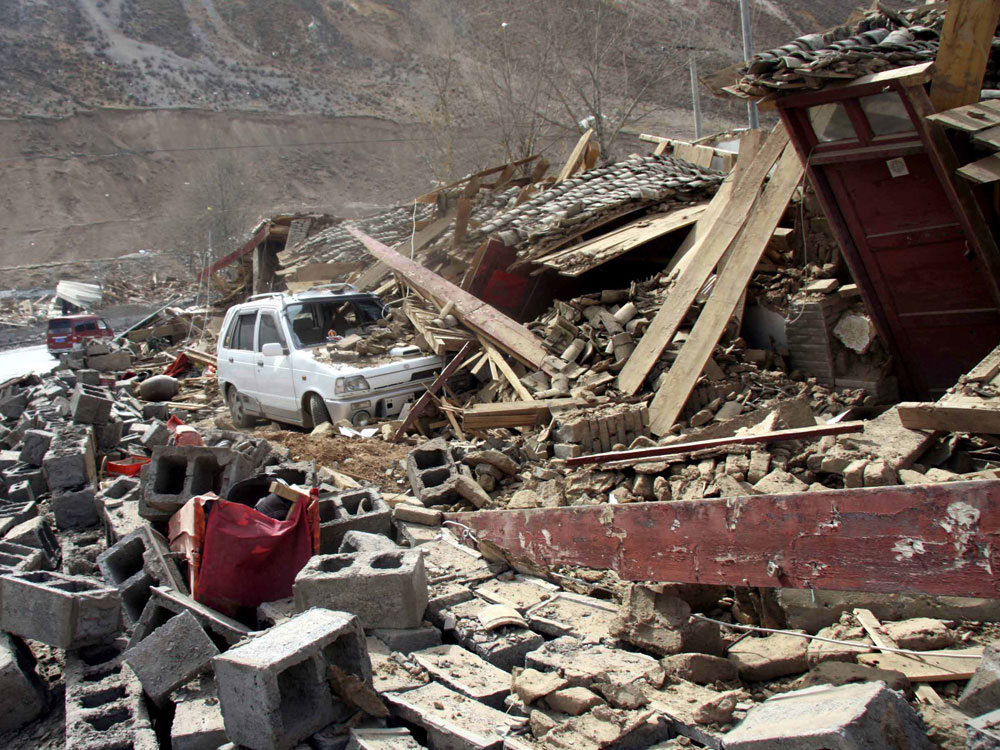 Every year, there are on average 130 earthquakes in the magnitude 6 range, which can cause significant harm if they strike populated areas. A car is buried under the rubble Wednesday after an earthquake in Yushu county in southwest China's Qinghai province.

The magnitude 6.9 quake Wednesday hit southwest China's Qinghai province, in a sparsely populated, mountainous area. Nearly 600 people were killed and thousands were injured or missing. While it marks yet another high-profile, destructive quake this year, scientists say these quakes aren't above average in strength or frequency. Unfortunately, they just seem to be striking more populated areas.

Scientists have analyzed this year's high-magnitude earthquakes -- in Haiti, Chile, Mexico, Indonesia and elsewhere -- looking for any unusual patterns. So far, they've found none.

"We've had six [magnitude 7 earthquakes] this year, and that's within the range of variation we expect," says Andrew Michael, a researcher with the U.S. Geological Survey in Menlo Park, Calif.

Earthquakes are actually pretty common; the USGS estimates that several million quakes strike the Earth each year. But many go undetected because they hit remote areas or have very small magnitudes. It's the ones that hit more populated areas -- like many of this year's big quakes -- that get lots of attention. But even those aren't uncommon.

On average, there are 17 magnitude 7 quakes around the world each year, and an additional 130 in the magnitude 6 range. That would be one quake every 2 1/2 days if they fell evenly spread on the calendar. So while this year's spate of seismic activity actually isn't out of the ordinary, the USGS researcher in California analyzed the data, running various models comparing this year's high-magnitude quakes with the previous 100 years.

"It's definitely more than most four-month periods, but things are not always exactly at the average," Michael says. "This is within what we expect variations to be from random models of earthquake occurrence."

And what's happened so far this year is no indicator of what's to come, he says. "It doesn't tell us more about the future any more than [the idea that] if someone wins the lottery, you should go to the same store and buy a ticket there."

What might be easier to predict these days is which areas are most at risk of devastation if -- or when -- an earthquake does strike.

"What really worries seismologists is that the rapid urbanization of a lot of the world is clustering people together in poorly constructed buildings," Michael says. "There are a lot of improvised buildings being built, not engineered, creating a very vulnerable situation."

That's evident in early reports from the scene of Wednesday's quake in China: In Yushu town, for example, 85 percent of the buildings -- many made of mud and wood -- reportedly had collapsed.