Accessibility links
Should Personal Texts From Work Devices Be Private? How much privacy an employee can expect when using a work-issued pager is at the core of a case the Supreme Court will hear Monday. A police officer's sexually explicit text messages brought a reprimand, despite assurances that personal messages would remain private. 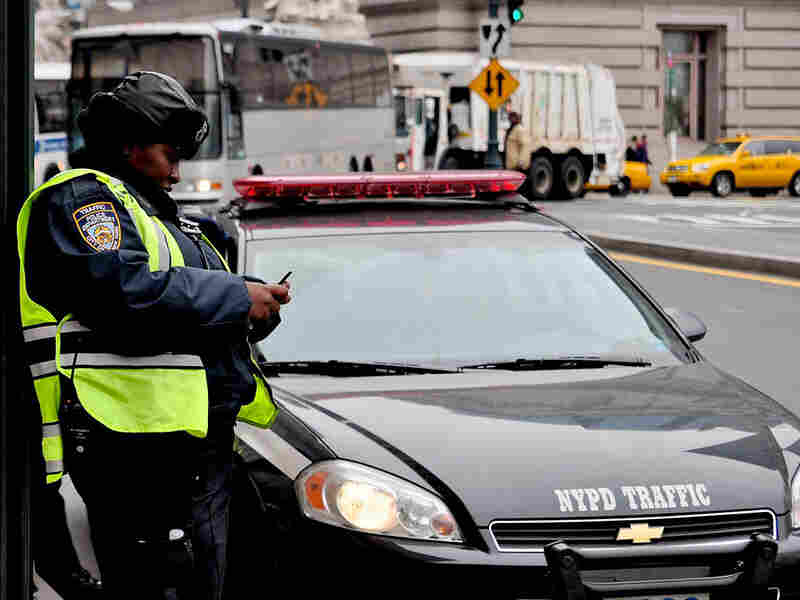 The Supreme Court's decision in the Quon case is likely to have wide repercussions. School districts and other agencies — like the New York Police Department — will most likely ensure that their rules on texts and e-mails conform with the high court's ruling. adamlerner@flickr hide caption 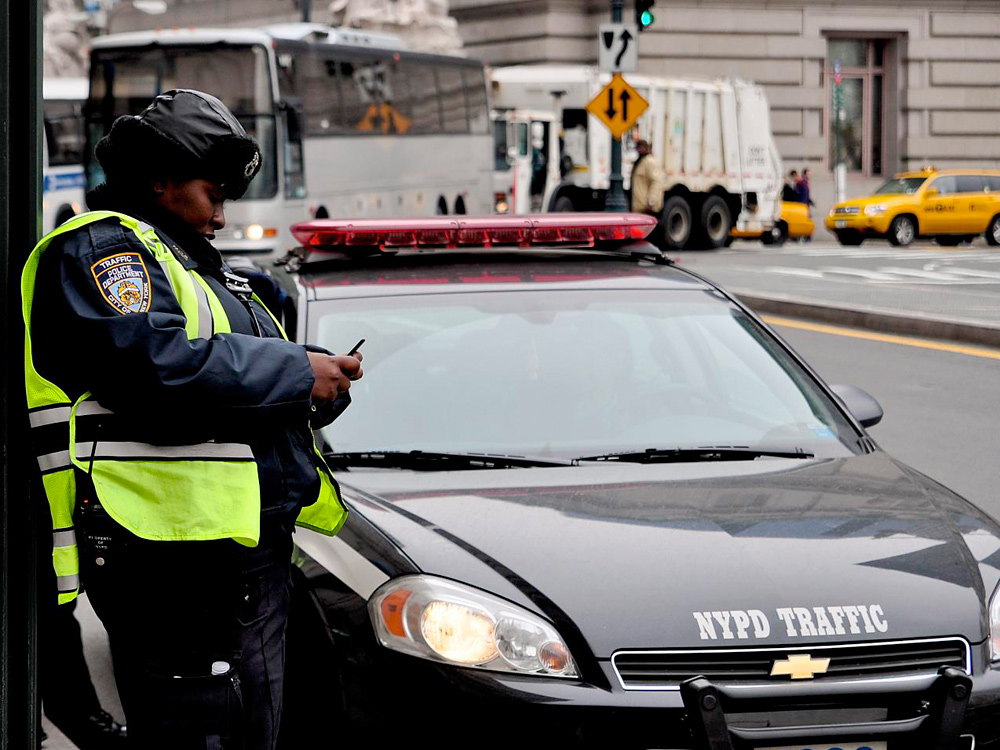 The Supreme Court's decision in the Quon case is likely to have wide repercussions. School districts and other agencies — like the New York Police Department — will most likely ensure that their rules on texts and e-mails conform with the high court's ruling.

Next week the U.S. Supreme Court takes up a question near and dear to digitally proficient texters: whether their personal messages are private when transmitted over an electronic device supplied by an employer.

The basic facts of City of Ontario v. Quon are not in dispute. When the Ontario, Calif., police department issued pagers to its SWAT team, the lieutenant in charge first told team members that the pagers would be covered like computer e-mail -- in short, that there was a no-privacy rule.

But the lieutenant later told his subordinates that as long as they paid for any personal messages beyond the 25,000-character limit per month, the department would consider the messages private and would not review them.

After a few months though, the lieutenant got tired of being what he called "a bill collector," and the police chief decided the department should review the messages of the highest users to see if the job required freer message capacity.

The department then asked the pager service to provide transcripts, and a review showed that the biggest texter, Sgt. Jeff Quon, had exchanged hundreds of sexually explicit messages with his estranged wife, his girlfriend and a fellow SWAT officer.

Quon paid for those messages, but he was subsequently reprimanded for using the pager for personal purposes on the job, and for using obscene language on the pager -- a violation of department rules.

After that, Quon and three people with whom he had exchanged e-mails sued the department for violating their privacy.

A federal appeals court ruled that the department had violated the texters' reasonable expectation of privacy because a supervisor had led the officers to believe that they could use their pagers privately, for personal use.

A federal appeals court ruled that the department had violated the texters' reasonable expectation of privacy.

The police department appealed to the Supreme Court, which will hear arguments in the case next week.

The eventual decision could have huge repercussions -- it is the first case testing privacy rights in the Internet age. And while this particular case involves text messages, its reasoning is likely to apply to e-mail, Facebook messages, maybe even surfing the Web.

The constitutional nub of the case is the Fourth Amendment ban on unreasonable searches, and whether this sort of text monitoring violates the privacy rights of government employees.

Much broader is this question: What about the privacy rights of people with whom the texter is communicating? Here, for example, one of the people Quon was texting did not work for the Ontario police department.

"Does the government violate your rights when they take those messages off the server, even though you're not the government employee?" asks George Washington University law professor Orin Kerr. "And what does that mean for the rest of us, who do have privacy rights, when the government wants to get copies of those communications?"

Dieter Dammeier, who represents the texters, argues that without an explicit policy that covered pagers -- which the police department did not have -- this kind of monitoring is unreasonable.

"They were led to believe by the lieutenant that, as long as they paid the overages, then nobody would be looking at their private conversations," Dammeier says.

And he notes that there were less intrusive ways for the department to fulfill its avowed mission. All the chief had to do, contends Dammeier, was to ask officers to cooperate in detailing how many messages were for personal use and how many were for department use.

Rebutting that argument, the police department's lawyer, Kent Richland, contends that anyone communicating via police department equipment -- whether sending out messages, receiving messages or sending back messages -- should assume that nothing is private.

Richland points out that in both civil and criminal litigation involving police departments, lawyers will typically ask for all communications that took place over a period of time.

But while police departments may portray themselves as special, so too do other government agencies. The National School Boards Association, for instance, has filed a brief contending that it would be dangerous if school officials could not monitor text messages between teachers and students.

And however the Supreme Court rules in this case, it is likely that private employers will take cues from the decision, too.

So just how many of the justices can actually send text messages themselves? "That's a very good question," Richland admits, with a laugh. "I honestly don't know the answer to that."

Indeed, after he argues his case, the memento that he will receive from the court commemorating the occasion will be what it always is for lawyers who argue before the high court: a quill pen.