Accessibility links
Poet Robert Hass: An Elegy For His Younger Brother The former poet laureate reflects on his brother's passing in the new poem "August Notebook: A Death." The elegy is included in Hass' new collection, The Apple Trees at Olema, which includes material from his first five works — as well as new poems on the art of storytelling and personal relations in a violent world. 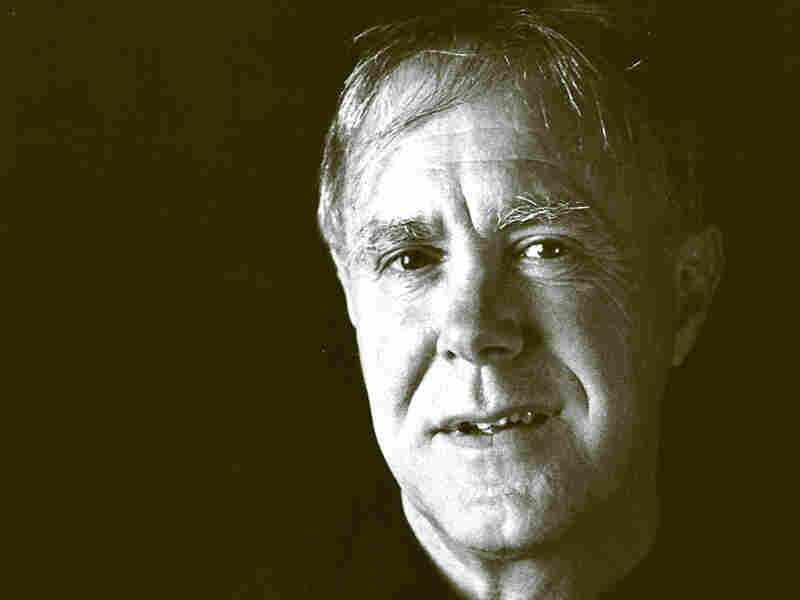 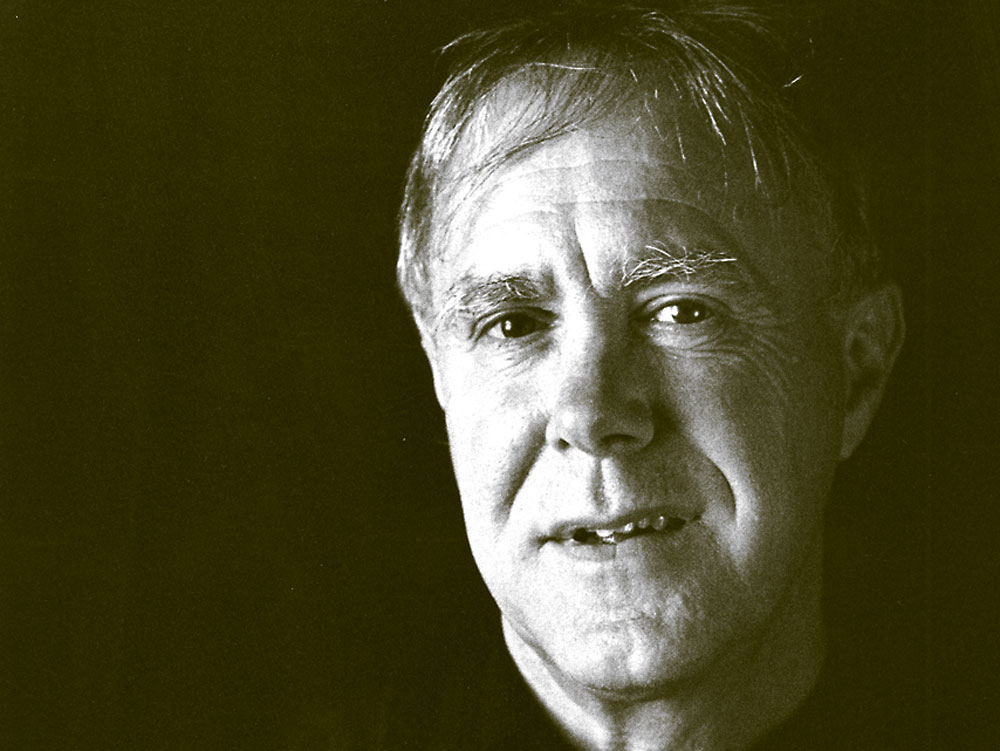 Robert Hass teaches English at the University of California at Berkeley.

Robert Hass says he didn't sit down to write a poem about the unexpected death of his younger brother.

"I just, you know, do what poets do [which] is sit down in the morning and write," he said. "I just kind of wrote my way through what came to me."

What came to Hass, the former poet laureate of the United States, was a mournful elegy, "August Notebook: A Death." The poem, which starts off with a series of typos purposefully making it hard to read, is included in Hass' new collection, The Apple Trees at Olema.

Hass is no stranger to the personal poetic narrative, but he had to take a slightly different approach when writing about his brother, who had cerebral palsy and occasionally lived on the street. 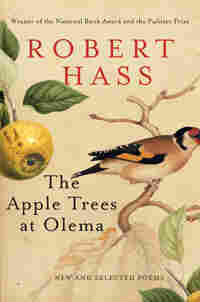 "To get some of the texture of my brother's life required me to write in a different way," he tells Fresh Air host Terry Gross. "I was saying to myself at the time, 'God, this is very prose-y material.' But of course you can't [write] this if you don't go there."

Excerpt: 'The Apple Trees at Olema'

I woke up thinking abouy my brothr's body.
that q That was my first bit of early morning typing
so the first dignity, it turns out, is to get the spelling right.

I woke up thinking about my brother's body
Apparently it's at the medical examiner's morgue.
I found myself wondering whether he was naked

yet and whose job it was to take clothes off
and when they did it. It seemed unnecessary
to undress his body until they performed the exam

and that is going to happen later this morning
and so I found myself hoping that he was dressed
still, though smell may be an issue, or hygiene.

When the police do a forced entry for the purpose
of a welfare check and the deceased person is alone,
the body goes to the medical examiner's morgue

in the section for those deaths in which no evidence
of foul play is involved, so the examination
for cause of death is fairly routine. Two policemen,

for some reason I imagine they were young,
found my brother. His body was in the bed
which was a mattress on the floor. He was lying

on his back, according to Angela, my brother's friend,
who lives nearby and has her own troubles
and always introduced herself as my brother's

personal assistant, and he seemed peaceful.
There would have been nothing in the room
but the mattress and a microwave, an ashtray,

I suppose, cartons and food wrappers he hadn't
thrown away and the little plastic subscription
bottles that he referred to as his 'scrips.

They must have called the ME's ambulance
and that was probably a team of three.
When I woke, I visualized this narrative

and thought it would be shorter. I thought
that what would represent my feelings
would be the absence of metaphor.

But then, at the third line, I discovered
the three line stanza and that it was
going to be the second dignity. So

I imagine he is in one of those aluminium
cubicles I've seen in the movies,
dressed or not. I also imagine that,

if they undressed him, and perhaps washed
his body or gave it an alcohol rub
to disinfect it, that that was the job

of some emigrant from a hot, poor country.
Anyway, he is dressed in this stanza,
which mimics the terza rima of Dante's comedy

and is a form that Wallace Stevens liked
to use, and also my dear friend Robert.
And "seemed peaceful" is a kind of metaphor.

Because I woke again thinking of my brother's body
and why anyone would care in some future
that poetry addresses how a body is transferred
from the medical examiner's office,
which is organized by local government
and issues a certificate establishing that the person
in question is in fact dead and names the cause
or causes, to the mortuary or cremation society,
most of which are privately owned businesse
and run for profit and until recently tended
to be family businesses with skills and decorums
passed from father to son, and often quite ethnically
specific, in a country like ours made from crossers
of borders, as if, in the intimacy of death,
some tribal shame or squeamishness or sense
of propriety asserted itself so that the Irish
buried the Irish and the Italians the Italians.
In the south in the early years of the last century
it was the one business in which a black person
could grow wealthy and pass on a trade
and a modicum of independence to his children.
I know this because Judith wrote a piece about it
for which she interviewed fourth-generation
African-American morticians in Oakland
whose grandfathers and great-grandfathers
had buried the dead in cotton towns on the Delta
or along the Brazos River in Texas, passing on
to their children who had gone west an order
of doing things and symbolic forms of courtesy
for the bereaved and sequences of behavior
at wakes and funerals, so that, for example,
the eldest woman in the maternal line
entered the chapel first, and what prayers
were said in what order. During Prohibition
they even sold the white lightning to the men
who were allowed to slip outside and take a nip
and talk about the dead while the cries
and gospel-song-voiced contralto moans
of grief that could sound like curious elation
rose inside. Also the rules for burial or burning.
Griefs and rituals and inside them cosmologies.
And I thought of Mississippi John Hurt's
great song about Louis Collins and its terrible
tenderness which can't be reproduced here
because so much of it is in the picking
of the six-string guitar and in his sweet,
reedy old man's voice: "And when they heard
that Louis was dead,
Angels laid him away.
They laid him six feet under the clay.
Angels laid him away."

The ones who don't take the old white horse
take the morning train.

When you go down
into the city of the dead
with its whitewashed walls and winding alleys
and avenues of autumnal lindens and the heavy bells
tolling by the sea, crowds
appear in all directions,
having left their benches and tiered plazas,
laying aside their occupations of reverie
and gossip and the memory of breathing --
at least in the most reliable stories,
which are the ones the poets tell --
to hear what scraps of news they can
from this world where the air is thin
at high altitudes and smells of pine
and of almost perfect density in the valleys
where trees on summer afternoons sometimes
throw violet shadows across sidewalks.
Only the arborist in the park never stirs
for the new arrivals; he is not incurious,
but he has his work. It is he who decides
which limbs get lopped off
in the city of the dead.

The ones who don't take the old white horse
take the evening train.

Today his body is consigned to the flames
and I begin to understand why people
would want to carry a body to the river's edge
and build a platform of wood and burn it
in the wind and scatter the ashes in the river.
As if to say, take him, fire, take him, air,
and, river, take him. Downstream. Downstream.
Watch the ashes disappear in the fast water
or, in a small flaring of anger, turn away, walk back
toward the markets and the hum of life, not quite
saying to yourself There, the hell with it, it's done.
I said to him once, when he'd gotten into some scrape
or other, "You know, you have the impulse control
of a ferret." And he said, "Yeah? I don't know
what a ferret is, but I get greedy. I don't mean to,
but I get greedy." An old grubber's beard, going gray,
a wheelchair, sweats, a street person's baseball cap.
"I've been thinking about Billie Holiday, you know
if she were around now, she'd be nothing. You know
what I mean? Hip-hop? Never. She had to be born
at a time when they were writing the kind of songs
and people were listening to the kind of songs
she was great at singing." And I would say,
"You just got evicted from your apartment,
you can't walk and you have no money, so
I don't want to talk to you about Billie Holiday
right now, okay." And he would say, "You know,
I'm like Mom. I mean, she really had a genius
for denial, don't you think? And the thing is,
you know, she was a pretty happy person."
And I would say, "She was not a happy person.
She was panicky, crippled by guilt at her drinking,
and she was evasive to herself about herself,
and so she couldn't actually connect with anybody,
and her only defense was to be chronically cheerful."
And he would say, "Worse things than cheerful."
Well, I am through with those arguments,
except in my head, and not through, I see, with the habit --
I thought this poem would end downriver downriver --
of worrying about where you are and how you're doing. 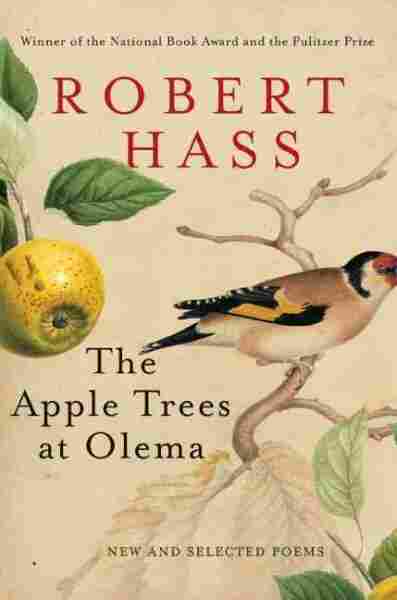 The Apple Trees at Olema