Accessibility links
TV's 'The Wire' Gets New Life In College Classrooms The series has ended on HBO, but it's still being studied from Berkeley, Calif., to Middlebury, Vt. Among the forested New England hills, students explore inner-city drug culture by mainlining 60 hours of The Wire. 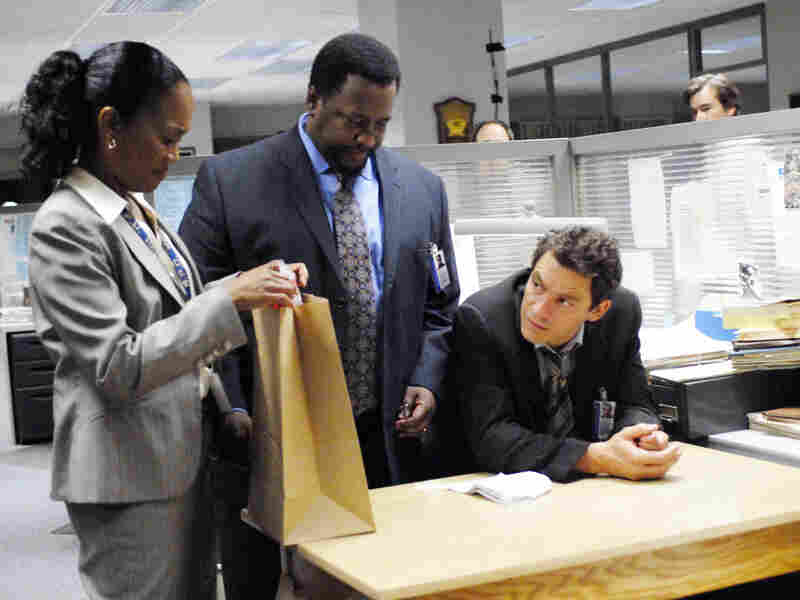 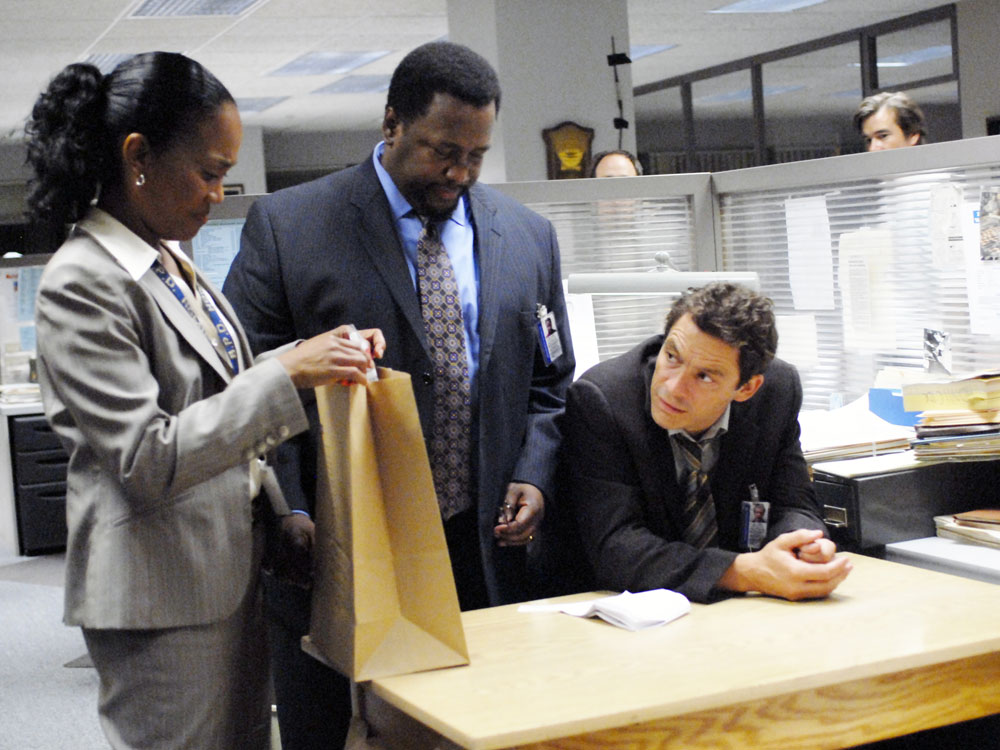 It's been two years since HBO aired the final episode of The Wire. Critics praised the TV show for its realistic portrayal of drug culture and its far-reaching influence.

But now a handful of colleges across the country -- including Harvard, Duke and the University of California, Berkeley -- offer courses built around the show.

Jason Mittell teaches one of those classes, "Watching The Wire: Urban America in Serial Television," at Middlebury College in Vermont. He's an associate American studies professor, and he thinks the show's creator, David Simon, tapped into a crucial American subculture.

Simon is exploring another subculture, post-Katrina New Orleans, in his latest series, Treme, which just debuted on HBO.

A Window Into Another World

In the pastoral New England setting of their classroom, students in Mittell's class immerse themselves in 60 hours of Baltimore's gritty underside.

Senior Ben Meader watches with his notebook open and pen poised. He's a geography major who had never seen an episode of the show but decided to add it to his final semester schedule.

"Film and media and television, they have to be regarded as important as literature in how we understand our own culture," says Meader. "I could watch the show on my own and be like, 'Oh, OK, this is an interesting show.' But in order to kind of understand why it was made, when it was made, and how it was made, is something that is really complex and something worth studying."

Film and media and television, they have to be regarded as important as literature in how we understand our own culture.

Students delve into the social issues raised by The Wire, from the repercussions of legalizing drugs to the impact of lost manufacturing jobs. And they are required to blog about their observations after every episode.

Mittell is a passionate film and TV watcher.

"I think most people look at television as escapist, as lowbrow, as consumerist and not something worth in-depth study," he says.

To outsiders, a class dedicated to a TV show might also look like an easy A. But Mittell tells skeptics to imagine a class devoted to Shakespeare or Dickens. Students read the texts, but they also try to understand the culture.

In one episode the students watched, smooth politician Tommy Carcetti has just won Baltimore's Democratic primary for mayor. And not all the students are happy with his election.

"You have to make choices, and The Wire is nothing if not a constant reminder that you always have to choose between multiple evils, and there's no simple, clear way to do it," Mittell says.

Inner-city Baltimore has little in common with the world most Middlebury students grew up in. The private school charges nearly $52,000 a year in tuition, room and board. And students such as Tahirah Foy are starkly aware of the distinction.

"I guess we also need to keep in the back of our minds that this is a story," she says. "This is fiction. I doubt that we are all prepared to go to the inner city of Baltimore and chill on a corner because we watched The Wire."

And her teacher, Mittell, argues that The Wire deserves study just like the work of Dickens and Hitchcock -- which, after all, were a part of the popular culture of their day.