Accessibility links
Distrusting Government: As American As Apple Pie American trust in their government is low, but that's nothing new. The roots of government distrust run deep: After all, the U.S. government was formed in revolt against the all-powerful British monarch. 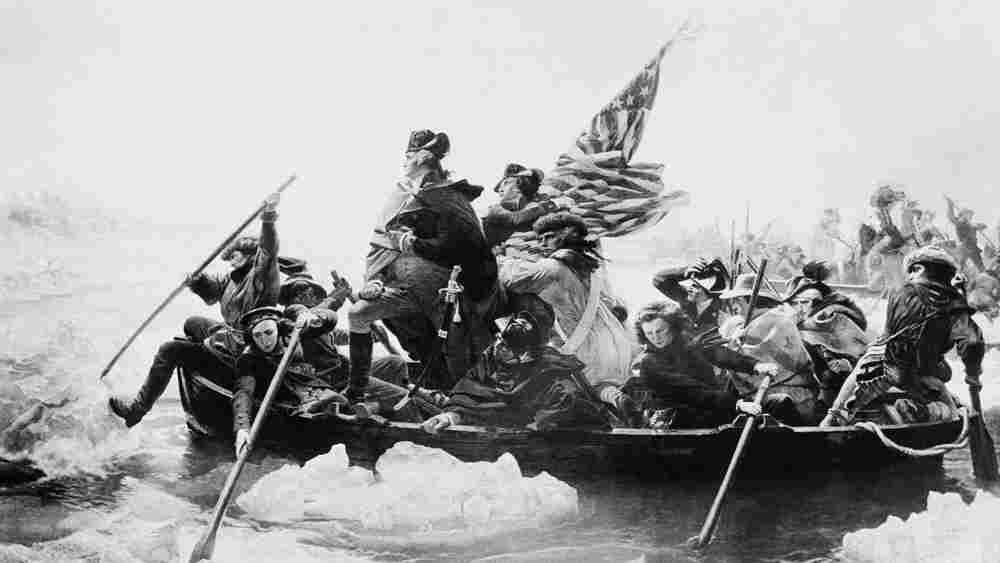 George Washington leads his troops across the Delaware River in 1776 during the Revolutionary War in this painting by Emanuel Leutze. AP hide caption 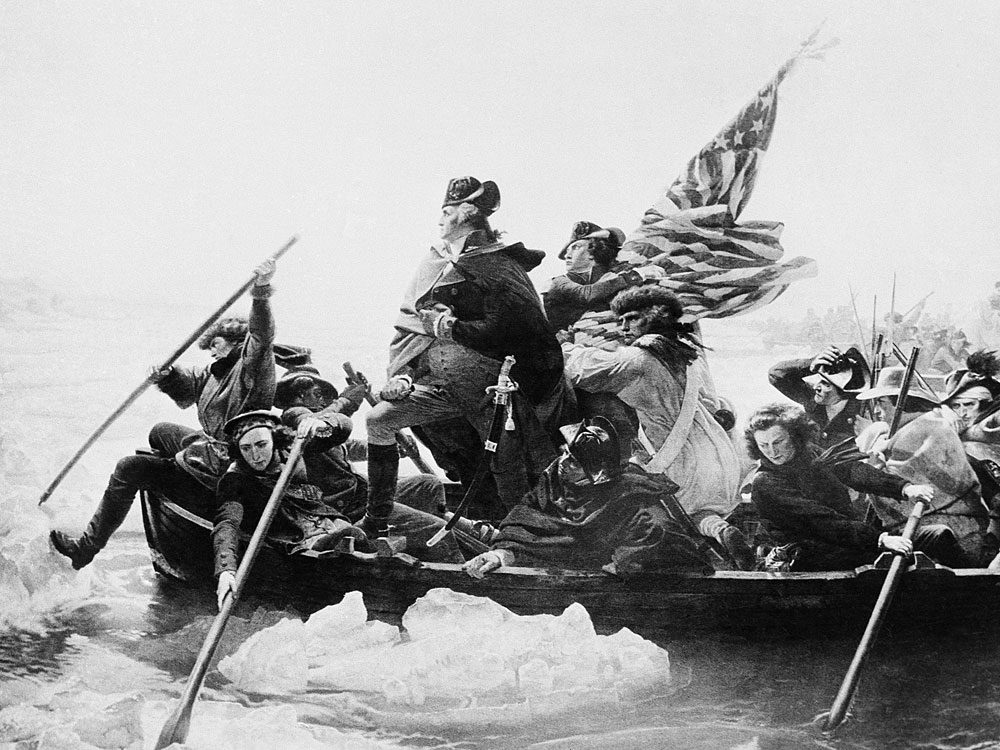 George Washington leads his troops across the Delaware River in 1776 during the Revolutionary War in this painting by Emanuel Leutze.

While a new Pew/NPR survey on trust in government shows intense hostility toward Washington, a study of history shows that the roots of government distrust stretch far back into America's past.

"When you think about the beginning of the country, it was all about throwing off the shackles of the English monarchy," says Vanderbilt University political science professor Marc Hetherington, who wrote the book Why Trust Matters: Declining Political Trust and the Demise of American Liberalism.

"We set up institutions that were designed to cut down on people imposing their will on ordinary folks," he adds. "Given those circumstances, it's not surprising that we've had a legacy of distrust or mistrust of government ever since the beginning."

It is tempting to think of Glenn Beck's populist anti-government monologues as a unique expression of this particular moment in America. Beck recently told his Fox News audience: "I don't believe in the promise of government. Have they fixed the economy today?"

But while Beck has about 2 million viewers a night, radio preacher the Rev. Charles Coughlin had an estimated 30 million radio listeners when, in the 1930s, he shouted, "They're not even Americans, these so-called Democrats and Republicans!"

We set up institutions that were designed to cut down on people imposing their will on ordinary folks. Given those circumstances, it's not surprising that we've had a legacy of distrust or mistrust of government ever since the beginning.

The theme of American distrust stretches even further back than that. In the opening line of the first of the Federalist Papers, Alexander Hamilton refers to "an unequivocal experience of the inefficiency of the subsisting federal government."

"Americans do have a historic suspicion of government tyranny," says University of Virginia historian Philip Zelikow, who co-edited the book Why People Don't Trust Government. "They keep reinventing for each generation what they mean by that term, because it's not as if these historic traditions are passed down in the biological DNA or in the air we breathe."

The federal government has completely transformed since the country's founding. So, Zelikow argues, it is impossible to draw a straight line from the Federalist Papers to a present-day phenomenon, like the Tea Party movement.

In the 1800s, the government was too small to regulate the economy or national health care. People in the 19th century didn't expect the government to give everyone a free education.

"And so as the expectations have gone up for government -- really very much in the last 50 to 70 years -- government performance naturally often seems to fall short," Zelikow says.

Timeline: A History Of Discontent 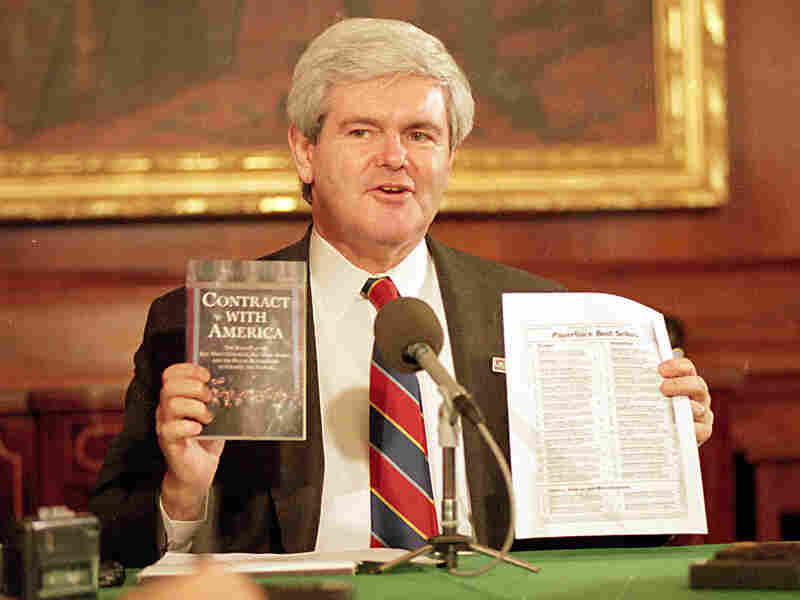 One relatively consistent trend in polls is that citizens trust politicians who are close to the people, while they distrust far-off elite cabals.

That explains why, for decades, political candidates have run for office against Washington and all it stands for. During the 2008 presidential campaign, Barack Obama often told audiences, "I haven't spent a lot of time learning the ways of Washington," and former Alaska Gov. Sarah Palin tells crowds, "It's so obvious that I'm a Washington outsider."

When trust in government is high, those in power can pass sweeping initiatives, like President Johnson's Great Society program. But Joseph Nye, a professor at Harvard University's Kennedy School of Government, argues that distrust can be valuable, too.

"It's important in a democracy for people to say, 'Well, yeah, I want to keep an eye on you,' " says Nye, who edited Why People Don't Trust Government with Zelikow. "If you have complete trust and it's not warranted, then people in power can get away with all sorts of things."

Trust in government was very high when President Johnson said he was withdrawing from Vietnam while he was, in fact, escalating. And trust was high leading up to Watergate.

Trust And The Economy

Nye also cautions that Americans' behavior reflects a higher level of trust in government than their responses to polls suggest.

"Look at the IRS statistics on whether people are cheating on their taxes: That hasn't changed. Look at filling out census forms: That hasn't declined significantly. Look at something like voting behavior, which goes up and down" with no correlation to poll numbers reflecting trust in government, says Nye. So Americans may actually have more confidence in government institutions than they are willing to admit to pollsters.

The measure that most strongly correlates with polls charting Americans' trust in government is the state of the country's economy, according to Eric Uslaner, a professor of government and politics at the University of Maryland, College Park.

So if government officials want to regain the public's trust, they might listen to advice from another past president whose campaign slogan famously was, "It's the economy, stupid."