Accessibility links
The Lyrics And Legacy Of Stephen Foster If you've ever hummed "Camptown Races" or "Oh! Susanna," then you're familiar with 19th century songwriter Stephen Foster. But the lyrics in Foster's songs often contained condescending racial ideas. Music historian Ken Emerson, the author of a Foster biography, has annotated many of the songwriter's lyrics in a new book, Stephen Foster & Co. 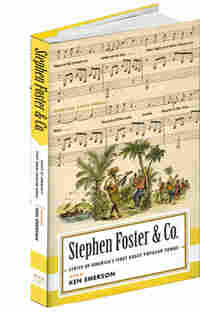 Known as the "father of American music," Stephen Foster made his living by selling his sheet music in the days before records and radio. During his career, Foster penned over 200 tunes, including the lyrics for "Oh! Susanna," "Jeanie with the Light Brown Hair," "Camptown Races" and "My Old Kentucky Home."

But many of Foster's musical lyrics often contained hateful racial ideas. Some of Foster's songs, like the ones written in black dialect to be performed in black face, are "a source of racial embarrassment and infuriation," says Ken Emerson.

Emerson, a music historian, is the author of a Foster biography, Doo-dah!: Stephen Foster And The Rise Of American Popular Culture. He also edited a new compilation of lyrics penned by Foster and his contemporaries, entitled Stephen Foster & Co.

In a 1997 interview with Terry Gross, Emerson explained Foster's importance to the history of popular song and also why his songs continue to resonate more than 150 years after he wrote them.

"I think that Stephen Foster really did create popular music as we still recognize it today, and he did it because he took together all these strands of the American experience," Emerson said. "And he consciously or -- it was hard to talk about the degree of consciousness -- but he clearly, effectively merged [other ethnic genres] into a single music. And I think he merged them in a way that appeals to the multicultural mongrel experience of America in its history and culture." 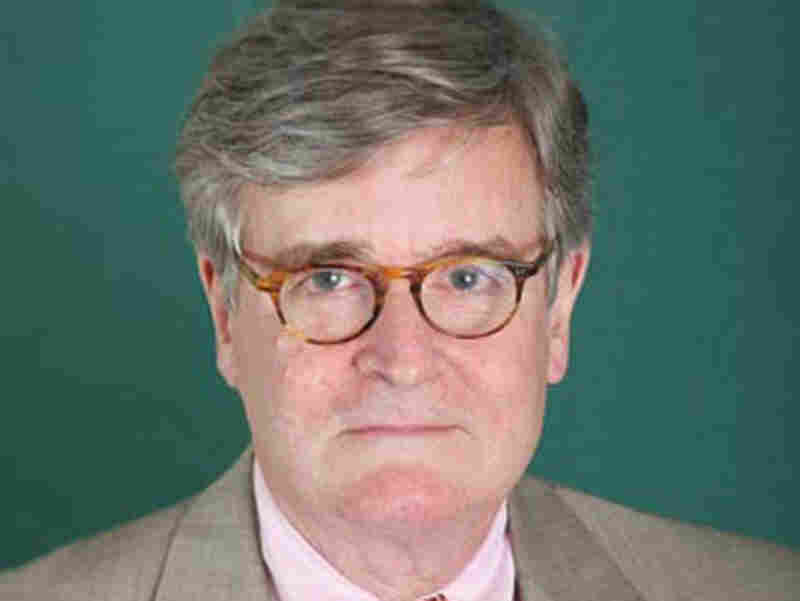 Ken Emerson writes about intersection of music and culture. He also the author of Always Magic in the Air: The Bomp and Brilliance of the Brill Building Era. Courtesy Ken Emerson hide caption 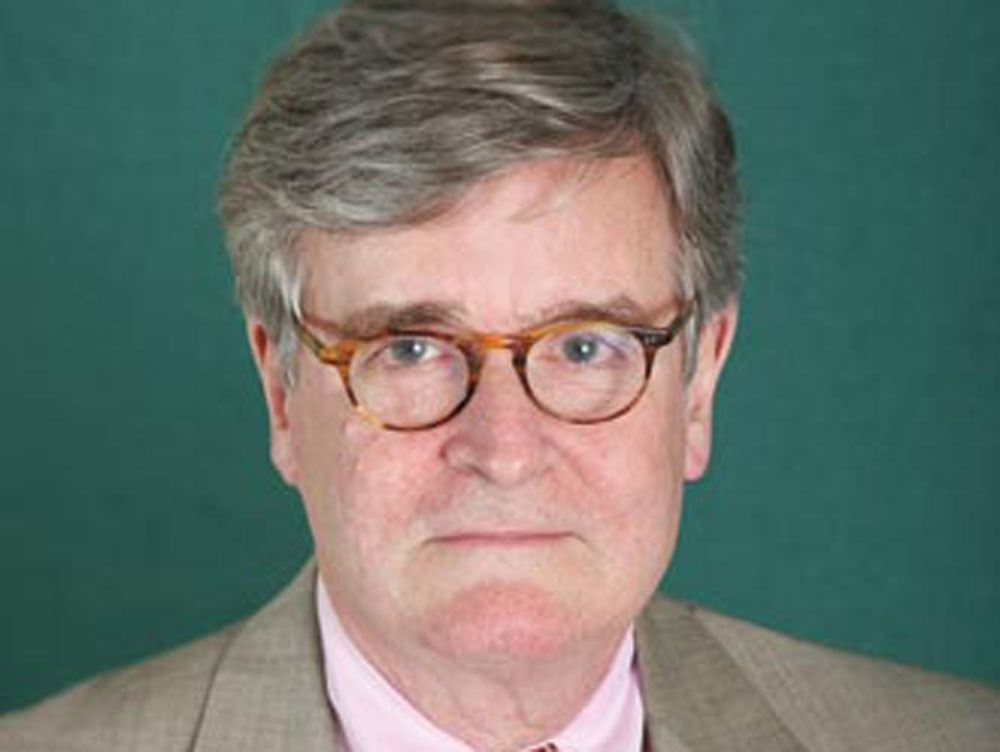 Ken Emerson writes about intersection of music and culture. He also the author of Always Magic in the Air: The Bomp and Brilliance of the Brill Building Era.

Emerson also points out that many of Foster's songs were more sophisticated than he had originally imagined.

"There's one song he wrote, for instance, ["The Glendy Burk"] which deliberately quotes two measures of Schubert and then quotes two measures of a Robert Burns Scottish ballad, so that you have sort of a Scottish [sound] and a German [sound] you know, spliced," Emerson explains. "And that kind of wit and craft is something that people didn't realize Foster possessed when we used to think of him as sort of this naive folk poet with his finger on the pulse of the American soul, in a sort of a salt-of-the-earth way. He was a much more conscious writer who didn't just compose his songs. He contrived them."

This interview was originally broadcast on June 17, 1997

Although some of Foster's blackface lyrics are abhorrent -- the second verse of "Oh! Susanna" is a shocker -- at their best they imbue African Americans with a dignity and pathos that were unprecedented. No songwriter had called a black woman a lady before "Nelly Was a Lady." Unbeknown to most of the throng that sings bowdlerized lyrics on Derby Day, "My Old Kentucky Home" does not celebrate cavaliers and crinolines in the Old South -- it invokes Uncle Tom's Cabin and indicts slavery for breaking up black families.

Nelly Was a Lady
Lyrics by Stephen Foster

Down on de Mississippi floating,
Long time I trabble on de way,
All night de cottonwood a toting,
Sing for my true-lub all de day.

3
When I saw my Nelly in de morning,
Smile till she open'd up her eyes,
Seem'd like de light ob day a dawning,
Jist 'fore de sun begin to rise.

5
Down in de meadow mong de clober,
Walk wid my Nelly by my side;
Now all dem happy days am ober,
Farewell my dark Virginny bride.

While many of his plantation melodies frequently expressed sympathy for the plight of slaves, Foster published scarcely any songs of political protest. "Hard Times Come Again No More" is a striking exception that has been recorded more frequently in recent years than any other Foster composition. It was probably inspired by widespread economic distress in 1854 and by Charles Dickens' recently serialized novel Hard Times, set in an imaginary Coketown -- "a town of machinery and tall chimneys, out of which interminable serpents of smoke trailed themselves forever and ever" -- that may have reminded Foster of Pittsburgh. In his declining days, which Foster eerily anticipated in the lurid "The Little Ballad Girl," he was reported to have sung "Hard Times" "with a pathos that a state of semi-inebriation often lends the voice."

Let us pause in life's pleasures and count its many tears
While we all sup sorrow with the poor:
There's a song that will linger forever in our ears;
Oh! Hard Times, come again no more.

2
While we seek mirth and beauty and music light and gay
There are frail forms fainting at the door:
Though their voices are silent, their pleading looks will say
Oh! Hard Times, come again no more.

3
There's a pale drooping maiden who toils her life away
With a worn heart whose better days are o'er:
Though her voice would be merry, 'tis sighing all the day
Oh! Hard Times, come again no more.

4
'Tis a sigh that is wafted across the troubled wave,
'Tis a wail that is heard upon the shore,
'Tis a dirge that is murmured around the lowly grave,
Oh! Hard Times, come again no more.

More than their comedy made Edward Harrigan and David Braham's musicals about life among the immigrants (and African Americans) teeming on New York City's Lower East Side crowd pleasers for decades. Audiences appreciated Harrigan's expressions of solidarity with the working class ("No Wealth Without Labor") and of sympathy for the oppressed, as when "McNally's Rows of Flats" equates the political, economic, and racial exploitation of slum housing with a previous American "peculiar institution": slavery. Harrigan and Braham, incidentally, interpolated a verse from Foster's "Hard Times" into the chorus of another of their songs.

It's down in Bottle Alley lives Timothy McNally,
A wealthy politician and a gentleman at that,
The joy of all the ladies, the gossoons and babies,
Who occupy the buildings call'd McNally's row of flats.

CHORUS
It's Ireland and Italy, Jerusalem and Germany,
Oh, Chinamen and nagers, and a paradise for cats,
All jumbled up togather in the snow or rainy weather,
They represent the tenants in McNally's row of flats.

2
The great conglomeration of men from ev'ry nation,
The Babylonian tower, oh! it could not equal that;
Peculiar institution, where brogues without dilution,
Were rattled off together in McNally's row of flats.

3
It's bags of rags and papers, with tramps and other sleepers,
Italian Lazaronees, there was lots of other rats,
A-lying on the benches, and dying then by inches
From open ventilation in McNally's row of flats.

4
It never was expected the rent would be collected,
They'd levy on the furniture, the bedding, and the slats!
You'd ought to see the rally and battle in the alley
A-throwing out the tenants from McNally's row of flats.

From Stephen Foster & Co.: Lyrics of the First Great American Songwriters, edited by Ken Emerson. Courtesy of The Library of America. 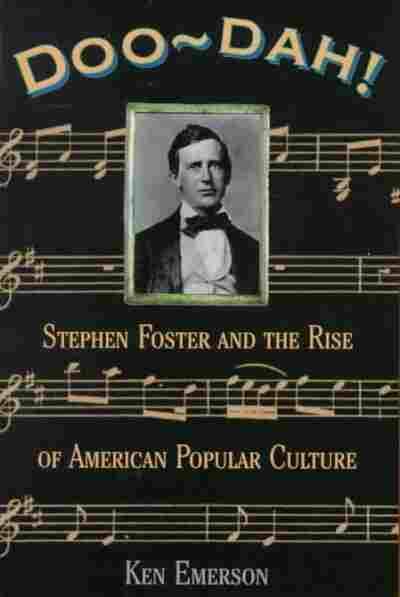 Stephen Foster and the Rise of American Popular Culture 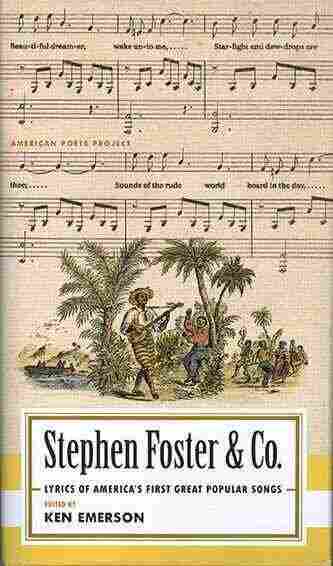 by Stephen Foster and Ken Emerson