Accessibility links
Massey CEO's Pay Soared As Mine Concerns Grew A statement filed with the SEC ahead of Massey Energy's annual stockholders meeting shows Don Blankenship was paid $17.8 million last year, nearly double his compensation in 2007. The company, which owns the mine where 29 miners died last week, was assessed $12.9 million in proposed fines for safety violations in 2009. 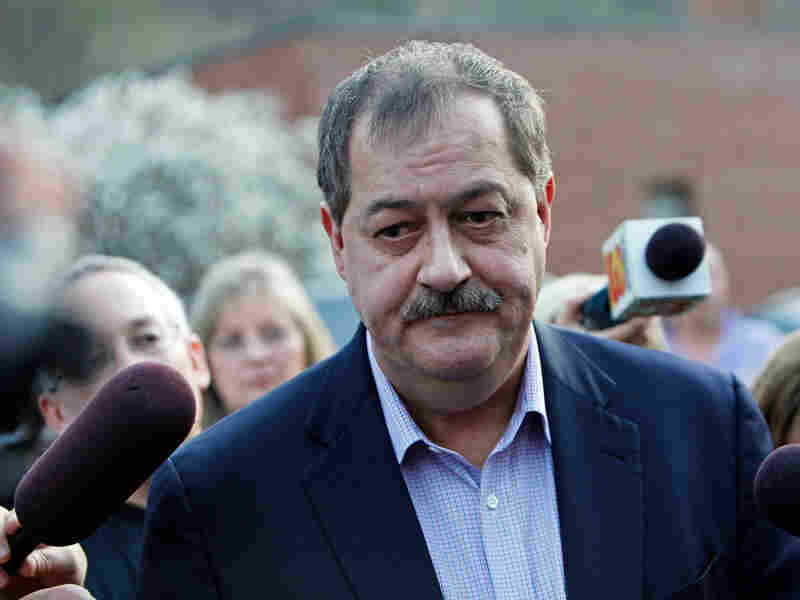 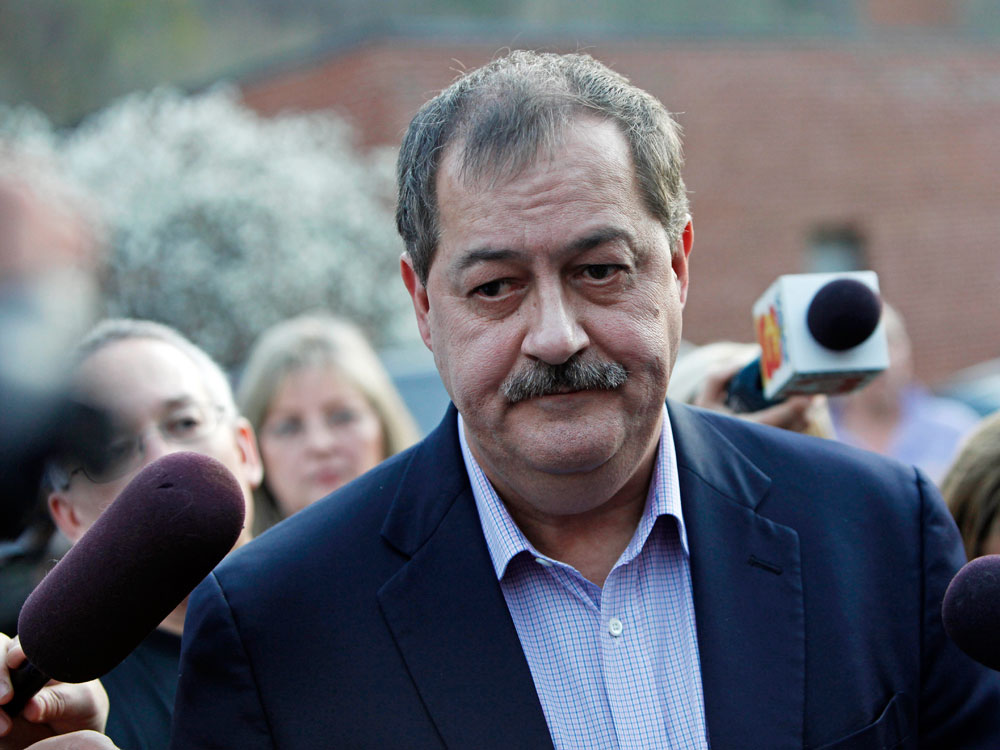 Massey Energy CEO Don Blankenship was paid $17.8 million last year even as some of the coal mines he supervised accumulated safety violations and injuries at rates that greatly exceed national rates.

Blankenship also has a deferred compensation package valued at $27.2 million at the end of last year.

The financial data is contained in Massey's 2010 proxy statement, which was filed with the Securities and Exchange Commission in advance of the company's May 18 annual stockholders meeting in Richmond, Va.

Massey Energy owns the Upper Big Branch Coal Mine in West Virginia where 29 miners died in a massive explosion on April 5. The mine disaster is the nation's deadliest in 40 years.

Blankenship met or came close to performance thresholds the Massey board established for each category, including the only safety category.

According to the statement, Blankenship is credited with a 13.9 percent reduction in work days lost to nonfatal injuries. Last year was the best year ever for that measure of safety, according to Massey, and the company's injury rate, as measured in lost work days, was better than the industry average.

"Our lost-time incident rate has been better than the industry average for 17 of the past 19 years and has been improving significantly," Massey Energy said in a statement on April 9.

Four of Massey Energy's mines had injury rates that were more than twice the national rate last year.

But not included in the compensation criteria are other measures of safety at Massey mines that prompted the Mine Safety and Health Administration to label Massey "a company with a history of violations, and a … company that MSHA was watching closely."

Those assessments are based on analyses of the safety records at Massey and the Upper Big Branch Mine.

In the year it paid Blankenship $17.8 million in salary, bonuses and perks, Massey Energy was assessed $12.9 million in proposed fines for safety violations. Massey has appealed three-quarters of those fines.

An analysis conducted by NPR News found that 10 of Massey's coal mines had injury rates in 2009 that exceeded the national rate. Miners in four of those mines, including Upper Big Branch, were injured at rates more than double the national rate. The 10 mines together received 2,400 federal safety violation citations last year.

MSHA reported this week that the Upper Big Branch Mine had "repeated significant and substantial [safety] violations" last year at 19 times the national rate. These violations prompted 48 "withdrawal orders" in which miners were immediately pulled from affected portions of the mine until the problems were corrected. MSHA characterized these as violations "the mine operator either knew, or should have known, constituted a hazard."

"Massey failed to address these violations over and over again," MSHA reported.

In one safety violation notice, an MSHA inspector wrote “management engaged in aggravated conduct constituting more than ordinary negligence in that production was deemed more important."

Mine Safety and Health News has reported that the rate of safety violations per day at the mine is about 30 percent higher than the industry average.

Massey Energy has issued several statements defending its safety practices, including this did one dated April 9.

Massey responded to some of the criticisms of its safety record on Thursday with a written statement noting the company received MSHA "Sentinels of Safety" Awards for three of its mines in 2009. That's a record for a single company in a single year, the statement said, adding "Massey believes in safety, accountability and responsibility."

The Associated Press applied its own "compensation formula" to the proxy statement, and concludes that Blankenship actually earned $19.7 million in 2008. That would mean a 12.3 percent decline in compensation in 2009.

Massey stockholders and industry analysts have an opportunity to question the company about Blankenship's compensation package and Massey's safety record, if they care to, during a teleconference April 22 reviewing the company's financial performance for the first three months of 2010.

The annual stockholders meeting May 18 will provide another opportunity for stockholder questions.

At least two shareholders have demanded Blankenship's resignation. Another shareholder group, the Manville Personal Injury Settlement Trust, has filed suit against Blankenship and the Massey Energy Board of Directors.

The lawsuit alleges that Blankenship and the board "consciously failed to ensure that the Company complied with laws and regulations designed to ensure worker safety."

As Massey Energy filed its proxy statement with the SEC, a woman widowed by the Upper Big Branch explosion filed the first wrongful death suit in the incident. Marlene Griffith said she and her husband, William, a miner at Upper Big Branch since 1992, were about to celebrate their 33rd wedding anniversary. William Griffith was among the four miners missing for five days after the explosion.

The average annual wage of a coal miner in West Virginia is $68,000, according to the U.S. Bureau of Labor Statistics.