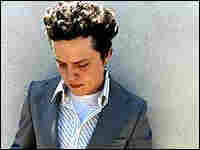 Both as a member of Drive-By Truckers and in his solo career, singer/songwriter Jason Isbell has proven himself to equally adept at writing catchy power-pop songs and pounding out overdriven guitar riffs. Isbell joined the genre-defying Southern alt-rock band in 2003, becoming an integral part of its signature "three-axe" attack. After parting ways with Drive-By Truckers in 2006, Isbell struck out his own, assembling a backing band whose members have roots in both DBT and other Southern rock and soul bands.

Recorded over a span of four years, Isbell's new solo debut (Sirens of the Ditch) showcases a power-pop disposition that generally favors pianos and pedal-steel over the buzzing, overdriven guitars of his previous band.